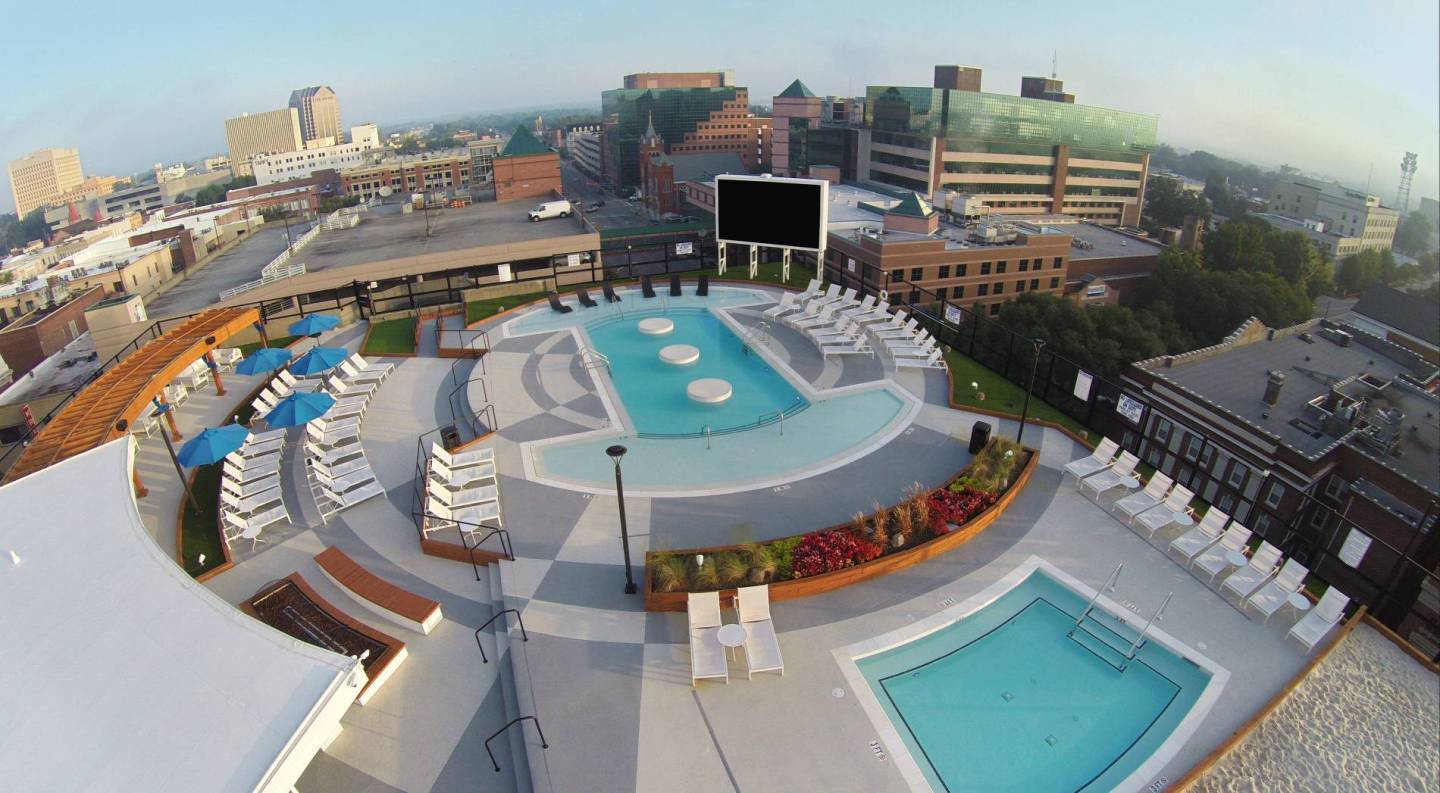 In the first offering of its kind, U.S. investors can now acquire a piece of South Carolina real estate in the form of blockchain tokens. The tokens represent ownership in a luxury student residence called The Hub, pictured above, which is located near the University of South Carolina in the state’s capital.

The offering is significant because it amounts to the first tokenized REIT in the U.S. This means the owner, Convexity Properties, is providing a traditional real estate investment but one that uses blockchain—a tamper proof ledger technology run across disparate computers—to parcel out stakes.

Convexity Properties, which aims to raise $20 million with the token sale, will let accredited investors buy in for as little as $21,000. The buyers will receive tokens that amount to securities, which they will eventually be able to sell on cryptocurrency exchanges.

According to Josh Stein, who is the CEO of a company called Harbor that designs the real estate tokens, the blockchain process is superior because it has fewer transaction costs—such as lawyers’ fees—than traditional property sales.

“Think of it like the transition from snail mail to email that occurred in offices in the 1990s. The content was the same but the digital format made it faster, cheaper, and easier to send,” he said.

Stein added that the student resident deal is intended to be a template for many other future blockchain real estate sales. He believes the blockchain element will make real estate a far more liquid market, allowing investors to purchase parts of buildings with the same ease as they now buy stocks online.

Don Wilson, the CEO of Convexity Properties’s parent company DRW, said the firm chose the student residence as its first blockchain offering because it is an easy to understand investment. He says tokens in The Hub will come with a right to receive a 5% dividend.

While the real estate offering uses the same blockchain technology that underpins cryptocurrencies like Bitcoin, the tokens cannot be bought and sold as freely. That’s because Harbor has added layers of code to the tokens to ensure any transactions comply with know-your-customer laws and other such regulations.

This process represents a concept known as “programmable assets” and, in practice, means that the software will refuse any sale that seeks to transfer the real estate token to a disqualified individual.

The student residence offering is not technically the country’s first blockchain real estate sale. Earlier this summer, the luxury St. Regis hotel in Aspen, Colorado, announced a plan to sell real estate tokens in partnership with the crowdfunding site Indiegogo. Stein says the residence offering is different, however, because it is the first institutional-grade offering available to any accredited investor.

Stein also predicts these offerings are just a start, and that all sorts of properties will soon be available in the form of blockchain tokens.

“It’s an exciting beginning but think about when there’s a bunch of these. You could create a fund for a series of Class A office buildings, or go long or short on different neighborhoods,” he said.