Taylor Swift got senators to agree on a rare bipartisan issue 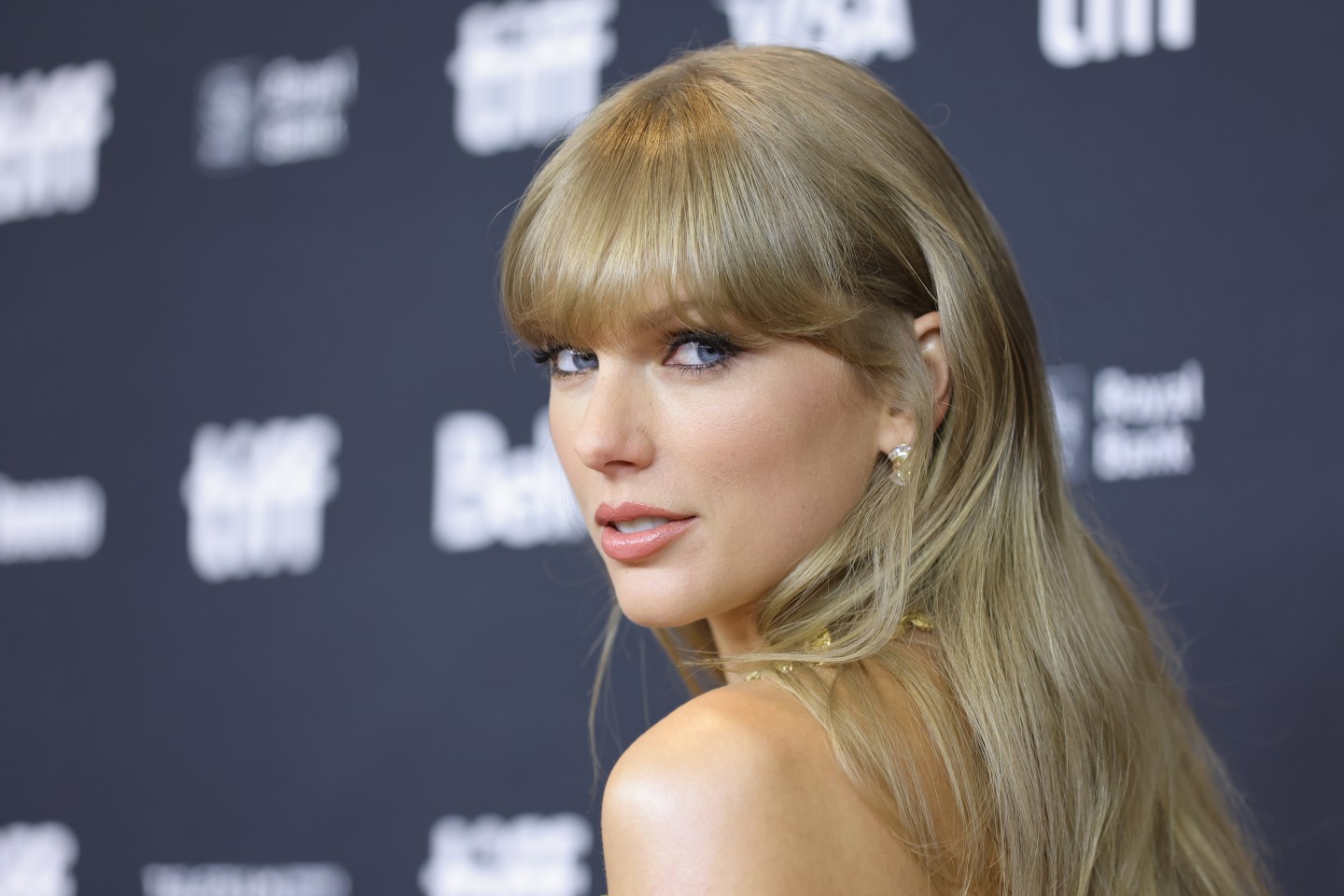 Lawmakers grilled ticketing execs on consolidation in their industry and the failed Ticketmaster rollout of Taylor Swift tickets in November.
Amy Sussman—Getty Images

Good morning, Broadsheet readers! Oscar nominations are in; Time’s Up will shut down; and lawmakers take on Ticketmaster. Have a great Wednesday.

Look what you made them do. Taylor Swift’s fans like to say that she “is the music industry.” Seventeen years into her career, the 33-year-old has put out 10 original albums and breaks streaming and chart records nearly every time she releases a track. She’s writing and directing a feature film and redefined what ownership means in the music industry by rerecording her own work.

So it should come as no surprise that Swift was the one who got Congress to come together on a rare bipartisan issue: the mess that is the ticketing industry. The Senate Judiciary Committee convened yesterday for a hearing devoted to the live entertainment ticketing industry, which lawmakers say is a monopoly that has failed consumers. They were motivated to take action by the November fiasco that was Ticketmaster’s rollout of tickets for Swift’s upcoming Eras tour. Fans waited for hours for the chance to buy tickets, with hefty fees attached; still, thousands were confronted with site errors and left without any tickets in hand.

Swift, though she didn’t appear in Washington yesterday, was unhappy with the company’s rollout. “It’s truly amazing that 2.4 million people got tickets, but it really pisses me off that a lot of them feel like they went through several bear attacks to get them,” she said in November. Joe Berchtold, president and CFO for Ticketmaster parent Live Nation, told senators that he blamed bot attacks and “industrial scalpers” for the platform’s failures.

Lawmakers grilled ticketing execs on consolidation in their industry and the failed Ticketmaster rollout of Taylor Swift tickets in November.
Amy Sussman—Getty Images

Lawmakers grilled Berchtold and SeatGeek CEO Jack Groetzinger on what has gone wrong in their industry. They questioned the 2010 merger of Live Nation and Ticketmaster, which created a giant in the industry. They pointed out that it’s not just ticketing: Live Nation acts as a promoter and owns venues, creating a monopolistic environment throughout live entertainment.

Some senators couldn’t resist having a little fun with Swift’s lyrics. Sen. Richard Blumenthal (D-Conn.) told Live Nation to look in the mirror and acknowledge, “I’m the problem, it’s me.” Sen. Mike Lee (R-Utah) called the idea of limits on ticket resale “a nightmare dressed like a daydream.” And Sen. Amy Klobuchar (D-Minn.) said that Congress knows “all too well” the impact of too much consolidation in one industry.

The hearing seemed to some to be a precursor to potential Department of Justice antitrust action against Live Nation. If the ticketing giant is broken up, Swift will have played a major part. But it’s not just the pop star who gets credit; her legions of fans deserve kudos, too.

“We’ve seen consolidation in 75% of the industries in this country, and people are catching on,” Klobuchar said before the hearing. “Taylor Swift fans sure caught on.”

The Broadsheet is Fortune’s newsletter for and about the world’s most powerful women. Today’s edition was curated by Kinsey Crowley. Subscribe here.

And the nominees are. Everything Everywhere All at Once led the pack of Academy Award nominees with 11 nominations, including Michelle Yeoh for best actress and Jamie Lee Curtis and Stephanie Hsu for best supporting actress. No female directors received nominations. Vulture

Time’s up for Time’s Up. The organization that advocated systemic change for sexual assault and harassment survivors announced it will cease operations this month following a series of scandals. All remaining resources will shift to the Time's Up Legal Defense Fund, which is administered separately. Associated Press

MOVERS AND SHAKERS: Mandela Schumacher-Hodge Dixon will transition from All Raise CEO to adviser, and Paige Hendrix Buckner will replace her as interim CEO. Carina Ruiz Singh has been named managing partner for Deloitte’s Silicon Valley office. Jessica Tsai Chin, a brand executive from Nike and WhatsApp, has joined blockchain company the Algorand Foundation as CMO.

Pelosi poser. The man photographed lounging in former Speaker of the House Nancy Pelosi’s office during the Jan. 6 insurrection has been charged with eight federal crimes related to the incident. Washington Post

Who gets WFH? JPMorgan CEO Jamie Dimon, a staunch opponent of working from home, said that it should be an option for women to help with the burden of childcare. He also said it makes sense for coders and researchers, but it doesn’t work for managers. Insider

Record-breaking win. Mikaela Shiffrin won her 83rd World Cup race, beating Lindsey Vonn’s record for most victories by a female skier. The 27-year-old only needs to win four more to break the record for most World Cup wins by any skier. New York Times

Tiana’s Bayou Adventure. Disney World’s Splash Mountain ride closed over the weekend, prompted in part by a Change.org petition that pointed to the ride’s problematic themes. The ride will be renovated and reopened in late 2024 as Tiana’s Bayou Adventure to celebrate Disney’s first Black princess. NPR

On Velma, Mindy Kaling, and whether brown girls can ever like ourselves on TV Teen Vogue

How bad a candidate was Kari Lake? This bad Washington Post

“It did scare me, but I just had to take the leap and make a sound. And I was so excited about what came out.”

—Shania Twain, reflecting on singing for the first time after throat surgery