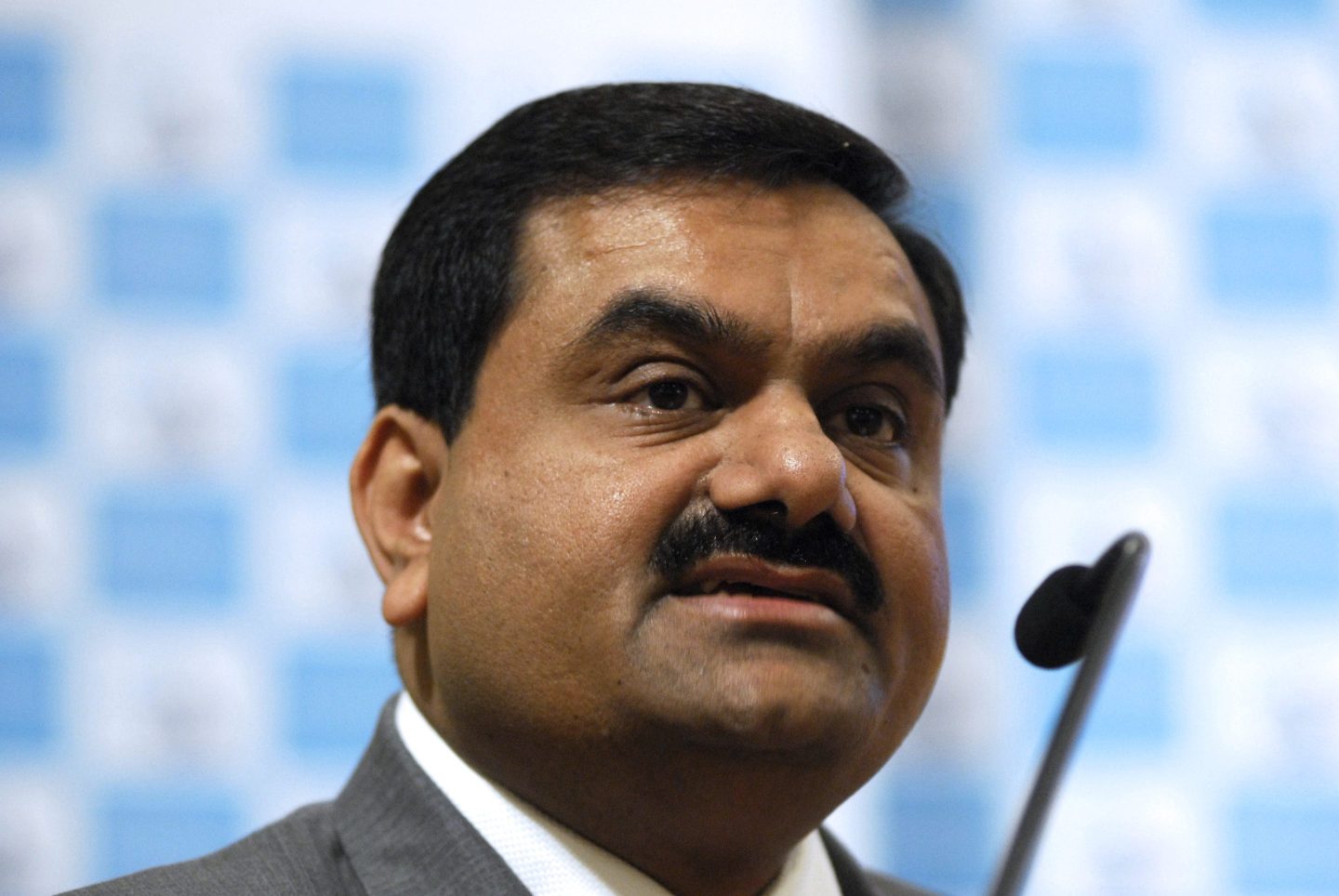 Asia’s wealthiest person saw his fortune take a hit on Wednesday, after a famed U.S. short-seller accused him of “pulling the largest con in corporate history.”

In a report published on Tuesday, Hindenburg Research said Adani Group and its founder, Gautam Adani—one of the richest people in the world—had engaged in “a brazen stock manipulation and accounting fraud scheme over the course of decades.”

Hindenburg Research has a history of shining a light on corporate malpractice, successfully predicting the demise or exposing the shortcomings of several companies, including Nikola, Riot Blockchain, and China Metal Resources Utilization.

It announced on Tuesday that it had concluded a two-year investigation into Adani Group, which involved speaking with dozens of insiders, including former senior executives, as well as reviewing thousands of documents and carrying out “diligence site visits” in several countries.

The firm’s financial problems have been widely reported on, but Hindenburg warned that the company’s use of its “inflated stock” as loan collateral was “putting the entire group on precarious financial footing.”

However, the problems with Adani Group’s finances were much deeper than its stock being overpriced, Hindenburg said.

Through its wide-reaching investigations, Hindenburg said it had uncovered a “vast labyrinth of offshore shell entities” being managed by Adani’s older brother, Vinod.

Thirty-eight of those shell companies were in Mauritius, the report claimed, with others discovered in Cyprus, the UAE, [hotlink]Singapore,[/hotlink] and the Caribbean.

“The shells seem to serve several functions, including stock parking/stock manipulation and laundering money through Adani’s private companies onto the listed companies’ balance sheets in order to maintain the appearance of financial health and solvency,” Hindenburg’s report said. “This offshore shell network also seems to be used for earnings manipulation.”

A former trader at the fund reportedly said it was obvious the Adanis controlled those shares, but that the fund had been “intentionally structured to conceal their ultimate beneficial ownership.”

In India, shares of publicly listed companies that are held by those involved with establishing or controlling the business must be disclosed by law.

The rules also dictate that listed firms have at least 25% of their shares held by “non-promoters” in order to mitigate manipulation and insider trading.

“Four of Adani’s listed companies are on the brink of the delisting threshold due to high promoter ownership,” the report alleged.

“Our research indicates that offshore shells and funds tied to the Adani Group comprise many of the largest ‘public’ (i.e., non-promoter) holders of Adani stock, an issue that would subject the Adani companies to delisting, were the Indian securities regulator’s rules enforced.”

As well as using offshore shell companies to hold stock, Hindenburg’s researchers also detailed how the family was using them to send money to their publicly traded firms.

“The funds then seem to be used to engineer Adani’s accounting (whether by bolstering its reported profit or cash flows), cushioning its capital balances in order to make listed entities appear more creditworthy, or simply moved back out to other parts of the Adani empire where capital is needed,” they said.

They noted that Adani’s personal fortune had been boosted over the past three years by Adani Group stock price appreciation, with its seven core firms seeing an average price rise of 819% over that period.

However, they argued that these elevated prices—and thus Adani’s net worth—could not be sustained.

“Even if you ignore the findings of our investigation and take the financials of Adani Group at face value, its seven key listed companies have 85% downside purely on a fundamental basis owing to sky-high valuations,” they said in Tuesday’s report.

Representatives for the Adani Group did not respond to Fortune’s request for comment on Hindenburg’s investigation.

However, the organization publicly refuted the allegations on Wednesday, arguing that they had been made in an attempt to sabotage the success of Adani Enterprises’ upcoming follow-on public offer (FPO), which is expected to go live on Friday, Jan. 27.

Last year, Adani Group announced it would inject more shares of Adani Enterprises—one of its public divisions—into the market after its stock price surged more than 3,300% in three years.

Since debuting on the stock market in the 1990s, shares of Adani Enterprises have seen their value rise by more than 50,000%.

On Wednesday, it was reported that the company’s $2.45 billion secondary share offering—India’s largest-ever FPO—was oversubscribed by anchor investors.

“The report is a malicious combination of selective misinformation and stale, baseless, and discredited allegations that have been tested and rejected by India’s highest courts,” the company’s CFO Jugeshinder Singh said in a statement on Wednesday.

“The Group has always been in compliance with all laws, regardless of jurisdiction, and maintains the highest standards of corporate governance,” he insisted.

“Our informed and knowledgeable investors are not influenced by one-sided, motivated, and unsubstantiated reports with vested interests.”

Despite Singh’s assertion that “the investor community has always reposed faith in the Adani Group,” Hindenburg’s report triggered a massive selloff of the corporation’s listed businesses on Wednesday.

On average, the group’s listed firms saw more than 5% wiped off their value during Mumbai’s trading session on Wednesday, according to the Financial Times—amounting to a $10.8 billion hit on the companies’ combined market caps.

The retreat from the company’s stock also had wider implications for Indian businesses, generating a ripple effect that saw Indian shares as a whole take a downward turn.

What does Adani Group do?

It has interests in energy, infrastructure, agriculture, and transport.

Who is Gautam Adani?

As his company’s stock nose-dived on Wednesday, Adani personally lost almost $1 billion—or 0.8%—of his fortune, according to the Bloomberg Billionaires Index, which ranks Adani as the fourth wealthiest person in the world.

Last year, Adani briefly held the title of the world’s second richest person, as his fortune continued to climb while sinking U.S. tech stocks bit into the wealth of Bezos and other billionaires whose fortunes were tied to the success of Big Tech.

Bloomberg reported at the time that Adani’s fortune had risen more than anyone else’s in 2022.

Regardless of his position among the top five wealthiest people on earth, the self-made tycoon—who describes his company’s operations as “nation building”—is firmly the richest person in Asia, with a net worth of around $119 billion.

However, Adani’s phenomenal rise in wealth and power hasn’t been without controversy.

In the past, Adani’s close relationship with Indian Prime Minister Narendra Modi has led to allegations that his success has arisen from “brazen cronyism.”

He also holds stakes in other airports around the country, after scooping up all six airports that were approved for privatization by the Indian government in 2018 after officials relaxed the rules about which companies were permitted to operate them.

Since 2020, his personal fortune has skyrocketed by more than 1,200%, data from Forbes shows.