Beyoncé earned $24 million for a one-hour concert in Dubai. Here’s the hotel room she stayed in that costs $100,000 a night 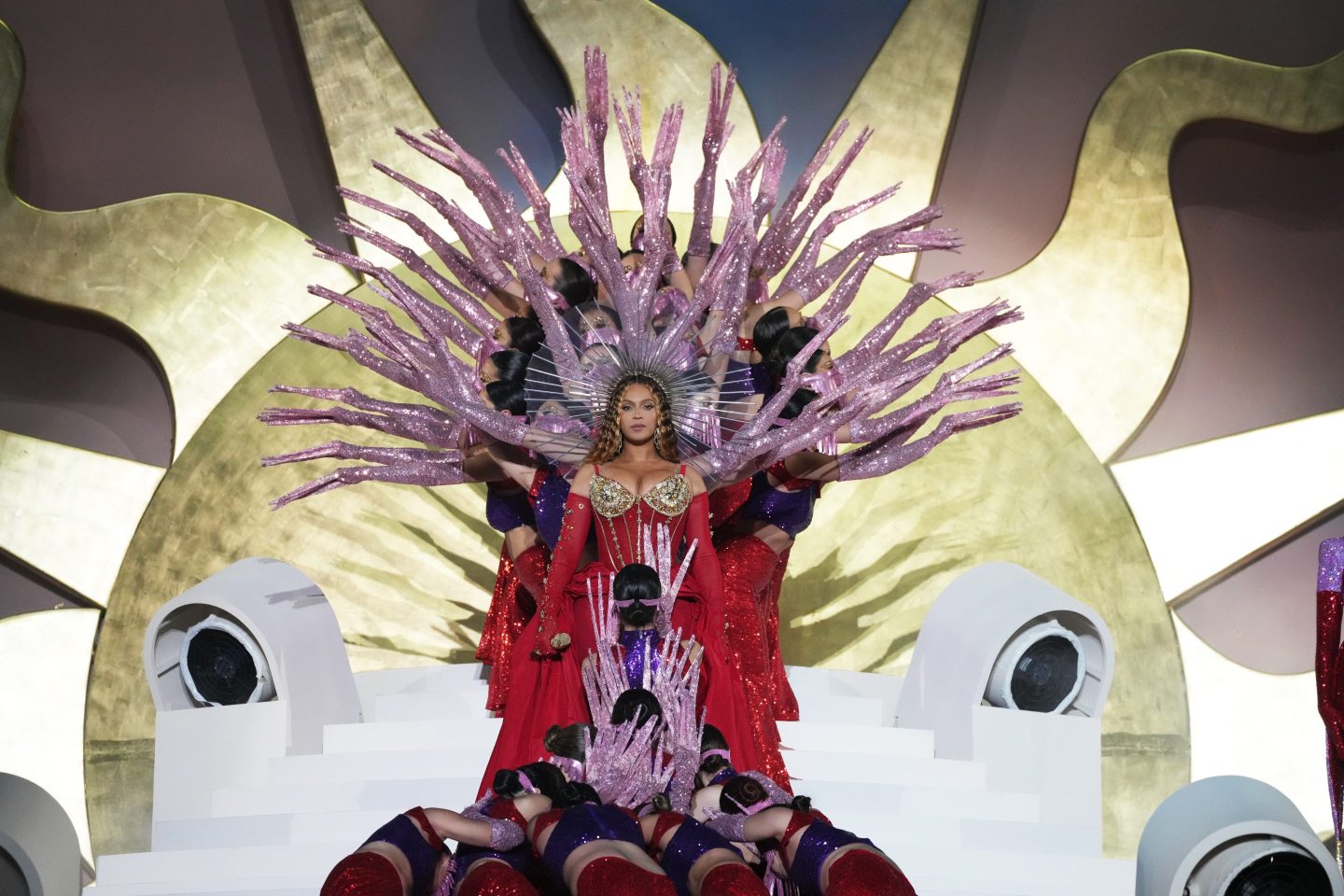 If you feel like you had a chill Saturday night, you might not want to see what Beyoncé was up to this weekend. That is, unless you’re Nia Long or Kendall Jenner or any of the other stars who attended Queen Bey’s performance at the grand reveal of the new Atlantis The Royal in Dubai.

The A-lister was reportedly paid $24 million for the hourlong VIP concert at the hotel—her first since 2020. It’s paychecks like these that have helped Beyoncé become one of America’s richest self-made women, with a $450 million net worth.

The concert was equipped with fireworks, an orchestra of 48 women, outfit changes, and backup dancing from Lebanese dance troupe the Mayyas. Even her daughter made an appearance, as Blue Ivy reportedly joined her mother for a rendition of “Brown Skin Girl.”

It ended with a bang (many bangs if you watch the leaked video); during the finale, Beyoncé rose from the stage on a pillar singing “Drunk in Love” as fireworks went off and flames burst from a water fountain. And then, like the rest of us, Beyoncé had to go to bed.

A rendering of what the expansive bedroom looks like in the Royal Mansion.
Courtesy of Atlantis The Royal

Upon entering the Royal Mansion, guests of Beyonce caliber will be met with two fully grown trees. From there, it just gets more grand.

Dubbed the “Royal Mansion,” the room “is the most expensive, and, we believe, also the largest mansion in the world,” Atlantis Resorts Managing Director and Vice President Timothy Kelly told local publication Arabian Business.

A rendering of a bathroom in the Royal Mansion.
Courtesy of Atlantis The Royal

The mansion also has “the capability of having 18 rooms attached to it,” Kelly added.

The sprawling terrace and a basket of many apples in the Royal Mansion.
Courtesy of Atlantis The Royal

The hotel is certainly trying to make a name for itself with its opulence. That all starts with the exterior, which is a staggered instead of simply upright. NYC’s Kohn Pedersen Fox Associates designed it.

The exterior of Atlantis the Royal, the hotel where Beyoncé performed.
Francois Nel—Getty Images for Atlantis Dubai

And it’s just as showy inside as it is intricate on the outside, featuring a gleaming silver statue in the lobby to herald visitors in and gilded accents in the hallways.

The interior of Atlantis The Royal.
Cedric Riberio—Getty Images for Atlantis Dubai

Standing at 43 stories high, there’s room for 231 residences and 795 rooms (102 of which are suites), making room for private pools and courtyards and for all guests of the White Lotus ilk.

The interior of one of the suites at Atlantis The Royal.
Francois Nel—Getty Images for Atlantis Dubai

Bloomberg reports that 44 suites have infinity pools and the biggest jellyfish aquarium in the world.

Each villa suite comes with an infinity pool, if that’s something you need
Francois Nel—Getty Images for Atlantis Dubai

“We were asked to dream big on this project. To create something unique and iconic for Dubai—and when I look at it now, I’m amazed by the audacity of the whole undertaking,” James von Klemperer, president and design principal of Kohn Pedersen Fox Associates, said in a press release.

While it can’t host a Beyoncé concert every night, the hotel does offer celebrity chef restaurants. And the United Arab Emirates’ best passport in the world just might help bring tourists and high-net-worth travelers there in the long-term.