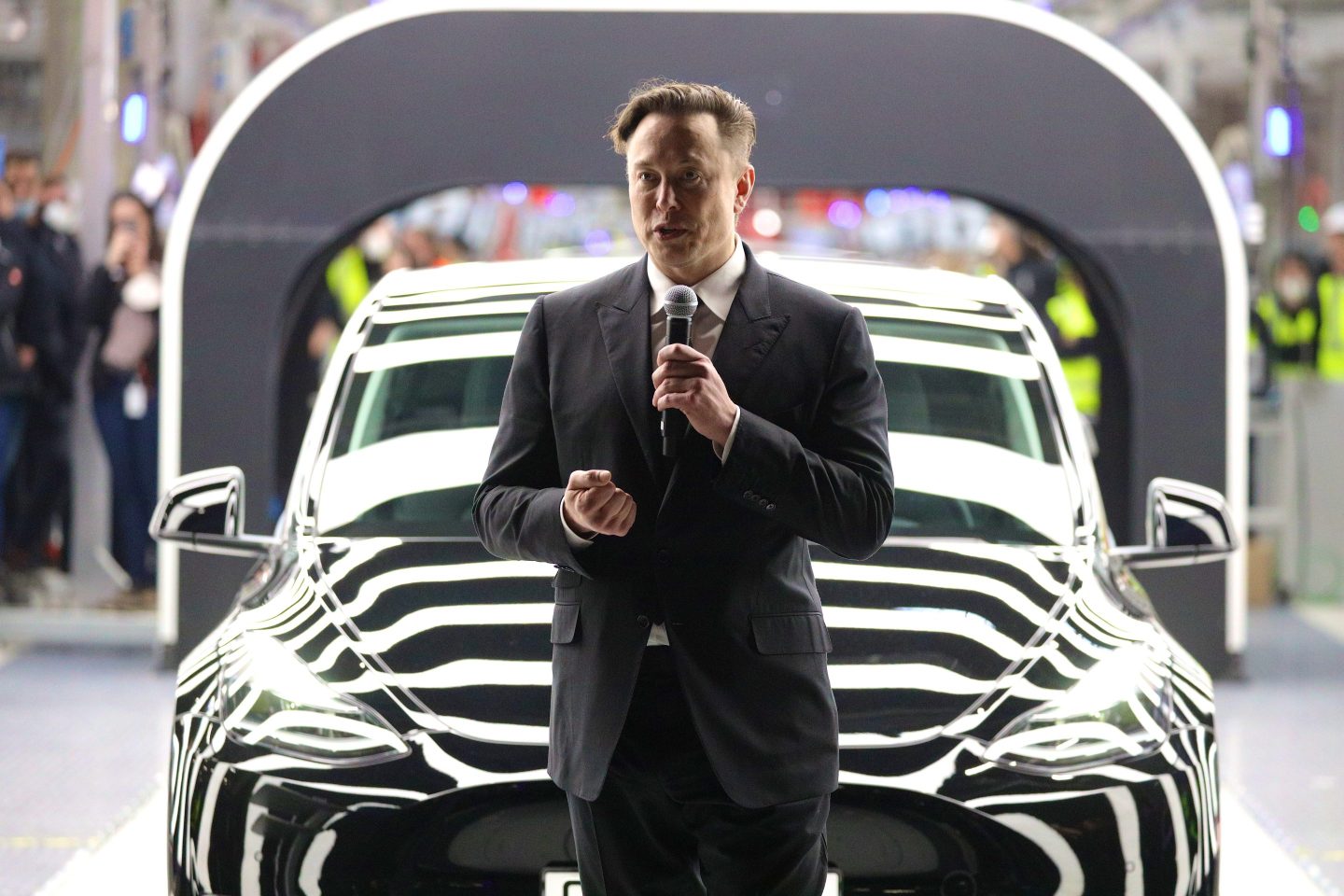 After a brutal year for investors in 2022, Tesla stock has soared more than 30% this month alone—and that’s in spite of major price cuts to the company’s vehicles in the U.S. and Europe.

Retail investors have piled into Elon Musk’s EV giant over the past six months, spending more on Tesla shares than they did in the previous five years combined, the Wall Street Journal reported Monday, citing data from Vanda Research. But Joseph Foudy, an economics professor at New York University’s Stern School of Business, is warning that Tesla faces “both short term and long term risks” that could ruin the party.

Foudy isn’t alone in saying that Musk needs to refocus on Tesla. Wedbush’s tech analyst Dan Ives explained in a Tuesday research note that Musk has “essentially gone from a superhero with a red cape to a villain in the eyes of many investors” because his “Twitter fiasco” is hurting Tesla’s stock price. And Foudy said that Musk’s latest trial is another long-term risk for Tesla because it could affect Wall Street’s trust in the company. Musk is appearing in court this week over claims he misled investors in 2018 when he tweeted that he had the funding secured to take Tesla private at $420 per share.

“He [Musk] just has an amazingly fraught relationship with Wall Street,” Foudy said. “It just means that every statement from Tesla moving forward is going to be incredibly parsed. And it just reminds analysts and investors of every past case where they missed earnings, made promises on products that never came to fruition—every past statement that wasn’t borne out.”

Foudy also believes that Musk’s recent politically charged comments—including his claim that he will vote Republican, complaints about his $11 billion tax bill, and his hard-line anticensorship stance—could be reducing the size of his customer base in key markets in the U.S. and Europe.

“Tesla customers lean affluent, well-educated, they tend to live in blue states, and the whole fight over censorship seems perfectly tuned to antagonize them,” he said, arguing that Musk’s comments represent a long-term risk for investors.

Finally, Foudy said that “a slew of competition entering the market” could weigh on Tesla’s sales in the future, referencing the rise of BYD in particular—the Chinese firm that surpassed Tesla to become the world’s top seller of EVs last year. He noted that there are also “dozens and dozens” of new EVs available on the market today from U.S. and European car makers. This year alone more than 40 new all-electric models are launching in North America.

With rising EV competition, Tesla’s earnings report, which will be released on Wednesday after the market closes, is drawing the attention of investors and analysts. Ives called the report “one of the most important” in the company’s history, and said that he will be focused on three key topics: price cuts effects on margins, delivery growth targets, and Musk himself.

Tesla has slashed prices across its EV lineup in the U.S., China, and Europe in recent months—by as much as 20% in some cases. Ives said that cuts are a “strategic poker move” meant to defend Tesla’s “EV turf,” but noted that they come at the cost of reduced margins.

Second, Ives said that he is looking to see Musk “rip the Band-Aid off” and give a more realistic delivery target for this year. Previously, Tesla set a long-term growth target of 50% for deliveries, but Ives believes a 35% to 40% figure would be more reasonable given the slowing global economy. And Finally, Ives said that Musk needs to reassure investors that he is focused on his “golden child” Tesla, touch on how Tesla fits into his negative view of the economy, provide insight into demand in China, and discuss the “Twitter situation” to calm investors’ nerves.

“Tesla is Musk and Musk is Tesla. With all the worries about Musk’s attention on Twitter, selling Tesla stock, naming a new Twitter CEO, and other noise created by this ongoing soap opera, this is a key moment of truth for Musk,” he wrote. “Elon needs to give investors comfort around this tight wire balancing act and reiterate his goals for the year and lay out the strategic vision despite a near-term dark macro.”