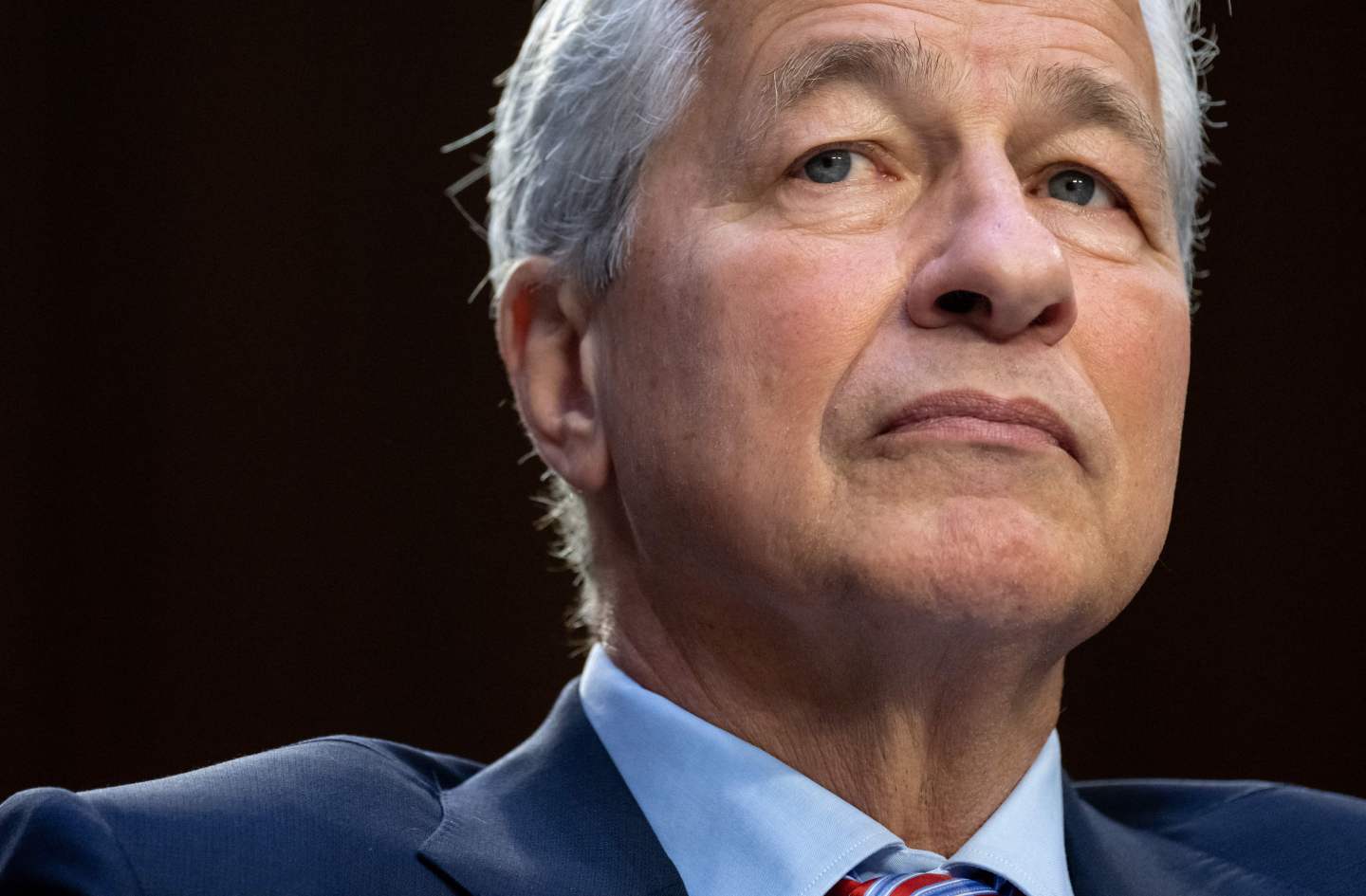 Wall Street's Jamie Dimon, CEO of the world's most valuable bank, is worried more about brinkmanship over the debt ceiling than he is about interest rates or the economic outlook.
SAUL LOEB—AFP via Getty Images

Jamie Dimon is worried—not so much about where interest rates are heading or even the economic outlook, but rather Washington’s impending standoff over the debt ceiling.

The head of the world’s most valuable lender, J.P. Morgan Chase, fears Beltway hardliners in Congress may risk a Defcon 1-style crisis in financial markets by bringing the country to the very brink of default on the $31 trillion it owes creditors.

“I don’t care who blames who,” he told CNBC’s SquawkBox in Davos, where he was attending the World Economic Forum. “Even questioning [the government’s ability to pay its bills] is the wrong thing to do.”

The debt ceiling dilemma has cropped up before, so the real cause for concern is the political bargaining skills of House Speaker Kevin McCarthy.

In exchange for being elected this month after a historic 14 failed votes, he struck a deal that could see the fringe extremists in his party’s so-called Freedom Caucus impede negotiations over raising the debt ceiling.

The problem is if their beef is with government spending, they’re barking up the wrong tree. It is Congress itself that controls the purse strings, not the executive branch.

The U.S. Treasury merely issues government bonds in the debt market. These close the shortfall between the spending that Congress already budgeted and approved on the one side and the revenue raised through federal taxes on the other.

Brinkmanship could drive up borrowing costs for everyone

But by holding Secretary Janet Yellen’s department for ransom, Republican hardliners aligned with Donald Trump hope to hijack the legislative agenda in the new 118th Congress and McCarthy is too weak at present to oppose them.

This dangerous game of brinksmanship could drive up borrowing costs across the country should investors vote with their feet and begin liquidating their U.S. assets.

“We should never question the creditworthiness of the United States government,” warned Dimon. “That is sacrosanct, it should never happen.”

Risk is quite literally priced off the 10-year note: the appetite for everything from equities to cryptocurrencies is measured in terms of the premium investors charge to own these assets over ultra-safe Treasuries.

Moreover, the mere functioning of the credit system could be severely disrupted.

The U.S. wholesale secured lending, or “repo”, market, responsible for an estimated $4 trillion worth of interbank transactions every day relies predominantly on sovereign debt as a guarantee.

If lenders were forced to impose haircuts on the value of that collateral, credit could dry up.

Therefore a default would likely cascade through the entire financial system with price effects rippling through numerous asset classes, starting in the U.S. before quickly expanding into Europe and Asia.

Inflation building under the surface

“There is a lot of underlying inflation which won’t go away so quick. We’ve had the benefit of China slowing down, the benefit of oil prices dropping a little bit,” Dimon said.

With Beijing ending its draconian and ultimately ineffective zero COVID policy, more Americans leaving the workforce as well as upstream investment in petroleum exploration and drilling on the decline, there will be more inflationary pressures bubbling up from below.

By comparison, Dimon seemed serene when asked about growth risks and the severity of any potential recession after his foretelling of a “hurricane” alarmed markets last May. The JP Morgan boss said the accuracy of any such predictions more often than not leave something to be desired.

“It’s like the weather,” he said dismissively, recommending clients instead prepare for a range of varying macroeconomic scenarios.

Finally, Dimon briefly addressed a question on Frank, the fintech his commercial banking arm Chase bought in 2021 that it now believes fabricated over 4 million fictitious accounts to pass due diligence.

He said his team was still analyzing what lessons to take away from the deal, but he called it a “small mistake” that suggested he wasn’t overly troubled.

“I don’t want our people to be afraid of making a mistake, that’s a bad way to run a business,” Dimon said.