American executive pay is ‘like daylight robbery,’ says CEO of one of the world’s largest sovereign wealth funds 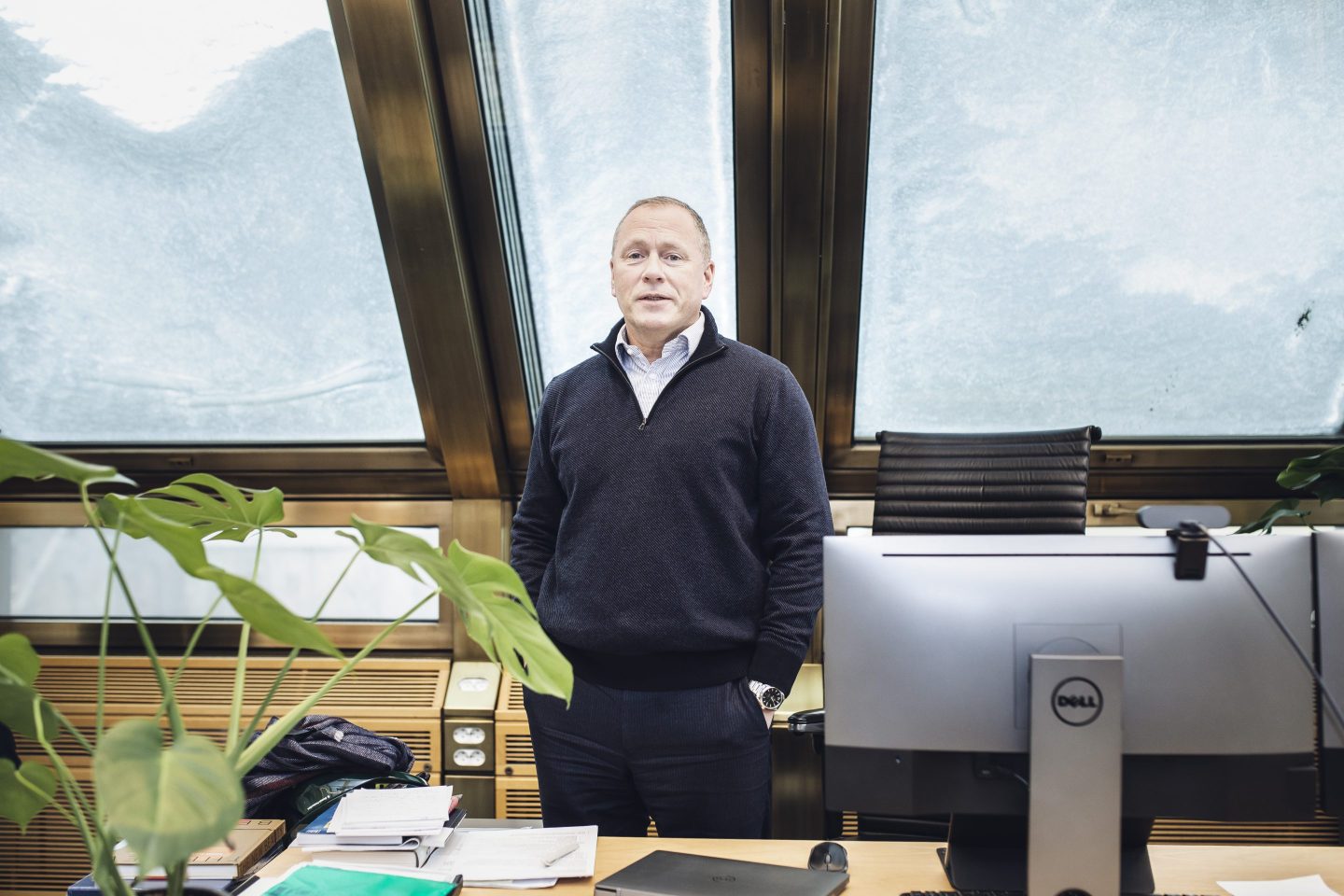 Hello, and welcome to this special Impact Report from Davos, where I spent the week talking to chief sustainability officers, CEOs, and other impact-oriented business leaders.

Without a doubt, the most vocal person I spoke to was Nicolai Tangen, CEO of the Norwegian sovereign wealth fund. With more than $1 trillion invested in public companies all over the world, or the equivalent of about 1-2% of shares in every large publicly listed company, Tangen’s fund is one of the world’s largest investors, and a voice to be reckoned with.

Just like other asset managers, Tangen is looking for the best return on his investments. But he’s also an activist ESG investor, pushing companies to adopt net-zero targets (the “E” in ESG), limiting excessive executive pay (part of the “S” of ESG), and demanding that companies, particularly in the U.S., separate the CEO and chairman roles in their governance structure and diversify their boards (the “G” in ESG).

In an interview with me, Tangen once more took aim at the pay of his fellow CEOs, many of whom he regularly interacts with as one of the largest institutional investors in their companies. CEOs who earn more than, say, $20 million a year, he says, are “enriching themselves on our behalf.” “It’s like daylight robbery,” he told me. (As a public servant, Tangen himself earns less than $1 million a year.)

It’s a remarkably outspoken stance for a sovereign wealth fund, but Tangen and his pension fund are walking the talk. They vote at some 12,000 companies’ general assemblies. And at the companies that propose excessive executive pay packages, which many American ones do, his fund doesn’t hesitate to vote against the pay hikes. His fund also often interacts with the CEOs of the companies it invests in directly.

That led to some recent successes. Tim Cook, CEO of Apple, last week announced that he would take a 40% pay cut compared to last year, landing at a still very cushy $49 million. That decision came about after Tangen’s fund, which is the eighth largest investor in Apple, last year publicly announced it would vote against the company’s proposed executive pay packages. “It is fantastic that companies like Apple half their executive pay,” Tangen told me.

On other ESG topics too, Tangen is eyeing wins in the upcoming proxy season. It’s a sign of his appreciation for the concept of stakeholder capitalism, which he said was “important” to the fund and “common sense.” But it is not a philanthropic mindset that drives him in his advocacy. “We want to make more money,” he said of his approach. “We think climate is good for business, and we also think ethics is good for business.” If the world is unhabitable because of climate change, “the value of our fund is zero.” It is why he is also pushing companies to come up with net-zero commitments. Yet it clearly frustrates Tangen that many of his fellow institutional investors, which include American firms like BlackRock, Fidelity, Morgan Stanley, and JP Morgan, often don’t follow his lead and vote for many ESG issues, including limiting excessive executive pay packages. “It is surprising that other large shareholders have not been against [excessive executive pay],” he told me. The reason, he said, “is that their own salaries are too high.”

Also on our radar:

I've also spent a lot of time talking to chief sustainability officers while at Davos. Here are some of the interesting nuggets I gathered from those conversations:

- “Inclusion is more important than diversity,” Alyssa Auberger, CSO of global law firm Baker McKenzie told me, as she commented on her company's DEI practice being called I&D instead of DEI. Why? “It’s one thing to hire diverse, but if you then don’t include them internally, they won’t stay,” she said.

- “Sanpoyoshi.” That’s the name the Japanese pharmaceutical firm Takeda gives to its commitment to all stakeholders. It translates as “doing good in three directions,” the company’s CSO Takako Ohyabu told me. The commitment dates back some 240 years, from when the company was first founded by a lower-caste merchant in Osaka, and the company stuck to it ever since, Ohyabu said.

- Are Washington, D.C.’s “Energy Mavens” the new Skulls & Bones? You would think so if you look at the common background of chief sustainability officers Kate Brandt at Google and Melanie Nakagawa at Microsoft. Both studied at Brown University, made their careers in Washington, where they both worked in the White House and were part of a group of women called the “Energy Mavens,” and now both of them are CSOs at large public tech companies.

- No turning back. Jenny Davis-Peccoud, global practice head of sustainability at Bain & Company, thinks companies won’t be turning their backs on ESG and net-zero commitments, despite the recent backlash against the topics. “More companies are joining net-zero alliances like GFANZ than leaving them,” she said, commenting on the departure of Vanguard from such an alliance. The reason? “Banks are becoming a vector of pressure,” she told me.

- What’s all the ESG fuss about? After I ended an interview with Santhosh Jayaram, CSO at Indian IT services firm HCL Tech, he turned the tables on me, asking what was happening with ESG in America. It surprised him there was such a backlash against it. In India, HCL Tech takes all of its ESG commitments very seriously, reporting on Scope 1-2-3 CO2 emissions, and having a DEI team embedded in the HR organization.