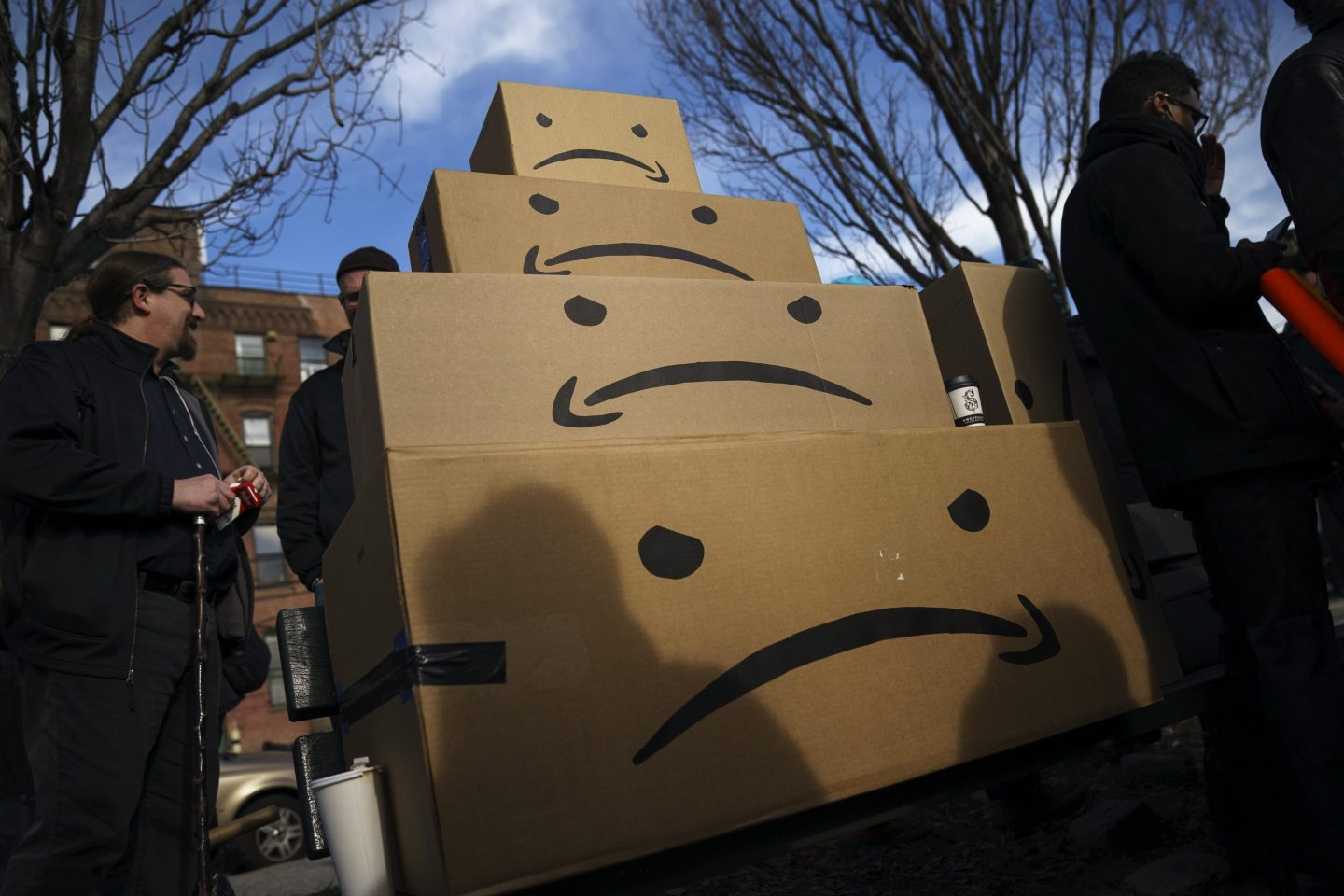 Amazon is turning its smile upside down.

The company has announced plans to do away with AmazonSmile, it’s charity donation program which has given approximately $500 million to charities since its launch 10 years ago. The program will come to an end by Feb. 20.

Amazon says it will give charities that have been part of the program a one-time donation equivalent to three months of earnings last year before it shuts the program down.

“After almost a decade, the program has not grown to create the impact that we had originally hoped,” the company said in a statement. “With so many eligible organizations—more than 1 million globally—our ability to have an impact was often spread too thin.”

Amazon’s decision to shut down the charity does not mean it’s ending philanthropic efforts, the company said, adding it would “continue supporting a wide range of other programs that help thousands of charities and communities across the U.S.”

Among those is its Housing Equity Fund, which builds and preserves affordable housing in communities where Amazon has a presence. (The company has pledged $2 billion toward that venture). The company also says it has partnered with food banks in 35 cities and plans to delivery 12 million meals this year.

The end of AmazonSmile comes as the company eliminates 18,000 jobs and reviews all spending. Sales at the retailer have slowed since the beginning of the pandemic and the uncertain global economic outlook has many companies preparing for the worst.

Amazon’s worldwide retail chief Doug Herrington said the cuts were part of an effort to lower costs “so we can continue investing in the wide selection, low prices and fast shipping that our customers love.”

At the same time, Microsoft announced plans to lay off 10,000 workers.