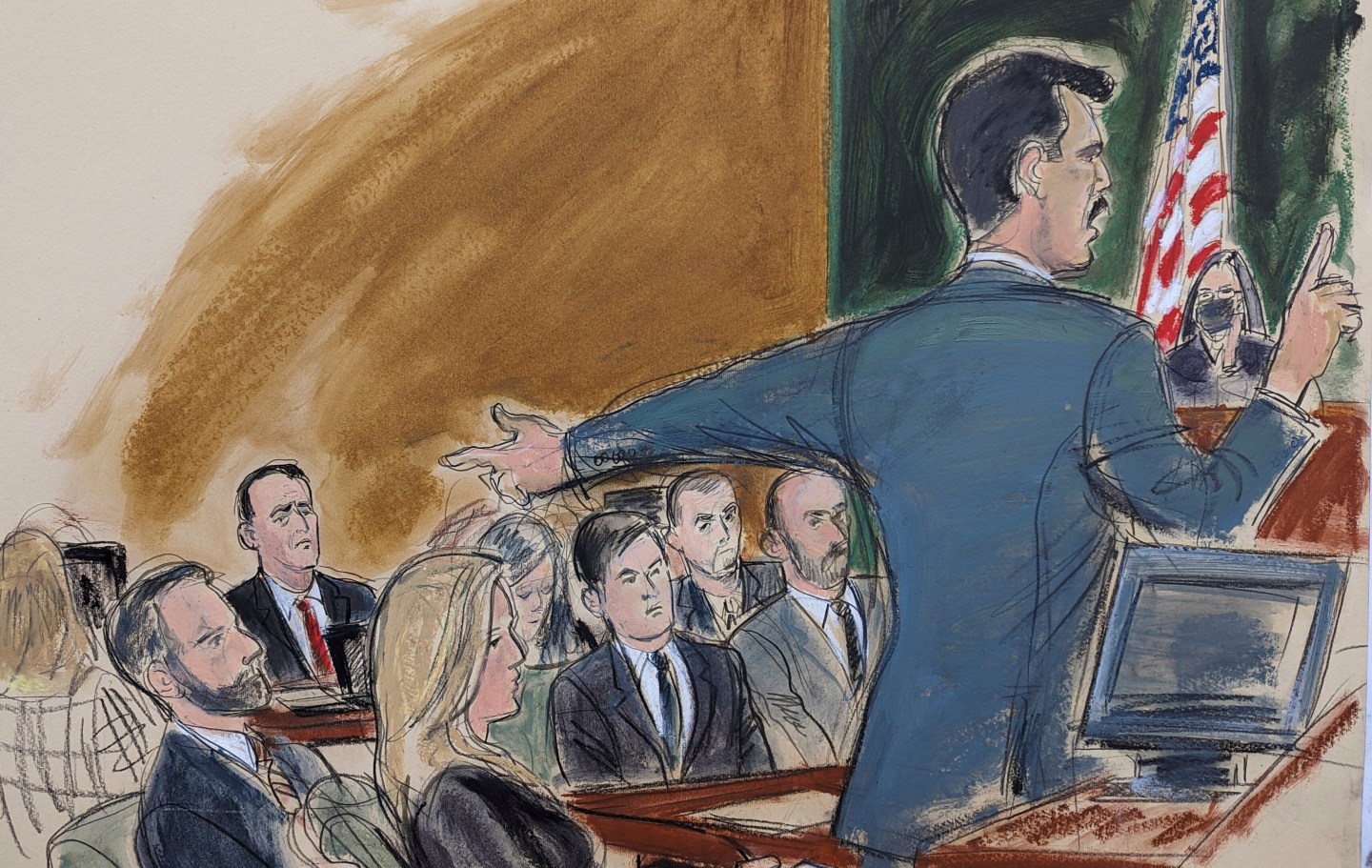 Two former Fox executives went on trial Tuesday, accused of bribing South American soccer officials for TV rights to one of the continent’s biggest annual tournaments and using information gathered in the process to help the network’s winning World Cup broadcast bid. It’s the latest case to go to court in the sprawling FIFA corruption scandal.

Hernan Lopez and Carlos Martinez are charged with paying bribes and kickbacks to South American Football Confederation officials to broadcast the Copa Libertadores, an annual club tournament akin to the Champions League in Europe, through a partnership with Torneos y Competencias, an Argentine production and marketing company.

“Everyone won except for the game of soccer,” Zapana said at the trial in Brooklyn federal court, which is expected to last at least a month.

Prosecutors allege the payoffs enabled Lopez and Martinez to further Fox’s other soccer interests, including gaining confidential information from a high-ranking FIFA and confederation official about bidding for U.S. broadcast rights to the 2018 and 2022 World Cups.

Fox has denied any involvement in bribery. The company sold the entity involved in the South American soccer broadcasts in 2019 as part of a larger restructuring in which it offloaded its movie studio, cable networks and international assets.

Another sports media and marketing company, Full Play Group SA, is on trial with Lopez and Martinez, but the bribery allegations against that firm involve different TV rights. Full Play, incorporated in Uruguay and owned by the father-son duo Hugo and Mariano Jinkis, is accused of paying bribes for the rights to the Copa America, a quadrennial national team competition, as well as World Cup qualifying matches and one-off matches, known as friendlies.

Lopez and Martinez’s lawyers contend the former executives are being framed and retaliated against by their one-time business partner on the Copa Libertadores deals. Alejandro Burzaco, the former head of Torneos, agreed to cooperate and testify as a star prosecution witness at multiple soccer corruption trials after his own bribery arrest. He is expected to testify Wednesday.

Lopez’s lawyer, John Gleeson, argued in his opening statement that it was Burzaco who was secretly bribing officials at the South American confederation, known as CONMEBOL, without Lopez and Martinez’s knowledge. Gleeson said Burzaco was now falsely accusing them to enhance his worth to prosecutors and stay out of jail.

Lopez and Martinez started working with Burzaco in 2011, when Fox International Channels took over the South American sports network that had been partnering with Torneos on the Copa Libertadores broadcasts. Gleeson said Burzaco shut the executives out of negotiations with CONMEBOL and refused to provide them with copies of contracts.

Gleeson said Lopez was unaware of Burzaco’s conduct — allegedly bribing CONMEBOL officials and snagging some TV rights for himself, instead of the Fox partnership — until 2014, when Burzaco’s Uruguayan rival gave him a copy of a renewal contract and an audio recording of the negotiations.

Gleeson described Burzaco as a “walking, talking criminal enterprise” and a “professional criminal and con man.” He implored jurors to decide “if you believe a single word he says” and said that his testifying against Lopez and Martinez was a “chance to get back at his enemy, whom he blames for his demise.”

“You’re going to witness his attempt at payback,” Gleeson said.

Burzaco has pleaded guilty to racketeering conspiracy and other charges. He testified in 2017 that all three South Americans on the FIFA executive committee took million-dollar bribes to support Qatar’s bid for the recently completed 2022 World Cup.