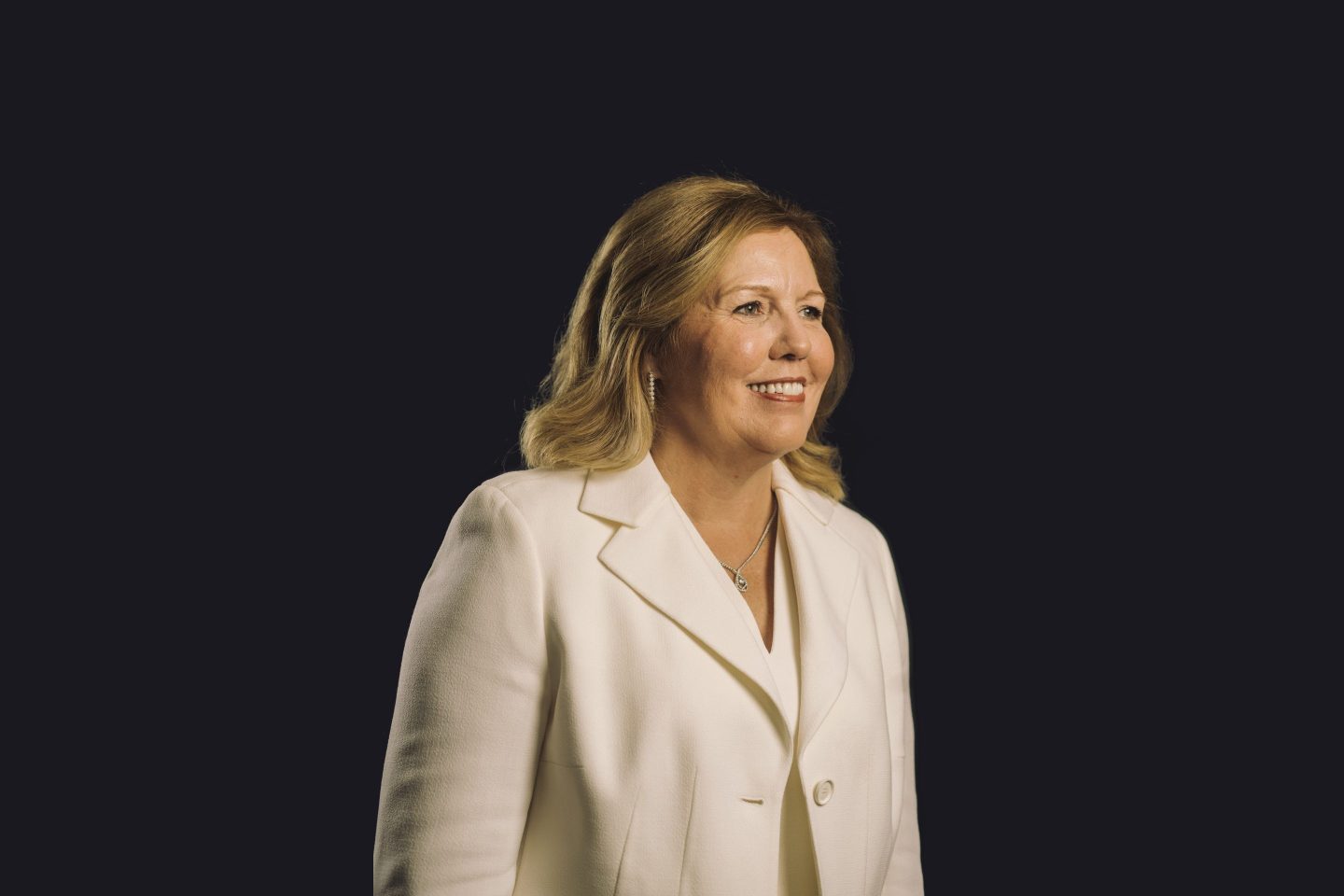 CEO Gina Drosos has engineered a turnaround at Signet Jewelers, the parent company of name-brand chains Kay, Jared, and Zales.
Photograph by Andrew Spear for Fortune

Good morning, Broadsheet readers! Today’s guest essay comes from Fortune senior writer Phil Wahba, who explains how Signet’s CEO proved the value of women through her turnaround plan. Plus: Germany’s defense minister resigns and a Scottish bill about gender prompts a parliamentary face-off in the U.K. Have a lovely Tuesday.

– The key to a turnaround. When Gina Drosos grabbed the reins of Signet Jewelers in 2017, the parent company of Kay, Jared, and Zales and America’s largest jeweler by far, she took over a company with a broken culture that was reportedly hostile to women employees.

Signet had made national headlines earlier that year after an exposé in the Washington Post found rampant alleged sexual harassment and discrimination against women at a company in which men dominated management. (Last year, the company finally spent $175 million to settle a class action suit by 68,000 current and former female employees alleging discrimination in hiring and compensation practices without admitting fault.) The company, long a growth story, had also gone into an accelerating decline as Drosos assumed the CEO role.

Drosos, who made her name in the consumer products world by fixing Procter & Gamble’s Olay brand years earlier, knew she had a long to-do list: improve stores, turn Signet into a leading e-commerce player, and eliminate the overlap between Kay and Zales, which were cannibalizing each other’s sales. But her first priority was to improve the company’s culture and make Signet a truly woman-friendly place to work.

That initial task “was one of the things that made me the most nervous about taking this job,” Drosos told me in an interview for my recent profile that will appear in the February/March issue of Fortune.

CEO Gina Drosos has engineered a turnaround at Signet Jewelers, the parent company of name-brand chains Kay, Jared, and Zales.
Photograph by Andrew Spear for Fortune

Before becoming CEO, Drosos sat on Signet’s board for five years. As a director, she surely must have known there was something amiss in the culture. Drosos did however push for more female representation in the company’s workforce as a director, but she could address the shortcomings more directly as CEO.

She then made diversity and inclusion goals part of every leader’s evaluation and created a zero-tolerance policy for sexual harassment. “I’m going to create a clean slate. I’m not going to let history be our future,” she recalled thinking.

Now, some 42% of Signet employees at the vice-president level or higher are women; at the store level, 76% of assistant managers or higher are female. “Representation at that level sets a vision for all employees of what’s possible,” she said.

Gone is what she calls the old “top-down culture of command and control,” replaced by one in which store managers have more say in what should be sold by Signet, rather than those decisions being handed down by diktat from headquarters.

The changes gave Drosos the staff buy-in she needed to execute big business moves that helped the jeweler shake its sales slump, weather the pandemic, and emerge on sound footing. Those moves included closing 20% of Kay and Zales stores and acquiring companies like Blue Nile and James Allen that bulked up Signet’s e-commerce offerings.

In fiscal 2022, Signet sales neared a record $8 billion, and Wall Street expects business to remain steady this year despite pressure from inflation. (Signet largely serves a middle-income customer.) The Signet saga ultimately proves that fostering a healthy culture—one that makes sure women are respected and heard—is much more than a feel-good exercise. It’s also good for business.

- Major resignation. German Defense Minister Christine Lambrecht resigned after facing criticism for almost a year over her handling of German military aid to Ukraine. Critics said the minister didn't have enough knowledge of the military to serve in the role. New York Times

- Gender debate. The U.K. government blocked a Scottish bill that would have made it easier for people to change their gender on government documents. Scottish First Minister Nicola Sturgeon said her government will likely challenge the decision, which she called "a full-frontal attack on our democratically elected Scottish parliament." Guardian

- Still fighting. Sixteen senators sent a letter to President Joe Biden asking the White House to include $547 billion in funding for 12 weeks of paid leave in its 2024 budget. The once top-priority issue was ultimately left out of last year's legislative victories. Vox

- Childfree life. Japan has the highest share of childfree 50-year-old women of any developed nation, according to new data. Twenty-seven percent of Japanese women born in 1970 have not had children; Finland follows with 20.7%. Nikkei Asia

- Up for election. The Republican National Committee is set to choose its chair at a meeting later this month. Ronna McDaniel is favored to win another term, but some Republicans are pushing to oust her over the GOP's results in recent elections. Wall Street Journal

- Competitive argument. In an op-ed, Federal Trade Commission chair Lina Khan explains why she has proposed banning noncompete clauses in worker contracts. Use of noncompetes has exploded over the past few decades, she argues, from a tool to prevent high-level executives from sharing sensitive information to a clause that prevents economic mobility and innovation across the workforce. New York Times

Where have we seen this Britney Spears coverage before? Jezebel

"So many daughters and mothers have been coming to me crying, saying, 'I saw myself in the movie,' or 'My relationship with my mother is just like that.'"

- Everything Everywhere All at Once star Stephanie Hsu