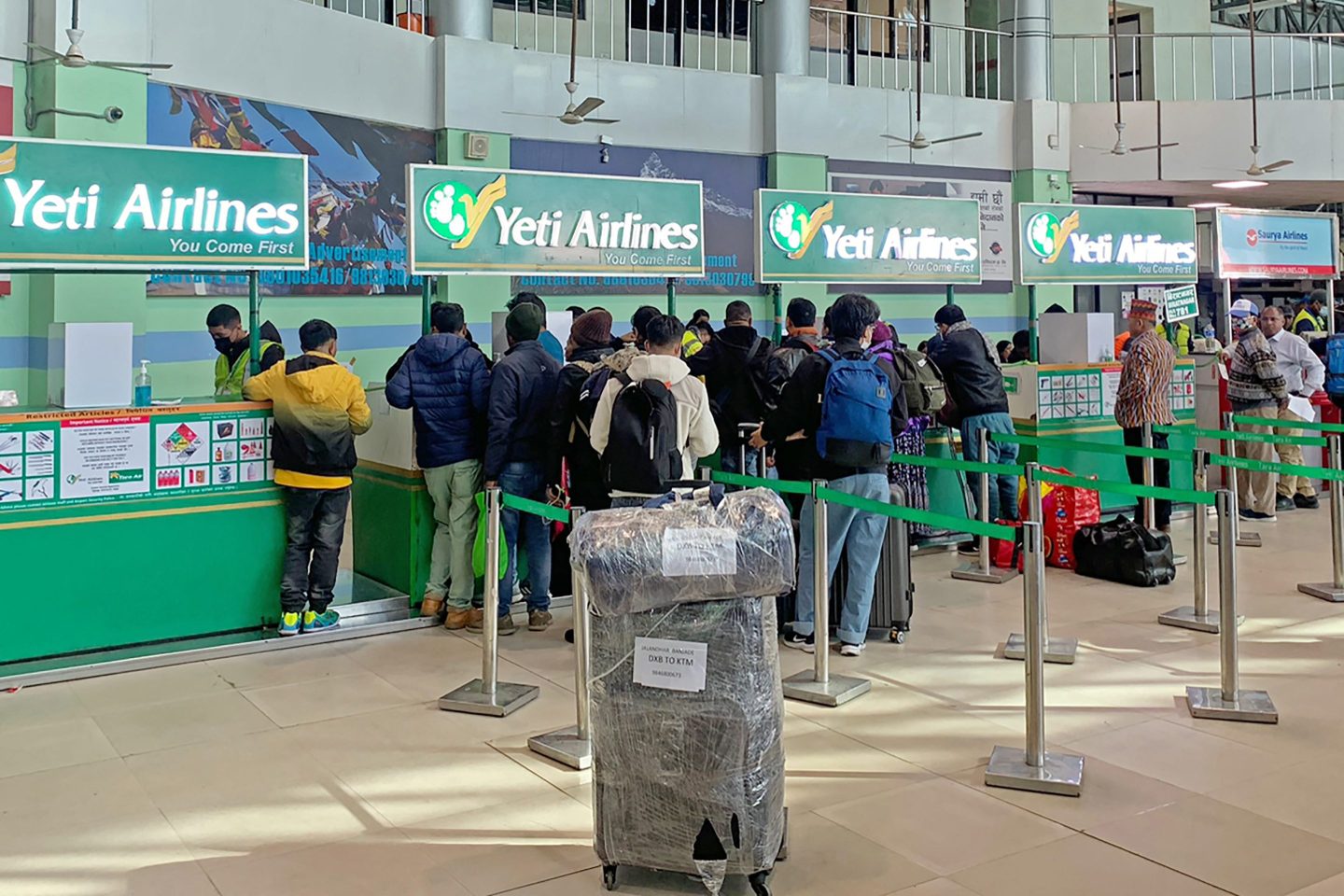 The Yeti Airlines counter at the airport in Kathmandu on Sunday.
PRAKASH MATHEMA—AFP via Getty Images

At least 68 people were killed after a Yeti Airlines flight crashed in Nepal on Sunday just seconds before it was due to land, the latest deadly air disaster in the Himalayan nation.

The twin-engine ATR-72 turboprop, which took off from Kathmandu at 10:32 a.m. local time, crashed close to Pokhara airport at around 11 a.m., Sanjay Kumar, deputy director of the Civil Aviation Authority of Nepal, said by phone. There were 68 passengers and four crew members on board, airline spokesman Sudarshan Bartaula said.

The flight crashed “10 to 20 seconds before landing,” Bartaula said. There was no distress call from the cockpit before the disaster, he said. Nepal’s armed forces and police are carrying out rescue operations, Kumar said.

There were 15 foreigners on board including those from India, France, Australia, Ireland, Russia and Korea, the Civil Aviation Authority of Nepal said.

The weather was clear when the aircraft crashed, said Kumar.

ATR said in a statement Sunday that it has been informed about the accident and its specialists are “fully engaged to support both the investigation and the customer.”

Pokhara, in central Nepal, is a lakeside tourist mecca nestled below the Annapurna mountain range.

Flying is notoriously risky in Nepal, the picturesque Himalayan nation that’s a favorite with adventurous tourists, pilgrims and mountaineers. In May, a Tara Air plane carrying 22 people from Pokhara crashed in the mountains, killing all on board.