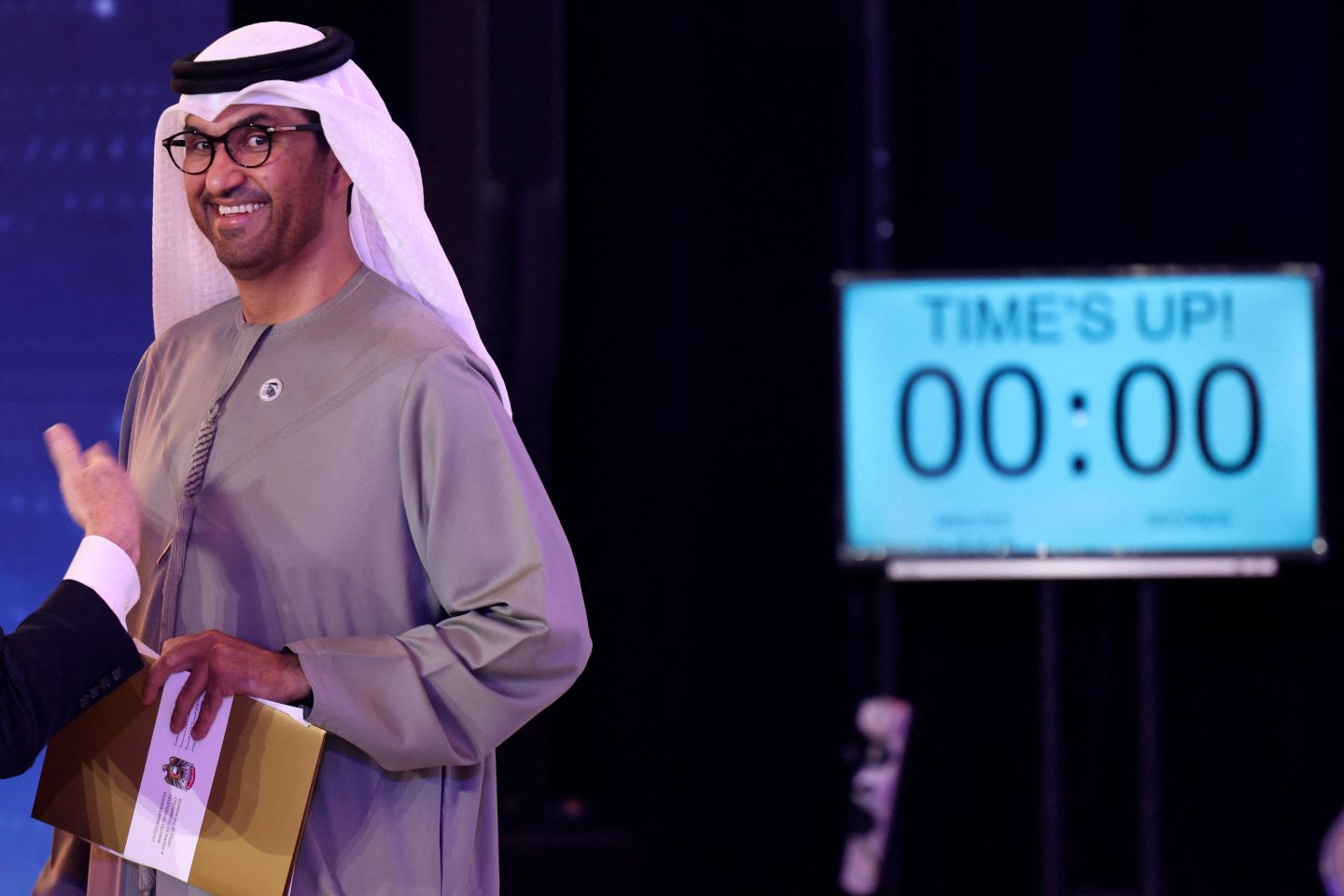 The world is far off course when it comes to achieving climate goals, said Sultan al-Jaber, in his first comments since being picked by the United Arab Emirates as the president for this year’s COP summit.

“We are way off track,” he said in a speech in Abu Dhabi. “The world is playing catchup when it comes to the key Paris goal of holding global temperatures down to 1.5C” above pre-industrial levels.

Al-Jaber’s appointment on Thursday triggered plenty of negative reactions from climate activists, given that he heads the OPEC member’s state oil and gas producer, Abu Dhabi National Oil Co. He’s also chairman of Masdar, one of the largest renewable-energy investors in the world.

While al-Jaber didn’t directly address the criticism, he said the UAE would approach the task of hosting COP28 — to be held in Dubai in November and December — with humility.

“We don’t claim to have all the answers,” he said. “But we believe we have something valuable to contribute. I am here to listen and engage.”

He spoke at an Atlantic Council event. US climate envoy John Kerry and UK energy and business secretary Grant Shapps were in the audience.

The UAE wants COP28 to focus on scaling up wind and solar power as well as hydrogen. It should also be about ensuring poorer countries get financing to develop such technologies and compensation for climate change caused by industrialized nations, al-Jaber said.

The UAE pumps about 3.4 million barrels of crude a day, making it the biggest producer in the Organization of Petroleum Exporting Countries after Saudi Arabia and Iraq.

Those countries argue fossil fuel producers must have a greater say in climate talks. They have also blamed the surge in oil and gas prices in the past two years on a lack of investment on such fuels in the west.