‘Be careful of false dawns’: Former Treasury Secretary Larry Summers warns a recession is still ‘more likely than not’ 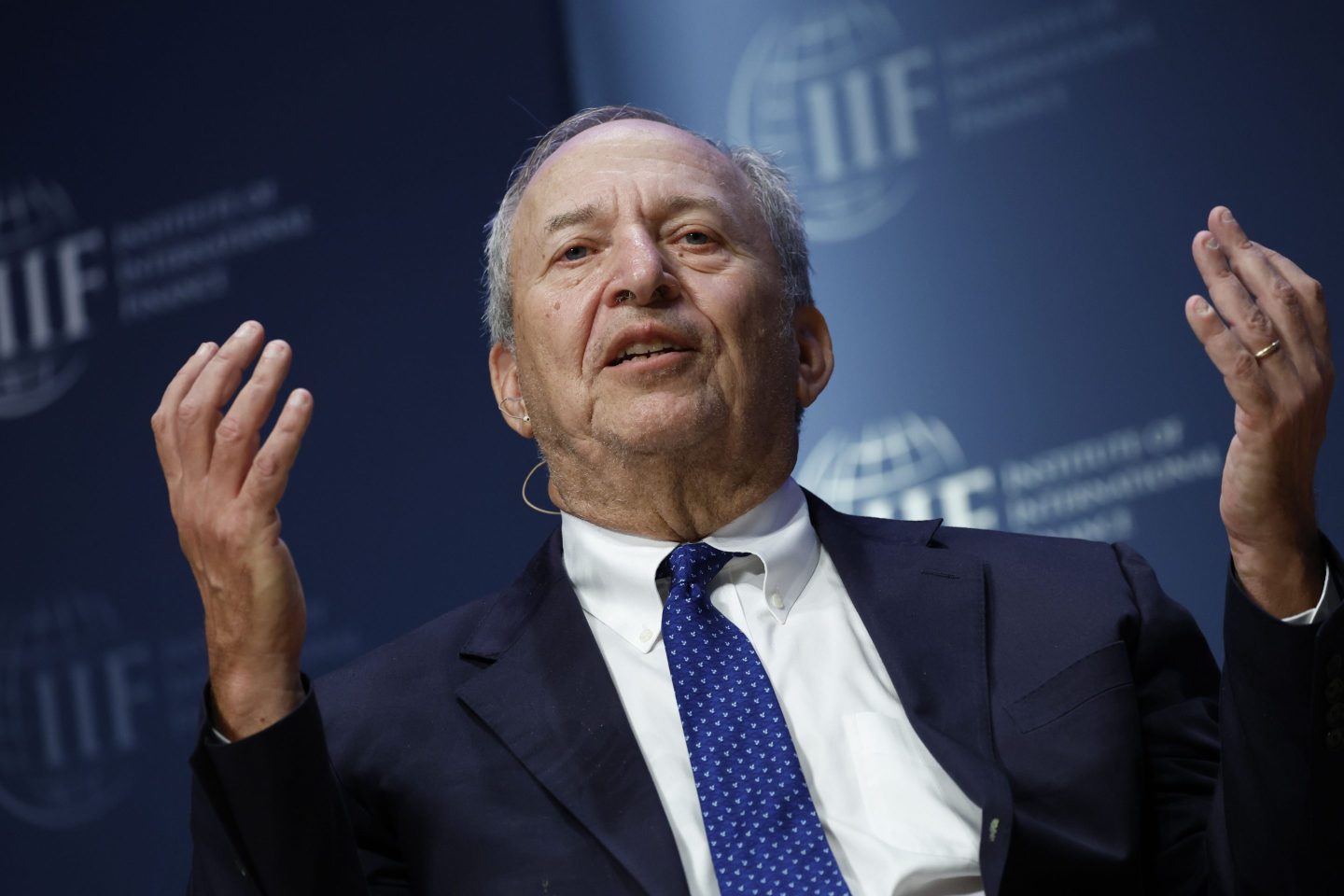 Former Treasury Secretary Larry Summers is worried that investors and economists are becoming overly optimistic after year-over-year inflation cooled to 6.5% in December.

“One has to be careful of false dawns. If you think about it, the good news was inflation running in the 6’s, and that’s still inconceivably high by the standards of two or three years ago,” he told Bloomberg on Friday, adding that his forecast is still that a “recession this year is more likely than not.”

Since March, Federal Reserve officials have raised interest rates seven times in hopes of taming inflation without sparking a recession, and all the while, economists and Wall Street analysts have debated whether they’ll be successful. Summers has repeatedly found himself in the bears’ camp. In October, he told the Financial Times that it would take “a recession” and “unemployment towards the 6% range” to ensure U.S. inflation is truly gone.

But the economist admitted on Friday that the latest inflation report was “good news”—and it came even though the unemployment rate was just 3.5% in December. He argued that this is evidence that wages aren’t rising too dramatically, which means the Fed may be able to change tactics soon.

“Certainly, looking at some of these trends, one has to think that the Fed’s job is much, much closer to being done,” he said. “And I think the more optimistic possibilities [for the economy], while they still would not be my bet, look more plausible today than they did several months ago.”

But despite admitting that recent inflation data was “good news,” Summers argued that the Fed should continue to raise interest rates in February because wage pressures aren’t completely gone. Real average hourly earnings, which account for inflation, rose 0.4% last month, a slight increase from November’s 0.3% rise and October’s 0.1% drop.

“I think the most important thing is that the job of containing inflation gets done and that they preserve their credibility,” he said of the Fed. “So I think it’s a little bit premature at this point to be thinking about pausing, but we’re getting much closer to that day.”

In a September interview with Fortune’s Shawn Tully, Summers explained that the Fed’s interest rate hikes are like antibiotics for the economy—and if we don’t take our medicine for long enough, inflation could become a long-term problem.

“Most of us have learned that [when] the doctor prescribes you a course of antibiotics and you stop taking the course when you feel better rather than when the course prescribed is over, your condition is likely to reoccur,” he said. “And it’s likely to be more difficult to eradicate the next time because the bacteria have become more resistant.”

On Friday, Summers pointed to the Employment Cost Index (ECI)—which measures the average cost per hour worked in the U.S. and is set to come out Jan. 31—as the true test for the Fed and the economy. He called the index the “gold standard measure of labor costs and wage pressure.”

The economist has said for months that central bank officials must slow the labor market and contain wage increases in order to get inflation under control, even telling reporters in June that it might take “five years of unemployment above 5%,” according to Bloomberg. And he believes the ECI will be the perfect test of whether interest rate hikes have begun to do the job.

But other Wall Street leaders, including J.P. Morgan Asset Management’s chief global strategist David Kelly, believe the Fed has already done enough to stop inflation. Kelly said on Friday that the central bank will likely raise interest rates by another 75 basis points between now and May, but he hopes it decides not to.

“I think they need to stop,” he told Bloomberg. “This is a war that they’ve won, and they’re in danger of tipping the economy into recession. I think they’re making the fiscal problem worse, so I wish they would be done.”