While investing, opting for steady over sexy could save your portfolio in 2023: 6 stocks to buy now 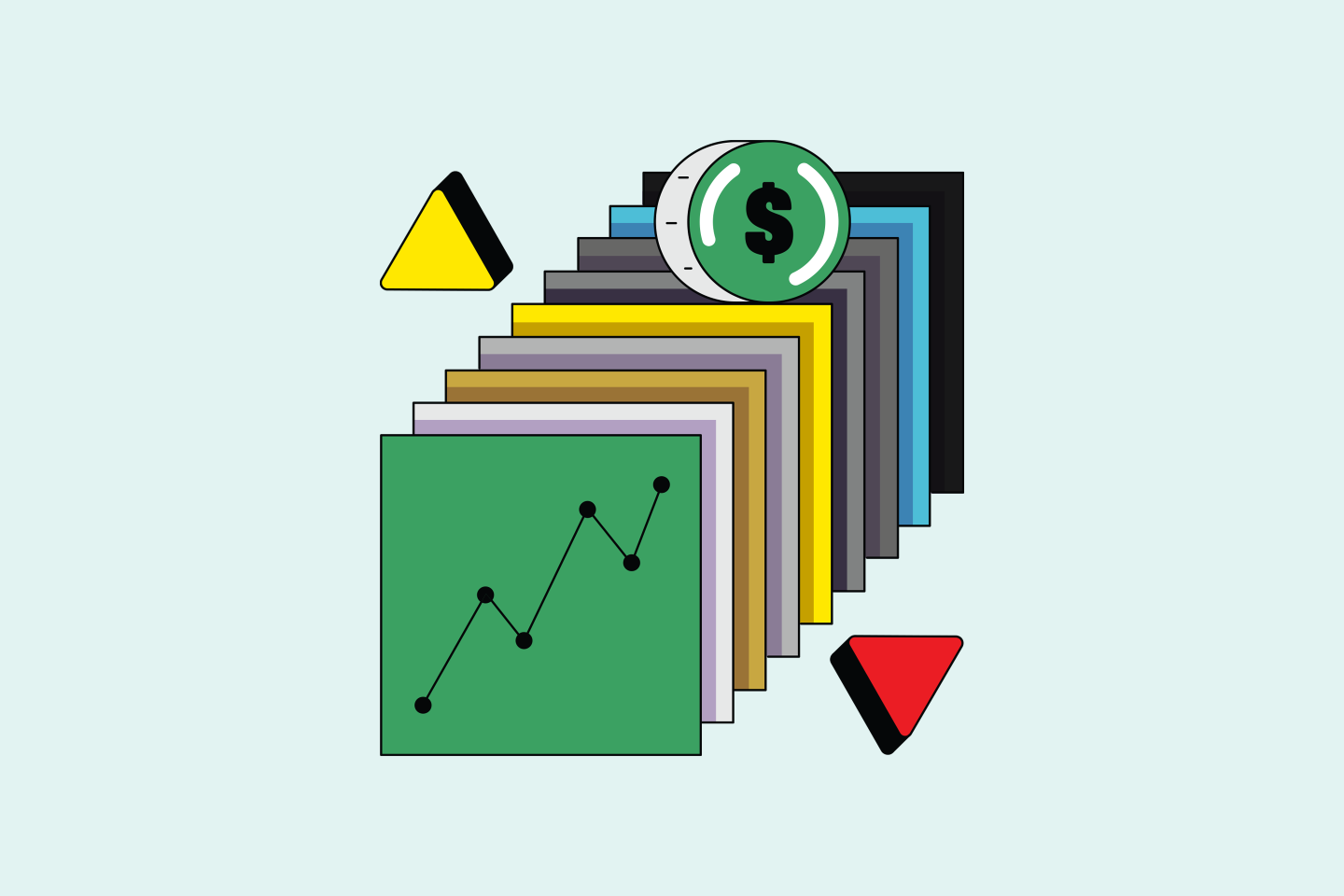 If the long-threatened recession ends up slamming the economy, the stock market likely will be brutalized. But like snowflakes, all stocks are not the same. Some show promise of gaining nicely in a fraught time, as 2023 is shaping up to be, even if others suffer.

On the surface, an argument can be made that 2022’s winners should be 2023’s as well. Higher than normal inflation, persistent Federal Reserve–engineered interest rate hikes, a stubborn pandemic, and international tensions all combined to gut-punch every S&P 500  category last year except for two: Energy (up 64%) and utilities (2%) were the only sectors to show increases.

But expecting a 2023 reprise is far from assured. The propellants for energy last year (war-induced oil and gas shortages) are waning, and a recession and likely mild winter will push down demand for these commodities. And of course, some investors shun energy companies out of climate-change concerns. As for utilities, they have never been big gainers, typically eking out low single-digit advances. Electricity use tends to decrease in an economic slump.

So where does that leave investors seeking positive returns in high-anxiety 2023? There’s a trio of equity groupings that stand to do well this year, especially if the recession, assuming it arrives, is as shallow as most economic forecasters think. The reason, say a batch of well-regarded strategists Fortune consulted, is that these stocks are riding trends that aren’t likely to abate in 2023.

The strategists’ three favored stock sectors: banks, defense, and health care. Not every company in these groups will soar, and it will pay to choose the best of them. Banks, a long unloved segment, should benefit from higher interest rates, and the largest lenders stand to do the best. Defense shares have the advantage of a worldwide military spending buildup that’s getting underway. Health care has an aging population and a torrent of medical advances in its favor.

In the banking industry, size, to use the tired old cliché, matters. JPMorgan Chase (JPM), the largest U.S. banking company by assets, and Bank of America (BAC), the second biggest lender, are at the top of our list. The smaller lenders should do well, just not as well.

Rising rates mean that lenders make more “net interest income,” or NII, which is the difference between what they charge a borrower for loans and what they pay in interest to a depositor, which is much lower. That boon is doubly true for the behemoths. In 2022’s fourth quarter, JPM and BofA recorded their highest quarterly NII ever. Income from trading was up for both. BofA, which took over Wall Street powerhouse Merrill Lynch some years ago, even reaped healthy investment banking fees—for raising capital through issuing new securities and for aiding mergers and acquisitions, endeavors that ebbed some last year. JPM lagged a bit here.

While a recession would crimp lending, the outlook for the full panoply of these banks’ businesses going forward is better than most other sectors. For instance, Michael Green, chief strategist at Simplify Asset Management, notes that the two firms also have big wealth management arms, which don’t tend to flag during downturns. They both run lucrative credit card franchises, which should hold up given many Americans’ still hefty savings.

As the nation’s major banks, the two lenders have a decided edge over smaller rivals. Green sees a “bifurcation” in the banking industry. That’s because the small fry aren’t as well-equipped to combat competition for savings dollars from money-market mutual funds paying lush rates to investors.

JPMorgan Chase and Bank of America have come a long way since their dark days some 15 years ago. Battered during the global financial crisis, JPM and BofA today are in far better shape. Regulators require them to build much stronger capital bases, and they must pass regular stress tests to ensure they could weather another financial storm.

One long-standing weakness for bank stocks in general is that the institutions endure a lingering unpopularity, which stems from their role in the financial crisis. They were largely responsible for the housing craze in the aughts, which was based on subprime mortgages they issued and packaged into bonds. The mania’s demise almost destroyed the global economy in 2008. Congress had to bail out the banks, spurring resentment that the authors of the debacle got rescued when so many people were ruined financially. Both JPM and Chase received Washington bailout money, which they later repaid.

Result: The two big banks are hardly market darlings at the moment. For the 12 months through early January, JPM’s stock fell 18%, and BofA’s tumbled 30%, amid worries about that ever-pending recession. For those with faith in their future, this makes them good value plays. Their price/earnings ratios, which measure affordability, are very low, with JPM at 11.6 and BofA at 10.9. To Richard Sherry, a senior research analyst at Kayne Anderson Rudnick, their stocks’ allure should become apparent later this year. “This is a second-half story” for 2023, he says.

While the duo’s shares are off their recent peaks in 2021, when the stock market was on fire, they nonetheless are up sixfold from their financial crisis lows in 2008. That beats the S&P 500, which is up five times. What’s more, the two banks offer enticing dividend yields, with 2.9% for JPM and 2.5% for BofA. The S&P 500’s payout is less rewarding, at 1.8%.

War. What is it good for? In the classic Temptations song, the answer is “absolutely nothin’.” But as cold-blooded as it sounds, when military spending moves up, so do the stocks of military contractors.

Defense stocks had a run-up during the Trump administration, as Pentagon spending surged, a typical feature during a Republican presidency. The Biden White House initially was dubious about such generous defense outlays, but that changed with the advent of the Ukraine war. In 2022, the iShares U.S. Aerospace & Defense ETF rose 9.4%, while the broad-market S&P 500 lost 19.4%. Defense stocks are a good inflation hedge and are “riding a long-term secular trend,” says Burns McKinney, a senior portfolio manager at NFJ Investment Group.

Right now, Russia’s invasion of Ukraine has produced a bloody, grinding conflict as Ukrainian fighters receive a massive amount of military equipment from the U.S. and its allies. Congress is moving to hike the Defense Department’s budget significantly, both to keep supplying Ukraine and to replace the shipped-out inventory. More munitions, battleships, drones, warplanes, and tanks, among other items, are on the purchase list. Extra weaponry also is earmarked for Taiwan, which China claims as its own and threatens to annex by force.

The U.S. has by far the world’s biggest military, with 40% of global defense spending, as of 2021. Germany is only at 3%, but the Ukraine conflict has sparked a rush to boost its defense outlays. Others, such as Japan, long dependent on American might to defend them, are following suit.

What stocks offer the best potential? A couple of standouts, strategists say, are General Dynamics (GD), which has climbed 30% over the past 12 months, and Northrop Grumman (NOC), ahead 17%. With such run-ups, it’s obvious these are not bargain stocks, although their multiples are nothing like the stratospheric ones that the Big Tech names customarily sport. GD has a P/E of 15, and Northrop’s is 20, a hair more than that of the S&P 500.

General Dynamics has the superior dividend yield, at 2%, while Northrop offers just 1.3%. “They’re good dividend growers,” says Max Wasserman, cofounder of Miramar Capital. “And they have predictable earnings.” For sure, they have been solidly profitable over the years, with some hiccups. GD’s earnings rose 5% in the third quarter, while Northrop’s profits dipped 14%, mainly owing to continued supply-chain snags and labor shortages. Revenue kept chugging northward in the July–September period, rising 4% for GD and 3% for Northrop.

Northrop is known as the maker of the B-2 bomber, and its successor the B-21, as well as such nonmilitary space projects as the James Webb Space Telescope. General Dynamics manufactures the Abrams tank and the Stryker armored fighting vehicle. Its chief nonmilitary business is Gulfstream Aerospace, producer of business jets.

Health is a very diverse field, encompassing insurers, biotech startups, drugmakers, equipment manufacturers, hospital chains, on and on. Strategists debate which are the best sectors with the most promising outlooks. And the worst. For instance, Brian Frank, chief investment officer of Frank Funds, is no fan of health insurers. “Increasing white-collar layoffs” are not a good sign for the insurers, he says. Plus, biotechs, which sometimes balloon as a new miracle product takes off, are iffy in his eyes. For one thing, historically “they’re unprofitable,” he points out.

Abbott Laboratories (ABT) has had a strong run for a long time, with prices doubling over the past five years. But along with the rest of the market and owing to some headwinds unique to ABT, the stock is down 17% over the past 12 months. Part of that fall is the result of a recall last year of its baby formula. Initially, it prospered in the pandemic from its COVID-19 tests, but they are starting to dwindle in sales. The P/E is 25, pricey yet not overly so. The dividend yield is all right, albeit unexciting, at 1.8%.

But a flurry of bullish analyst takes of late home in on its solid pipeline of new products and its large research and development effort. The company has a broad portfolio that includes diagnostics, nutritional care, generic drugs, and medical devices. Barclays analyst Matt Miksic, for example, raised his share price target this year to $120 from $114. Currently, it’s around $112.

Medical device outfit Medtronic (MDT) puts out an array of offerings, from insulin pumps to pacemakers. It won positive public notice last year by announcing a plan to share its ventilator technology with other companies, to combat a pandemic-induced shortage of the lifesaving machines. Sharing protected intellectual property is uncommon, to say the least. Medtronic can afford the charitable move. “This is a great, well-run company,” Miramar’s Wasserman said of Medtronic.

A nice 3.4% dividend yield is one positive factor for the stock, which has been hiking payouts for 45 years straight. Its multiple is the same as Abbott’s, not cheap yet not expensive either. Another attraction is its daunting technology, including the Hugo robotic-assisted surgery system, which it believes will be a big seller. The stock is down 25%, following an announcement of a spinoff of its respiratory division and some product delays.

Regardless, Medtronic—like the others mentioned here—boasts a solid foundation that should send its stock upward again, powering it through recessionary clouds.

This article is part of Fortune’s quarterly investment guide for Q1 2023.