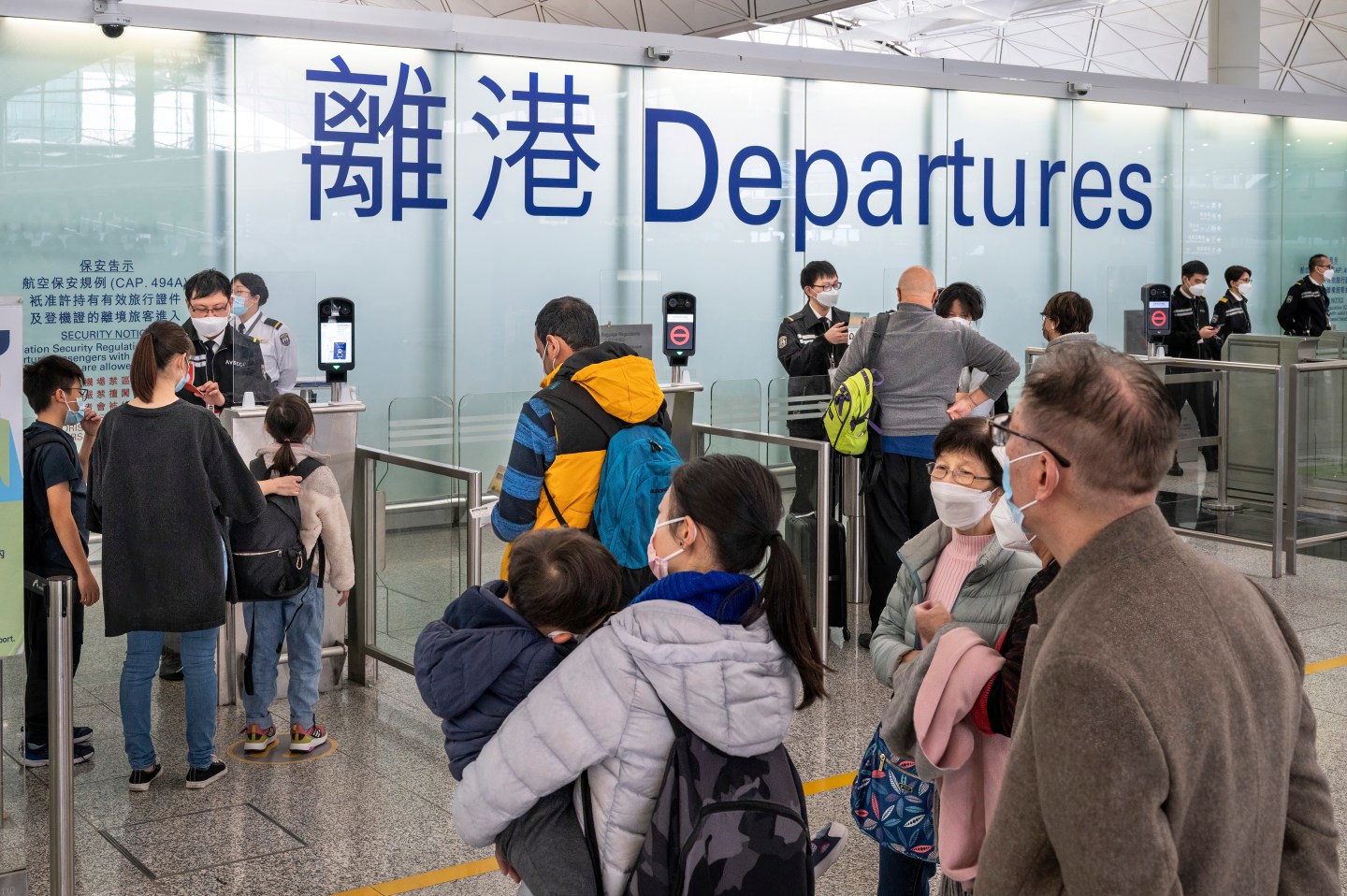 Covid-19 testing requirements for passengers traveling from China highlight mounting concerns about the potential for undetected new strains of the virus spawned by the country’s burgeoning outbreak.

When the US imposed requirements for travelers from China to show negative test results, it also expanded a program that collects voluntary samples from international passengers at airports to help monitor variants entering the country. On Saturday, Canada said travelers from China, Hong Kong and Macau will need to produce a negative covid test, while Morocco went even further with a ban on visitors from China.

The latest restrictions come after the UK and France on Friday joined the rush of countries testing passengers and sequencing samples from people arriving from China in an effort to identify any dangerous new mutations that could spread rapidly through their populations.

The scenario echoes the pandemic’s early days, when China was criticized for not releasing key genetic data on the virus until weeks after news of the new illness became public. The country’s health officials have said that sentinel hospitals are monitoring mutations in samples taken from patients in emergency rooms and outpatient clinics. However, most of that data hasn’t yet been shared internationally, health experts say.

“In the absence of comprehensive information from #China, it is understandable that countries around the world are acting in ways that they believe may protect their populations,” World Health Organization Director-General Tedros Adhanom Ghebreyesus said on Twitter. The global health group needs more detailed information from China in order to conduct a comprehensive risk assessment, he said.

Representatives from China’s National Health Commission and the National Disease Control and Prevention Administration briefed WHO officials Friday on their strategy and actions to battle the outbreak.

“WHO again asked for regular sharing of specific and real-time data on the epidemiological situation — including more genetic sequencing data, data on disease impact including hospitalizations, ICU admissions and deaths,” the organization said in a statement. WHO officials stressed the “importance of monitoring and the timely publication of data to help China and the global community to formulate accurate risk assessments and to inform effective responses.”

Whether China’s outbreak has had any impact on Covid trends in the US isn’t clear, according to Kristen Nordlund, a spokesperson for the Centers for Disease Control and Prevention. But the agency is closely monitoring the situation, she said Friday in an email.

“With China’s lack of population immunity against Covid-19 there is the possibility that a new variant of concern could emerge,” Nordlund said.

Officials at GISAID, the consortium tracking Covid mutations, said they’re reassured by a spurt of recent submissions from China. The group has received nearly 1,000 genetic sequences in the past week from across the country, provided by provincial health authorities and private health-care facilities.

“The variants continue to circulate without any significant changes that raise any specter of concern,” said Peter Bogner, GISAID’s founder. “You do not have any kind of data that suggest anything but business as usual.”

In other parts of the world outside China where the virus is spreading rapidly, sequencing efforts that could identify new variants are falling off, Bogner said. Chinese health officials say that they’ve promptly shared sequencing data with the WHO.

“There’s nothing we have kept to ourselves,” Wu Zunyou, chief epidemiologist at the Chinese Center for Disease Control and Prevention, said Thursday. “All of our sequencing work has been shared with the whole world.”

Nine omicron subvariants are dominating in the country’s outbreak, Wu said. Limited sequencing data shared publicly show that the variants are largely the same as strains found elsewhere in the world, such as BF.7 and BA.5.2, according to the data analytics firm Airfinity, and there’s no evidence yet that a new variant of concern has emerged. But it may only be a matter of time and with limited information being shared, it’s difficult for the rest of the world to prepare, experts say.

“The situation in China makes us very worried,” said Wilbur Lam, who runs the US National Institutes of Health’s RADx Tech Testing Validation Core out of his labs at Emory University and the Georgia Institute of Technology. New requirements for travelers from China to show a negative test no more than two days before flying to the US aren’t “a perfect policy measure,” he said.

Viruses like Covid are able to mutate each time they reproduce. Sometimes the mutations are insignificant, or even prevent the virus from growing. But in rare cases, new mutations can grant advantages that allow particular strains to spread quickly.

Keeping up with viral evolution has posed difficult challenges for drugmakers. For example, updated booster shots from Moderna Inc. and the partnership of Pfizer Inc. and BioNTech SE were designed to target early omicron variants B4 and B5. During the time those shots were developed, however, those variants were replaced by faster-spreading BQ.1 and BQ.1.1 variants.

In recent weeks, another variant called XBB has picked up steam. Health experts are worried that these strains may be better able to evade immune protection from vaccines and prior infections, and perhaps give rise to offspring that are even more elusive.

The BQ and XBB subvariants of omicron “present serious threats to current Covid-19 vaccines, render inactive all authorized antibodies, and may have gained dominance in the population because of their advantage in evading antibodies,” researchers from Columbia University wrote in a study published this month in the journal Cell.

Mutations in XBB, which is prevalent in the US Northeast, have rendered at least one Covid test made by DxTerity Diagnostics Inc. less reliable, US regulators said Thursday. In general, scientists are finding that it takes a bit longer for tests to turn positive when omicron infections are present, Lam said.

Despite the rapid growth of cases there, China may not yet be fertile ground for variants that evade humans’ natural or vaccine-aided immunity, said Sam Scarpino, the director of Artificial Intelligence and Life Sciences at Northeastern University’s Institute for Experiential AI. Relatively few people there have gained immunity conferred by vaccines or previous infections for the virus to genetically dodge.

However, as infections continue to mount with scant mitigation measures in place to stop the virus from spreading in China, new variants could soon cause problems, Scarpino said.

“In a month or two, we want to be watching very closely for that,” he said in an interview.