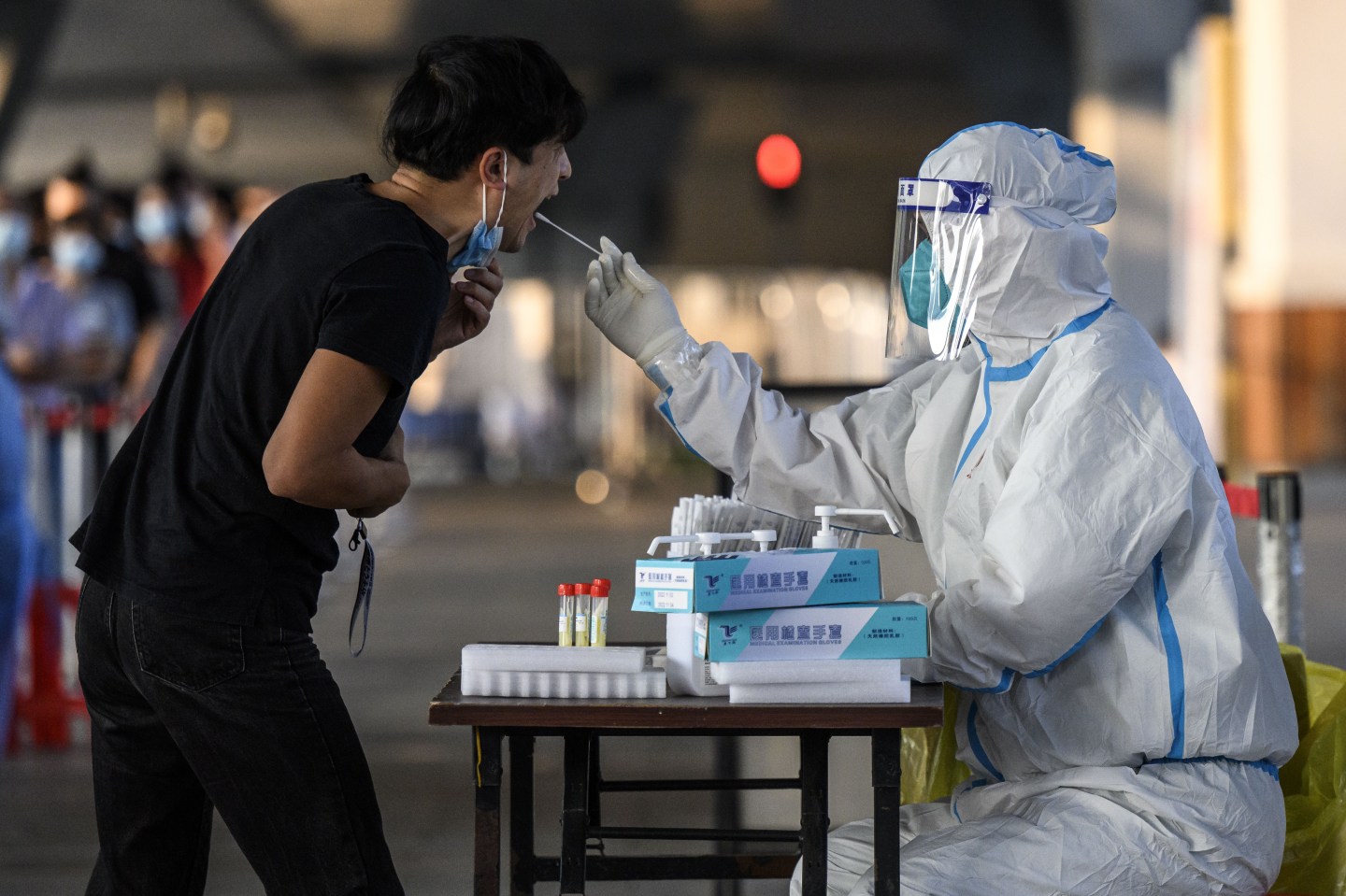 With pharmaceutical supplies dwindling in the middle of a massive outbreak, China approved in Merck's Lagevrio only the second COVID therapy developed abroad.
Stringer—Anadolu Agency via Getty Images

China has approved Merck & Co’s Covid-19 antiviral molnupiravir for emergency use as Beijing seeks to expand access to treatments amid a massive wave of infections following its abrupt pivot away from Covid Zero in early December.

The drug, known by the brand name Lagevrio, has been granted conditional emergency approval for treating mild and moderate infections among adults at risk of progressing to severe disease, China’s National Medical Products Administration said Friday. It’s the second foreign Covid-19 treatment cleared for use in China after authorities gave Pfizer Inc’s Paxlovid the go-ahead in early 2022.

China’s surging wave of infections has caused domestic shortages for everything from fever-reducing medicines to antivirals that prevents severe disease. The effects have also rippled beyond China’s borders, with pharmacies in places such as South Korea, Singapore and Japan being emptied of medicines to be then sent to China.

Friday’s approval came after the US drugmaker struck a deal in September with Chinese state-owned firm Sinopharm to import and market molnupiravir in China. The country has so far relied almost solely on homegrown medicines and vaccines to shore up immunity and treat Covid patients.

While Pfizer’s Paxlovid is approved for use, it has been in short supply in China amid the ongoing outbreak. That’s prompted people to turn to the black market for the medication or for generic versions meant to be supplied to poorer countries, not China.

Another foreign drugmaker waiting for Chinese approval of its medicine is Japan’s Shionogi & Co., which is looking to sell its Covid antiviral Xocova in the world’s second-biggest economy. Shionogi said on Dec. 23 that its joint venture in China had signed a licensing agreement with Shanghai Pharmaceuticals Holding Co. for import and distribution of Xocova in mainland China. Shanghai Pharma will exclusively import the drug into China and deliver it after approval.

State-owned medical product distributor China Meheco Group Co. firmed up a deal in December with Pfizer to import and distribute Paxlovid in the country. Zhejiang Huahai Pharmaceutical Co and Ascletis Pharma Inc each have a pact to make Paxlovid ingredients locally.