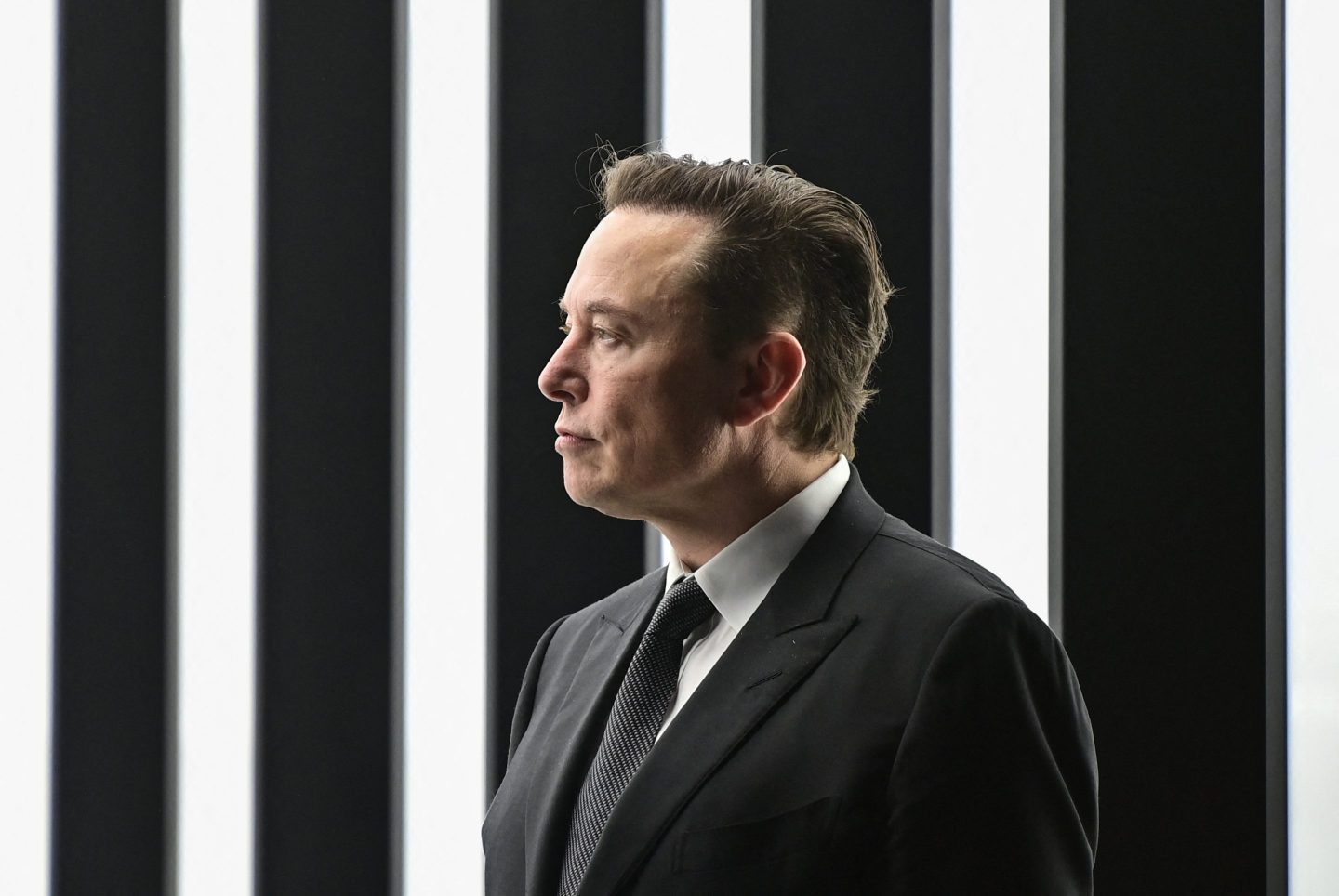 Tesla CEO Elon Musk is pictured as he attends the start of the production at Tesla's "Gigafactory" on March 22, 2022 in Gruenheide, southeast of Berlin.
Patrick Pleul/Pool/AFP via Getty Images

Gordon Johnson is well known to many of Tesla’s most ardent supporters.

As the head of investment research firm GLJ Research, the Wall Street veteran has developed a reputation as Tesla’s biggest bear over the past few years—and for good reason.

Johnson has been offering up pessimistic forecasts on Tesla since 2018, when he was still working as an analyst at the investment bank Vertical Group. And during his time as the head of GLJ Research, he has argued that Tesla’s “core business is loss making” and routinely produced price targets that were well below Wall Street’s consensus forecast.

But betting against Tesla was a tough call until recently. Between April 2018—when Johnson first slapped a “sell” rating on Tesla—and November 2021, the EV giant’s stock soared 1900%.

That didn’t stop the analyst from sharing his bearish takes, however. And with Tesla stock down roughly 67% in 2022, it’s been a vindicating year for Johnson.

But the former Lehman Brothers executive still believes Tesla stock will fall more than 80% to just $23 per share over the next year.

“It’s just a car company: 95% of revenues come from selling cars, 5% from an energy division that loses money,” Johnson told CNBC on Thursday. “They’re just a car company that has built too much capacity that they can’t sell.”

Johnson outlined three key problems that he believes Tesla is facing at the moment: demand, competition, and valuation.

In terms of valuation, investors still put a premium on Tesla compared with its peers in the automotive industry. The EV giant is currently trading at roughly 40 times earnings, while Ford, GM, and Toyota trade at just five, six, and 10 times earnings, respectively.

And in terms of market capitalization, Tesla is head and shoulders above the competition as well, even after its 67% stock price drop this year.

“Tesla is currently valued at more than the next three largest automakers combined, despite selling just 5% of the cars that those automakers sold in 2021,” Johnson noted.

Johnson said that in order to be valued so highly by the market, Tesla needs to show that it is rapidly and sustainably growing. But he believes that demand has become an issue, pointing to price cuts in China, the U.S., and Europe in the fourth quarter.

While Tesla has been the EV leader in the U.S. for years, Johnson believes that the company has lost its technological edge.

“There’s a ton of other cars out there now with equal or better real-world range, better interior, faster charging…so you have to think about the competition,” he said.

Finally, Johnson argued that Elon Musk has hurt Tesla’s stock by selling $40 billion worth of shares and creating drama in the media.

“Musk is espousing all these far right-wing conspiracies on Twitter,” he said. “He’s alienating his key constituency of buyers…liberals who think EVs are going to save the world.”

Even Tesla bulls admit that Elon Musk’s Twitter purchase, subsequent antics, and recent Tesla stock sales have hurt the company’s prospects. But they still believe that the long-term growth story is intact.

Garrett Nelson, an analyst at investment research firm CFRA, said in a Dec. 15 research note that he believes Tesla shares can rise back to $225 per share over the next 12 months.

He argued that the firm’s U.S. vehicle sales will get a boost next year from federal EV tax credits and the upcoming Cybertruck launch—which he says “boasts an industry-leading back order.”

And Wedbush’s tech analyst Dan Ives argues Tesla will hit $250 per share within the next year.

“We remain bullish on the long-term thesis for Tesla and believe the stock is oversold,” he wrote in a note to clients last week.

Ives argues that Tesla is “on track” to continue growing its EV sales, which he said “should be a sign of confidence for Tesla bulls.”

Once Musk selects a new CEO for Twitter and refocuses on his “golden child” Tesla, Ives and Nelson believe the company’s stock will be back to its old winning ways.