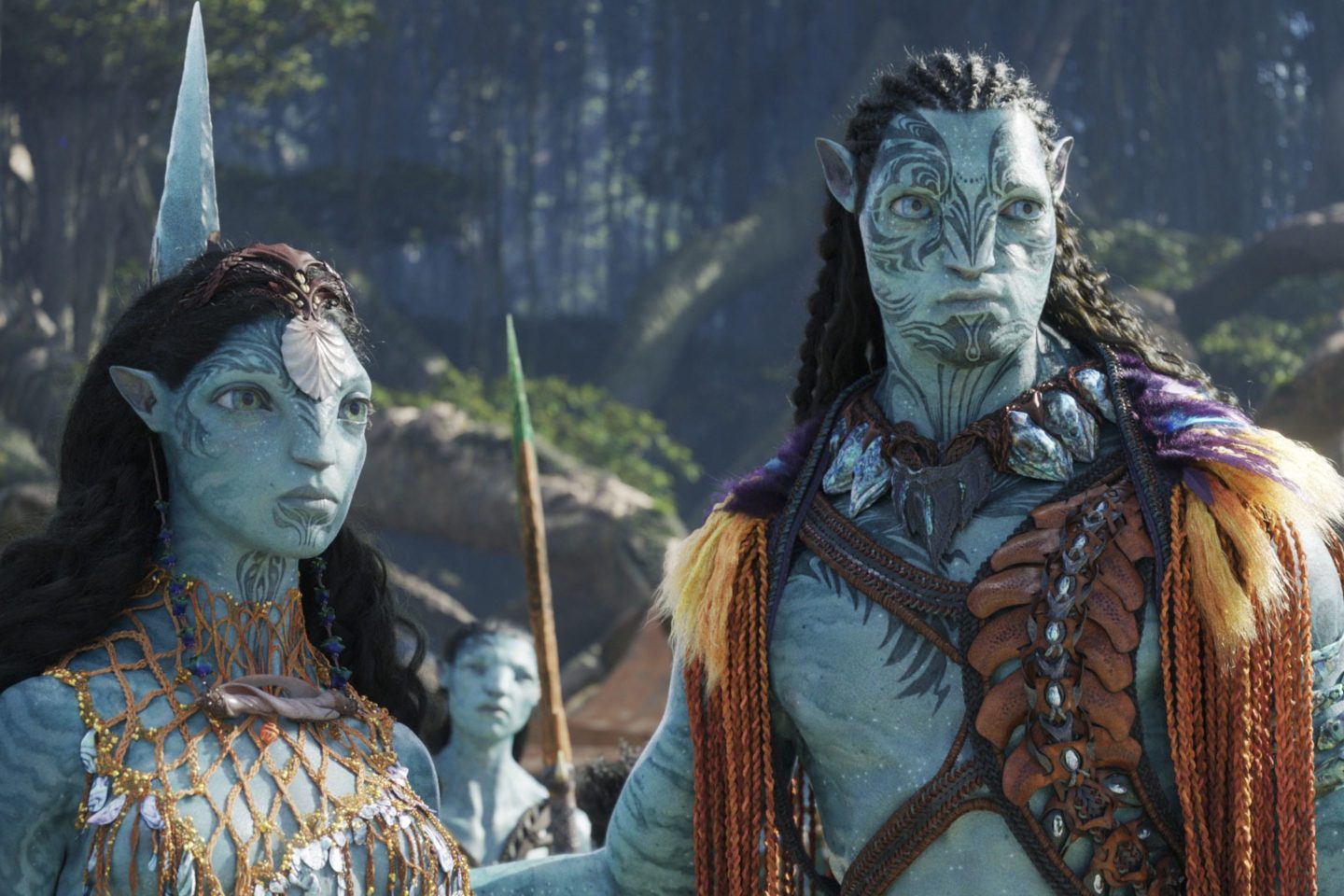 Avatar: The Way of Water is in cinemas from December 16.
Disney

Walt Disney Co.’s Avatar: The Way of Water crashed screening equipment in some theaters across Japan, running into technical difficulties during its critical opening weekend in the country.

Audiences who went to see the James Cameron sequel took to social media to report abrupt cancellations and staff apologizing about machine troubles while issuing refunds. At least one theater lowered the frame rate of the film in half in order to be able to screen it.

The second Avatar film, one of the most expensive productions in Hollywood history, adopts many of the latest visual technologies, including a high frame-rate 3D format that requires a great deal of information processed quickly. It appears to have fallen prey to Japan’s cinema industry being slow to upgrade to the most up-to-date equipment.

United Cinemas Co., a member of the Lawson Inc. group, and Toho Co. declined to comment on the issue. Some of their screens were mentioned by fans who’d been turned away from their booked Avatar screenings. Tokyu Corp., another theater chain operator in the country, and Disney, the movie’s distributor, did not return calls seeking comment.

The specific cause of the technical issues remains unclear, however one theater in Nagoya worked around its hurdles by stepping down from the specified 48 frames per second to the traditional cinematic 24fps.

These challenges come at the worst time for the Cameron film, which underwhelmed some estimates with its opening weekend box office haul and now faces a disrupted holiday season in a country of avid moviegoers. That may further weigh on Disney’s share price, which has fallen 45% this year.