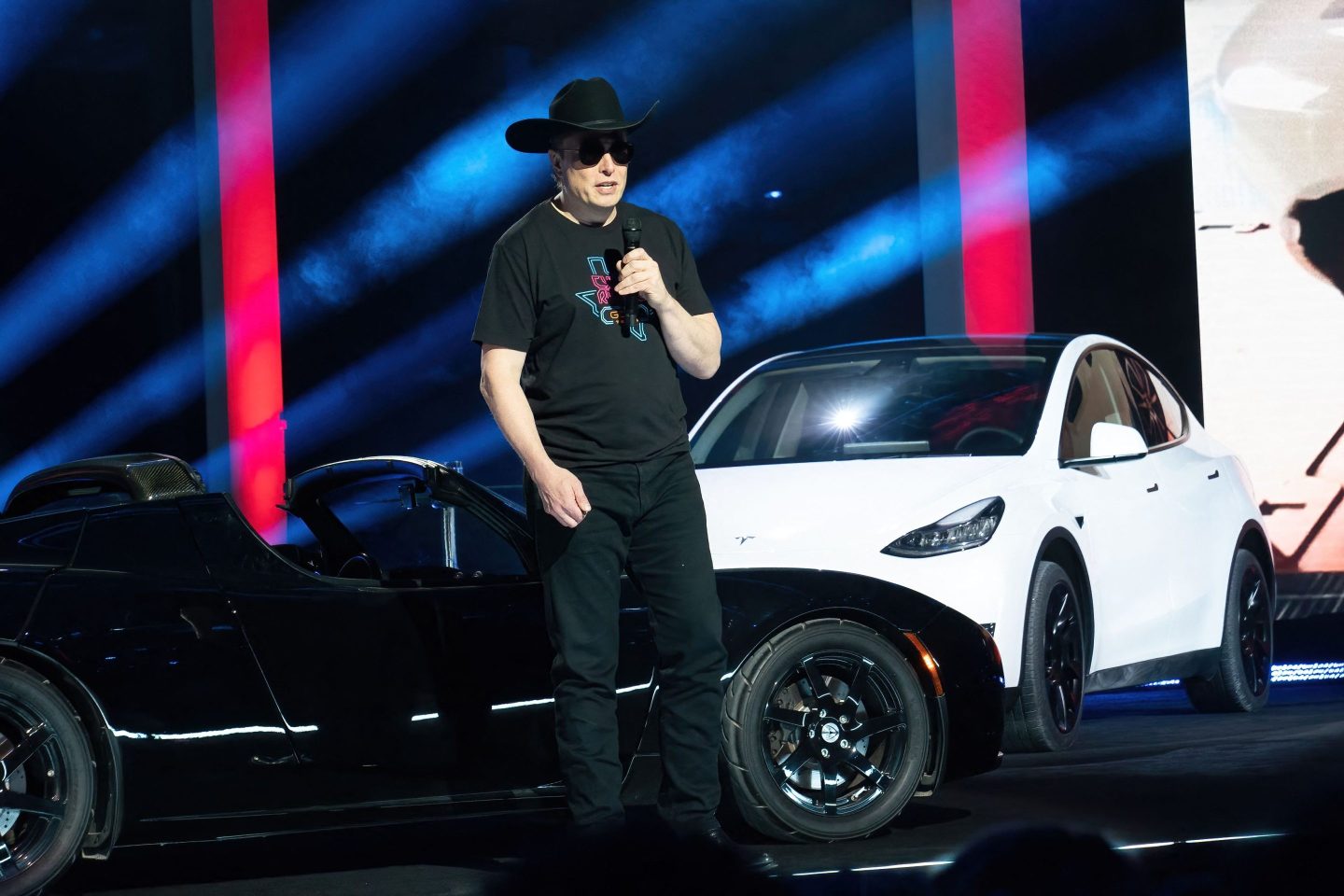 Elon Musk may have shut down Jack Sweeney on Twitter, but the college student isn’t backing down.

Sweeney, a sophomore at the University of Central Florida, had been running a Twitter account, @ElonJet, that tracked the flights of the billionaire’s private jet. On Wednesday evening, the account was permanently suspended.

The Tesla CEO tweeted on Wednesday that a car transporting his 2-year-old son, X, was followed on Tuesday by a “crazy stalker (thinking it was me), who later blocked car from moving & climbed onto hood.” He added that “Legal action is being taken against Sweeney & organizations who supported harm to my family.”

In an op-ed for Newsweek published Thursday, Sweeney wrote: “I certainly never expected him to tweet that, especially as he appears to refer to me by name as ‘Sweeney’ in the tweet. It made me wonder if he’s trying to scare or intimidate me.”

It also came as a surprise because Musk, who describes himself as a “free speech absolutist,” specifically tweeted in early November shortly after he took over the company that he would not take any action against Sweeney’s jet tracker.

“My commitment to free speech extends even to not banning the account following my plane, even though that is a direct personal safety risk.”

If Musk flipped his position, it isn’t the only example of him doing so of late. After selling 4.4 million of his personal Twitter shares for $4 billion in April, he tweeted, “No further TSLA sales planned after today.” But on Wednesday, he sold more shares, worth $3.6 billion, further fueling questions about whether he’s the right leader for Tesla given his focus on Twitter, which he bought in late October for $44 billion.

Sweeney noted that he drew from publicly available data for his posts about Musk’s private jet movements.

“I don’t think my account specifically is putting his safety at risk,” he wrote. “I’m in the middle here: the data comes from a public source, and then I post it on Twitter.”

Sweeney wrote that he had appealed to Twitter to have ElonJet reinstated, and the company temporarily agreed to it. “Twitter said tracking apps would be allowed if you posted the data on a 24-hour delay, and I was happy to do that,” he wrote. “But within an hour or two, I was suspended again.”

Fortune reached out to Twitter but did not receive an immediate response.

On Thursday night, Twitter abruptly banned the accounts of more than a half dozen journalists. Musk suggested that the users were banned because they shared information about the ElonJet account.

Sweeney noted that he started the ElonJet account because he was a fan of Tesla and SpaceX, the private space business Musk also runs.

“I’m still a fan of Musk’s ventures,” he wrote, “but I don’t know that I agree with some of the choices that he is making on Twitter now.”

In the meantime, he isn’t backing down following the ban of ElonJet.

“This experience has motivated me, if anything,” he wrote. “I’ve been wanting to build my own website and this is just another reason to accelerate that. The website would basically be all of my accounts—not just ElonJet—with a lot more features, like a map, historical data, and stats.”

He noted he set up on Wednesday an account on Mastodon—an alternative social network that other Twitter users have also flocked to since Musk’s turbulent takeover—and had already had accounts on Facebook, Instagram, Telegram, and Truth Social.

“I will continue tracking Musk’s jet, even if it is on different platforms,” he wrote. “If I give up now, it’s kind of like letting the big guy win.”