Sam Bankman-Fried on prospect of prison: This isn’t the time and place to think about that 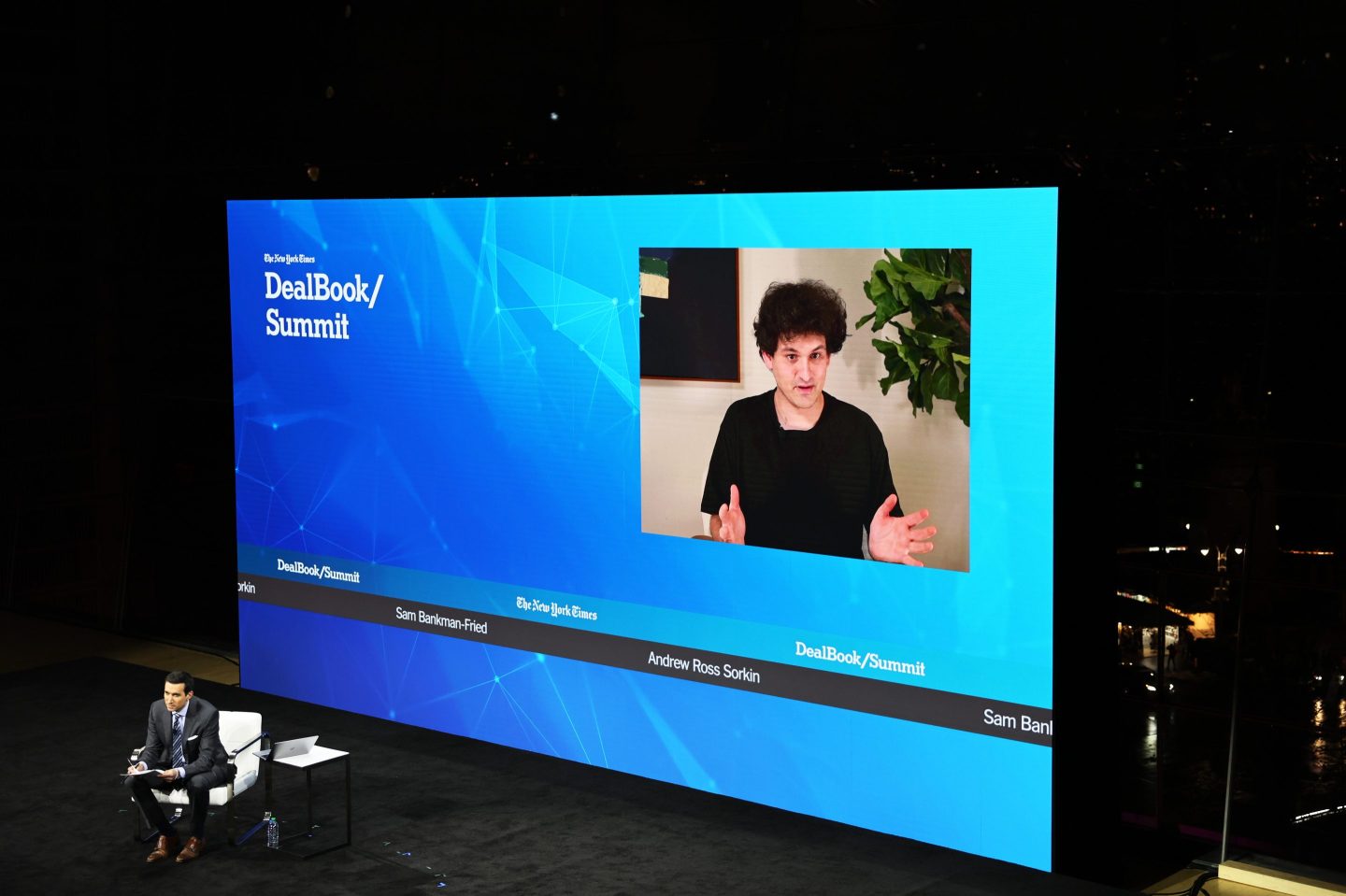 The disgraced founder of crypto exchange FTX, which went broke after raiding customer funds, says he isn’t particularly focused on any criminal risk he may face right now. His remarks came during a widely watched interview at a New York Times DealBook conference.

“There will be a time and place to sort of think about myself and my own future. But I don’t think this is it. Look, I’ve had a bad month,” said Sam Bankman-Fried in response to a question from host Andrew Ross Sorkin as to whether he was concerned about criminal liability for his actions.

The comments elicited laughs from the audience and raised eyebrows on social media, where many were surprised Bankman-Fried had agreed to the live interview in the first place. Those at the center of potentially criminal scandals typically heed the advice of lawyers to stay quiet lest they provide compromising information to prosecutors.

“They’re very much not,” said Bankman-Fried in response to a question about whether lawyers were telling him to speak out. “I have a duty to explain what happened… I don’t see what good is accomplished by me just sitting locked in a room pretending the outside world doesn’t exist.”

Legal observers have suggested that Bankman-Fried’s conduct at FTX could amount to wire fraud, a federal statute that can carry a 20-year prison sentence. For now, he has not been been charged with any criminal indictments and is presumed innocent.

Sam Bankman-Fried, appearing virtually from the Bahamas clad in a black T-shirt, apologized for the collapse of FTX, which owes funds to more than a million customers and creditors. But he denied trying to commit fraud.

“[I] didn’t knowingly commingle once. I was frankly surprised by how big Alameda’s position was, which points to another failure on my part. I wasn’t trying to commingle funds,” he said, referring to his hedge fund, which drew on funds from the FTX exchange when it ran into financial trouble earlier this year.

On several occasions during the interview, Bankman-Fried apologized to investors for the FTX debacle but did not appear to acknowledge he had done anything morally wrong.

“At end of day, I had duty to investors, to the world. I didn’t do a good job of that. I made a lot of mistakes. There are things that I would give anything to be able to do over again. I didn’t try to commit fraud on anyone… There are things I wished had done differently,” he said.