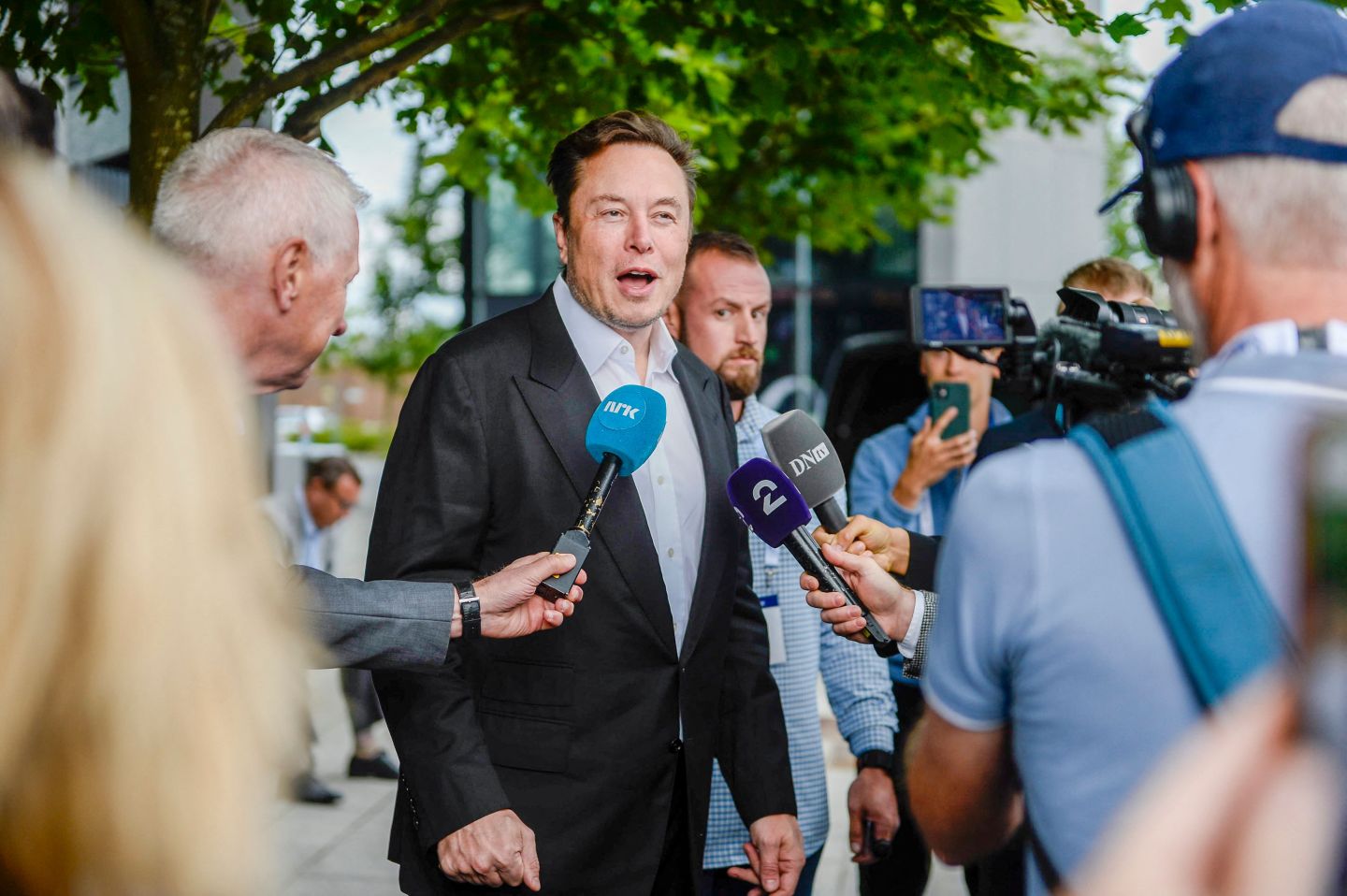 “This is up to the Tesla board,” Musk responded to a buyback request last week.
Carina Johansen—NTB/AFP/Getty Images

Two years ago this month, Tesla fans learned the electric-car maker’s shares were joining the S&P 500 Index, and Elon Musk was turning retail investors into Teslanaires.

Lately, some of the same supporters are griping and engaging in gallows humor about the U-turn the stock has done since then. It more than tripled within a year, only to then relinquish virtually all those gains, with significant damage being done by what looks thus far to be an ill-fated acquisition by Musk of Twitter.

On Monday, after Tesla slumped to a two-year low, more than 8,600 users of the platform that’s been preoccupying Musk for weeks tuned into a Twitter Spaces conversation that the host titled “$TSLA Bagholder Therapy.” Many have complained about the CEO dumping his stock and are asking for a share buyback.

“This is up to the Tesla board,” Musk responded to one such request last week. He said during an earnings call last month that the board generally thought a buyback made sense and that something on the order of $5 billion to $10 billion was possible.

Authorizing a buyback would be a show of confidence on the part of Tesla’s board that the stock is undervalued. Musk, who’s not been shy in the past about talking down the share price, was wildly bullish about its potential during the latest earnings call, saying he saw potential for Tesla to be worth more than Apple and Saudi Aramco combined. He undercut those comments three weeks later by selling another $3.95 billion batch of his stock, bringing the total he’d disposed of in the past year to about $36 billion.

Musk’s incessant tweeting about the social media company he now owns, rather than the carmaker he’s been paid handsomely to run, is showing no signs of letting up. That’s not helping a stock that already was under pressure after Tesla warned last month that it probably will come up just short of its goal to expand vehicle deliveries by 50% this year.

After Musk acknowledged demand was “a little harder” to come by because of economic downturns in China and Europe and the Federal Reserve’s interest rate increases, Tesla reduced prices in China, and one analyst has said he won’t be surprised if the company makes further cuts in the coming weeks.

For all these reasons for concern, Tesla still has a lot going for it. It remains far and away the dominant electric vehicle brand in the US and is well positioned to benefit from the tax credits that the Inflation Reduction Act makes available both to consumers and battery manufacturers. Incumbent carmakers including Volkswagen and Mercedes-Benz keep stumbling in their attempts to catch the EV leader.

If Tesla does end up doing its first-ever share buyback, it will run counter to what the company tells investors wondering whether it’ll ever return some cash to shareholders: that it intends to retain all future earnings to finance further growth. Coming up with coherent messaging about a change of heart in this regard could be tricky.