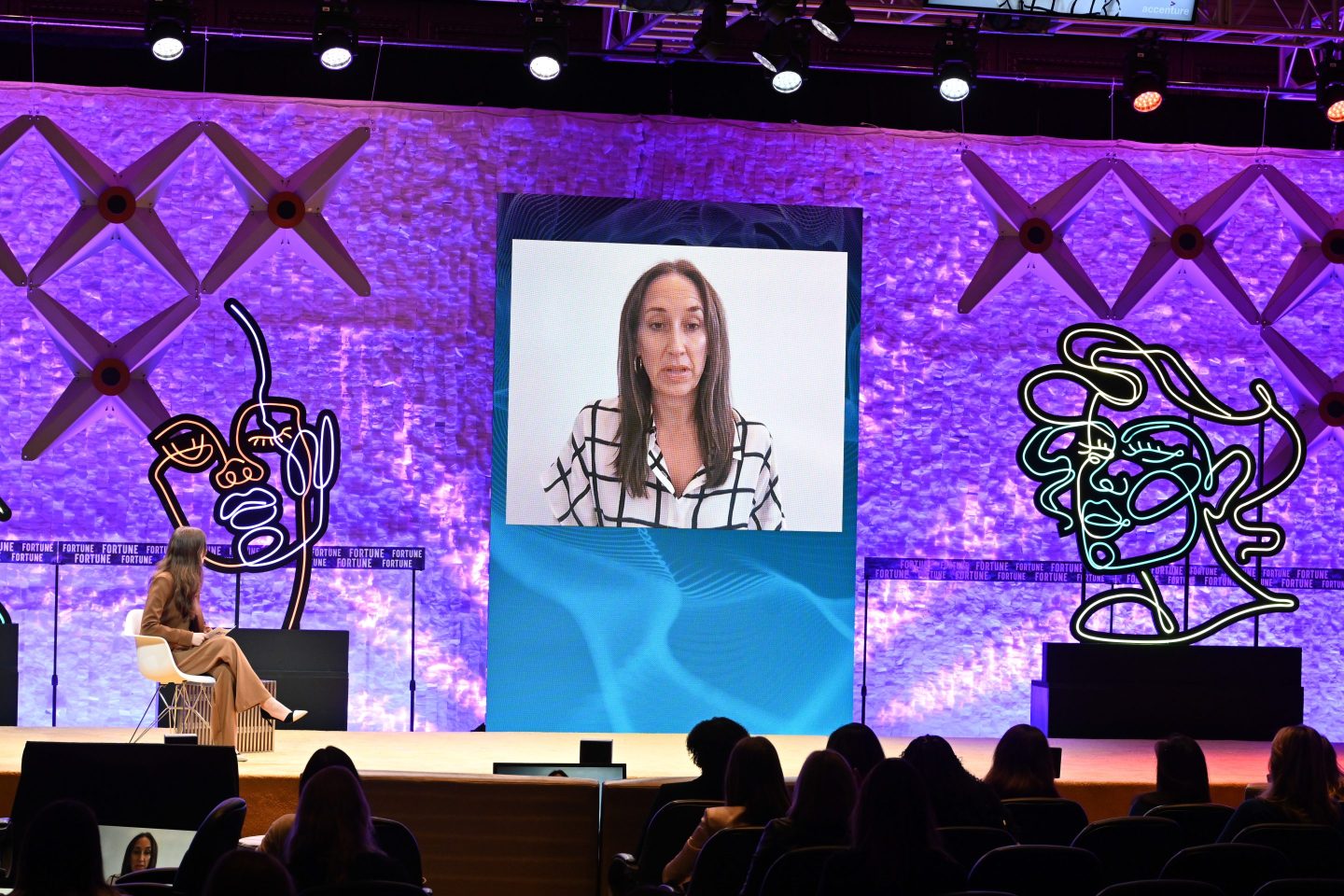 Emilie Arel, president and CEO of Casper Sleep, in conversation with Emma Hinchliffe of Fortune.
Stuart Isett for Fortune

Companies like Allbirds, Warby Parker, and Casper pioneered a new mode of retail where they sold their products online directly to consumers, rather than through middlemen like big-box stores. Many direct-to-consumer (DTC) firms thrived during the pandemic, especially mattress retailer Casper, which was acquired by private equity firm Durational Capital Management in November of last year. Now, many of these once high-flying companies are hitting rock bottom as many Americans pull back spending.

Casper isn’t immune to the bleak macroeconomic conditions, which the company’s chief executive, Emilie Arel, addressed on stage at the Fortune Most Powerful Women Next Gen conference last Wednesday. The downward trend of consumer spending on mattresses and other large durable goods has put Casper in a tough spot, Arel said on stage, and said the company “really started to feel the pain” in Q4 of last year.

“We have to start being more realistic,” Arel said. “You have to be prepared for the downturn.”

Arel succeeded founding CEO Philip Krim in November 2021. Prior to her chief executive role, she was the company’s president and chief commercial officer.

In the first six months of 2021, Casper’s revenue was roughly $279 million, and its net loss for the same time period was roughly $55 million. Casper has consistently struggled to turn a profit—an obstacle that Arel is determined to overcome.

“I tell my team all the time, ‘We’re not a nonprofit,'” Arel said. “This is a business where we need to make money. And I think it’s important that you are clear with your team about what that means and are clear about that it’s going to be hard work.”

In an effort to gain a larger market share of what Casper dubbed the “sleep economy,” the firm expanded its product line beyond mattresses to include things like self-dimming lights, dog beds, night masks, robes, and more. It’s yet to be seen if Casper’s new offerings can help it bounce back from supply chain hurdles, stiff competition, and a gloomy economic environment and finally gain profitability.

Arel’s advice to other entrepreneurial leaders navigating these choppy waters is clear: Prepare for the worst and have a good team ready to forge ahead with you.

“I think it’s important you just have the right team, and they know what they’re signing up for,” Arel said.