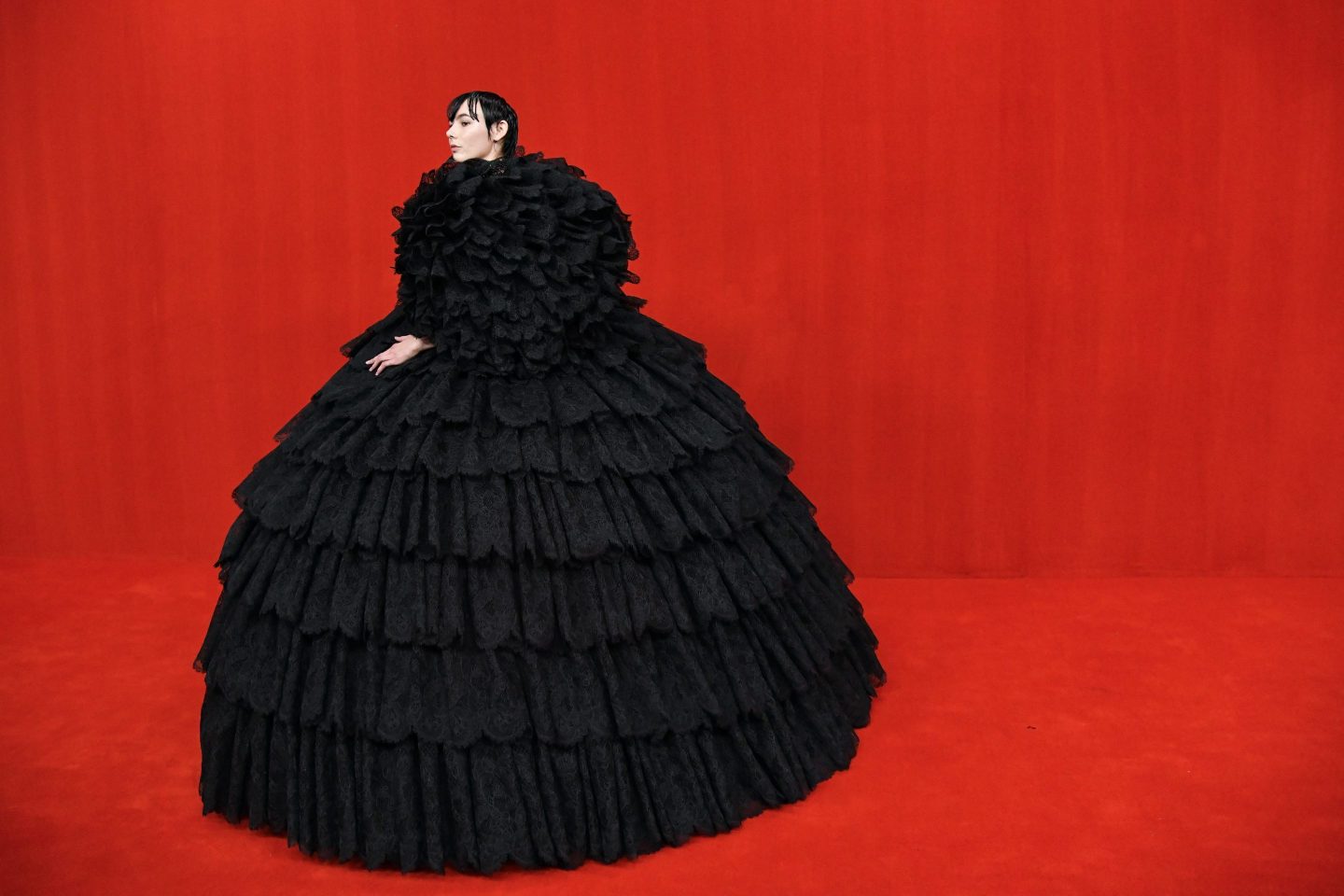 A model walks the runway during the Balenciaga Ready to Wear Spring/Summer 2022 fashion show as part of the Paris Fashion Week on Oct. 2, 2021 in Paris.
Victor Virgile—Gamma-Rapho/Getty Images

Balenciaga apologized after the fashion label was accused of sexualizing children in its advertising.

The label has deleted photos that featured children holding teddy bears that were clad in what appeared to be bondage gear after the images generated outrage on social media. As of late Tuesday, Balenciaga was still trending on the topic of fashion on Twitter.

“We sincerely apologize for any offense our holiday campaign may have caused,” the Kering SA-owned brand said on its official Instagram account. “Our plush bear bags should not have been featured with children,” it said, adding the ads have been removed from all platforms.

Balenciaga also apologized for displaying “unsettling documents” in the campaign after one of the photos appeared to show an excerpt from a court ruling involving child pornography. The company said it’s “taking legal action against the parties responsible for creating the set and including unapproved items” for its spring 2023 photo shoot.

“We strongly condemn abuse of children in any form. We stand for children safety and well-being,” it added.

Balenciaga named the single-named designer Demna artistic director in 2015. Under his creative leadership, the brand’s popularity soared as it launched sneakers such as the Triple S, which are instantly noticeable for their exaggerated size. The brand also became recognizable for its aesthetic that features models wearing sunglasses at night, black hoodies and broad-shouldered jackets.

The latest campaign, currently shown on its Instagram account, features model Bella Hadid, actresses Nicole Kidman and Isabelle Huppert in an office setting. The brand frequently deletes photos from its account and replaces them with new ones.

The controversy comes during the holiday shopping season, a crucial moment for fashion brands. Balenciaga also made headlines earlier this month after quitting Twitter.