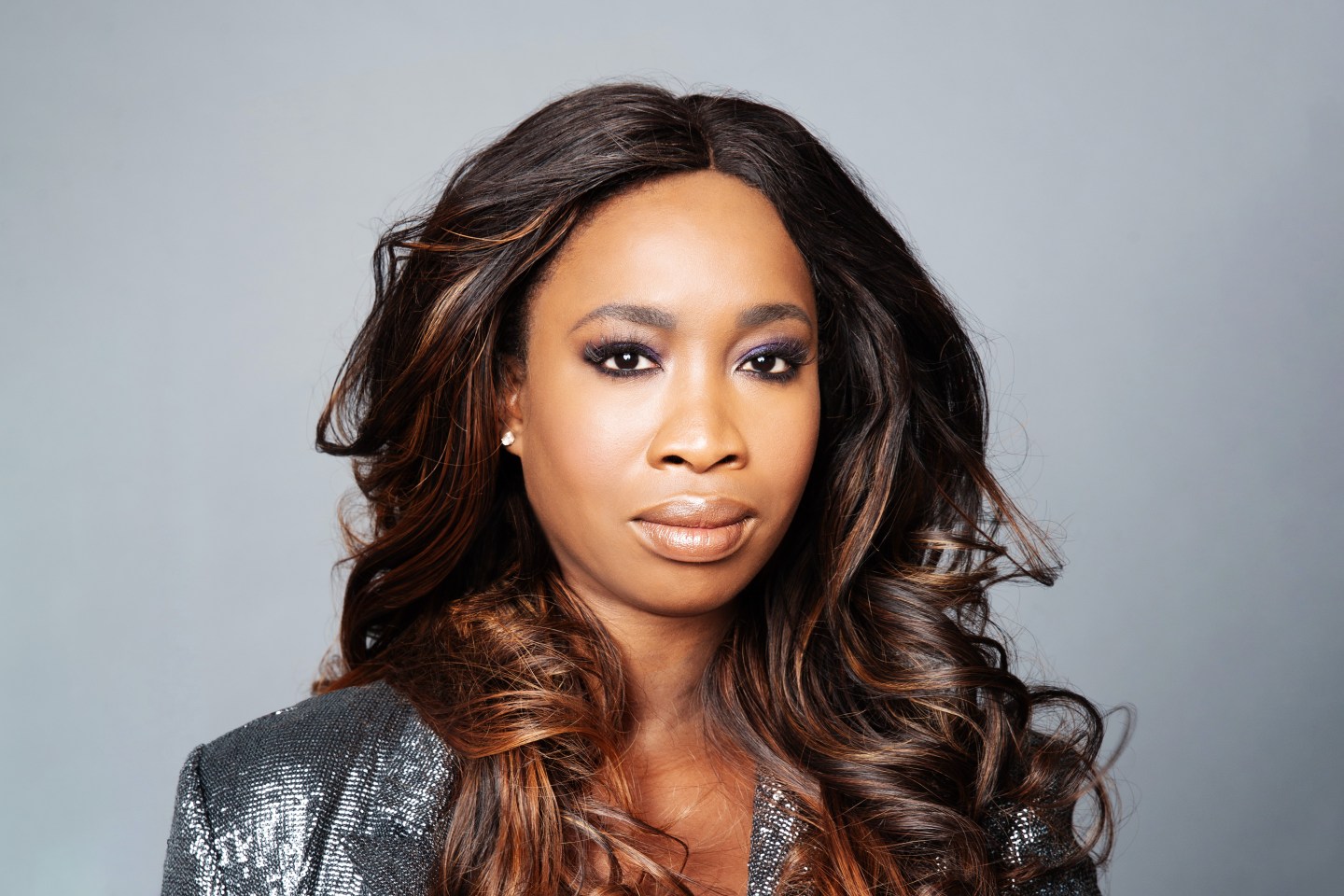 Good morning, Broadsheet readers! Patreon’s chief people officer’s exit leaves the company without any female executives, women now outnumber men at the New York Philharmonic, and Annie Jean-Baptiste pushes Google to build more inclusive products. The Broadsheet will be off for the rest of the week for Thanksgiving in the U.S.—we’ll be back in your inbox on Monday.

– Product updates. Diversity and inclusion have always been important to Annie Jean-Baptiste. A longtime Googler, she joined the tech company in 2010 as an account manager before stepping into a D&I role four years later.

While in that position, she realized D&I had a place outside of talent: in product. She took advantage of Google’s 20% project policy, which allows staff to dedicate 20% of their time to an area outside their core role, to explore how she could apply inclusion to tech offerings.

She started with Google Assistant and the camera sensors team and, together with her colleagues, identified four critical parts of the product development process that are inflection points for inclusion: ideation, UX, user testing, and marketing. Working at those four junctions, they pinpointed which Google Assistant responses to eliminate and taught the assistant to effectively respond to prompts like “tell me a fact about Pride or Black Lives Matter.”

“It’s not just about removing things, but also showing up for people in the moments that matter most,” Jean-Baptiste says.

Their recent work includes the launch of “women-owned” and “LGBTQ-owned” attributes that businesses can add to their Google pages and improvements to the Google Pixel camera to better represent all skin tones in photos and videos.

It’s a task that sometimes intersects with high-profile issues at Google. Take, for example, the news yesterday that U.S. lawmakers are urging the company to fix misleading ads alongside searches for abortion services. Most of Jean-Baptiste’s work is centered on consumer-facing products, separate from the ethical A.I. controversies that have engulfed Google in the past.

“At its core, it’s really about belonging,” Jean-Baptiste says of building inclusive products. “It’s saying, ‘Who else needs to be included? And whose voices are missing?’”

Ironically, Jean-Baptiste’s work could make her role obsolete by ensuring Googlers think with an inclusive framework without prodding. So far, she says the company has made the most progress in hardware, where much of this work started. Her team wants to iterate that success and create a “repeatable process” for others. “We’re aiming to build that muscle…so everyone has it.”

- Major departure. Patreon chief people officer Tiffany Stevenson recently resigned, leaving the company without any women in its executive ranks. CEO Jack Conte said the now all-male executive team is “not OK” and pledged to primarily interview women for the role. Stevenson’s exit follows a string of female departures from Patreon’s top ranks since 2019. The Information

- Making progress. In 2017, the “Big Three” institutional investors, State Street, BlackRock, and Vanguard, pledged to increase gender diversity on corporate boards. Their campaigns led corporations to add at least 2.5 times as many female directors in 2019 than in 2016, a new working paper finds. National Bureau of Economic Research

- Sea change. For the first time in the New York Philharmonic’s 180-year history, women outnumber men 45 to 44. But this record could be temporary, as the prestigious orchestra has to fill 16 vacancies. New York Times

- Clean slate. Oregon Gov. Kate Brown pardoned 45,000 state residents on Monday convicted of possessing an ounce or less of marijuana before 2016. The state legalized recreational cannabis use in 2015. New Republic

- Misleading ads. Google introduced a policy in 2019 requiring that advertisements appearing alongside abortion-related search results be certified based on if they provide the procedure. Two senators are now asking the tech giant to ensure the policy is more consistently applied to address misleading ads from antiabortion crisis pregnancy centers. Bloomberg

- No choice. Liberty Media, Ticketmaster’s largest shareholder, blamed the Taylor Swift ticket fiasco on overzealous Swifties and bots, adding that it was Swift’s decision to partner with Ticketmaster. The singer's tour promoter AEG Presents retorted that it had no choice but to partner with the company because of Ticketmaster's exclusive deals with most venues used on tour. CNBC

Chip and Joanna Gaines’ Magnolia empire is huge. It’s about to get way bigger Variety

The reincarnations of Willow Smith Spin

Riding the subway with Anna Delvey The Cut

“[I’m] going to keep going out there and being me. Being in places where people like me haven’t been before, it’s a very powerful thing to do.”