A surgeon and a former Meta exec left their prestigious careers for startups. They aren’t the only ones in search of purposeful work 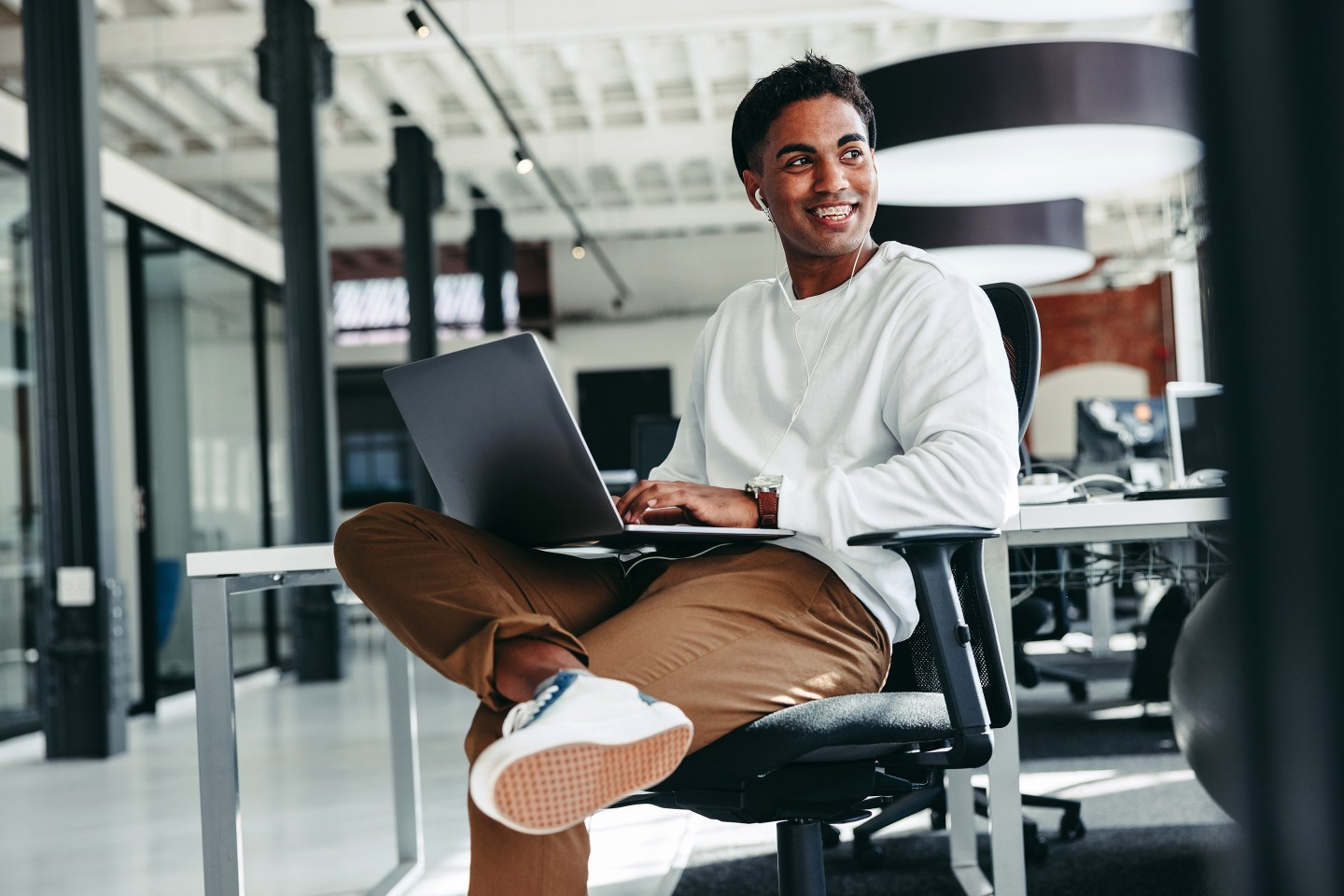 What’s the most impressive side hustle that comes to mind? Adjunct professor, a consulting gig, doing absolutely nothing?

For Osso VR founder and CEO Justin Barad, treating patients on weekends at the Orthopaedic Institute for Children in Los Angeles is his side hustle. After graduating from the David Geffen School of Medicine at UCLA and working as a surgeon at Boston Children’s Hospital, he became disillusioned with medicine and physicians’ understanding of comprehensive patient care. So he combined his medical expertise with his love of video games and coded the prototype for Osso VR, a virtual reality training video for surgeons.

“People said, ‘This is stupid. You can’t use video games to train people to do surgery,’” Barad says. “Well, I am a surgeon, I make video games, and I know this will work.”

Barad is part of a coterie of ambitious, white-collar workers who left accomplished careers in stable fields and at reputable companies for sometimes obscure startups. The flight from dependable jobs to alternative career paths is well-documented. Nearly half of people who left their jobs went to a different industry entirely, according to a McKinsey survey.

Fortune spoke with several individuals who recently founded or joined startups.  What’s particularly notable is the success these startup converts achieved in their previous careers and the breadth of industries represented. They include an Emmy-nominated special effects artist, a doctor who graduated from med school with a medal for academic achievement, and a Stanford MBA graduate heading a 50-person team at Meta.

For people with such qualifications, joining an early-stage startup is an unexpected choice. But these workers say they left prominent roles because they wanted jobs that offer true purpose but still provide an opportunity to accelerate their careers.

Anu Kirk worked at Sony’s Playstation division for seven years, most recently as the general manager of its virtual reality business, where he led a 50-person team—a role he got by personally asking Sony CEO Shawn Layden for it. He left the company in August 2019 and joined Osso VR a year later, attracted by the 210-employee startup’s ability to create new technology in a virtuous way, he says. “There’s nothing dystopian about what Osso is doing.”

Former Meta exec Saana Rapakko Hunt was head of core growth at Instagram before pandemic-induced “soul searching” forced her to reflect on her skewed work-life balance. She wanted a mission-aligned role she’d be passionate about to make leaving her kids every day worth it. Fittingly, her passion turned out to be supporting fellow parents at The Mom Project, a jobs website for mothers, where she currently serves as president. She was initially hired as chief product officer.

Rapakko describes herself as an ambitious person who has “always worked hard,” but she was willing to compromise on compensation—a roughly 40% salary cut—and name recognition—Instagram has two billion users compared to The Mom Project’s one million—but not the work itself.

To justify her move, Rapakko says her work must remain impactful and present new challenges commensurate with her professional experience, like presenting to The Mom Project’s board, leading multiple functions, and coaching her colleagues to think strategically. In short, it’s the work of a values-driven C-suite executive and a role that would likely have taken her far more years to attain at Instagram.

The smaller and often underfunded nature of startup work doesn’t mean it’s any less intellectually stimulating or performed by mediocre hires who couldn’t cut it elsewhere—quite the opposite, Kirk says. “When you’re dealing with a startup, particularly in the early stages, everybody has to be great,” he says. “It’s very easy to identify who’s not performing or at the level they need to be.”

Barad points out that he often poaches Sony and Disney employees who work in gaming or visual effects because those sectors burn out even the most devoted employees. He says some of his new hires feel like they “found the promised land where they can practice their skills, help people, and not be crushed into the ground until they’re useless and cast aside.”

Therein lies the true problem. It’s not that these Fortune 500 émigrés are adverse to long work hours; they want an employer that appreciates their unique skill set, perspective, and talents. “I can fill a generic role as a product manager or leader and excel,” Kirk says. “But that’s less exciting to me than a company that says, ‘Hey, we don’t want just anybody for this slot. We need your specific experience, skills, and perspective.’”

At startups, employees can also help shape the corporate vision and deliver results that aren’t solely measured against KPIs and shareholder value. “It’s gone from scale in terms of measuring the number of people you’re touching,” says Rapakko, referring to Instagram’s reach, “to measuring this mission that you’re trying to push into the world.”