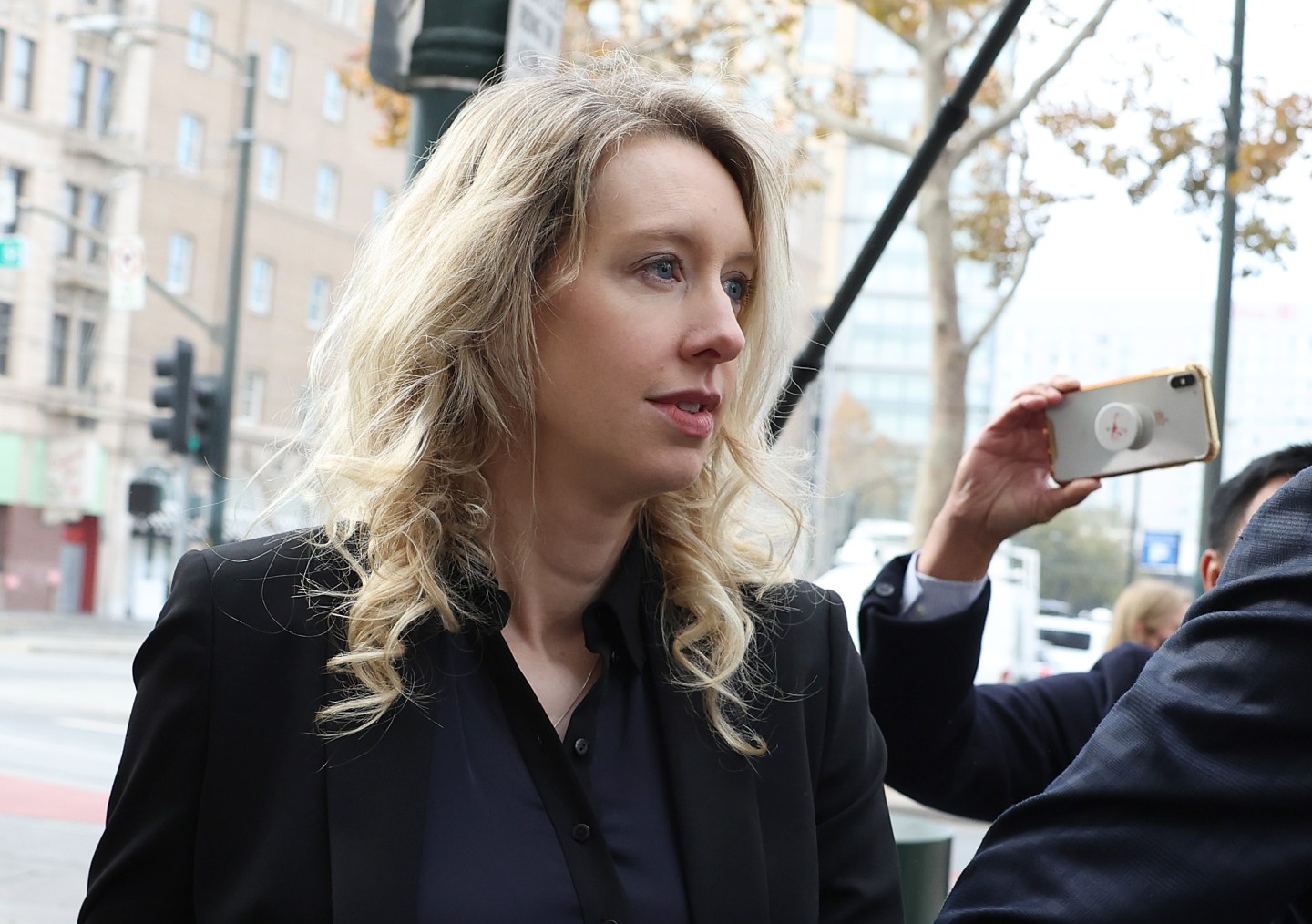 Former Theranos CEO Elizabeth Holmes on November 18, 2022 in San Jose, California. Holmes appeared in federal court for sentencing after being convicted of four counts of fraud for allegedly engaging in a multimillion-dollar scheme to defraud investors in her company Theranos, which offered blood testing lab services.
Justin Sullivan—Getty Images

After a yearlong legal battle—one in which Elizabeth Holmes has become the poster child for Silicon Valley-gone-wrong—the disgraced founder of blood testing company Theranos was sentenced to prison on Friday.

While the sentence puts an end to years of debate about Holmes’s own culpability in misleading people about the potential of her company’s technology, the sentence will make enormous waves across the industry.

It was a “stiff sentence,” John Carreyrou, the former Wall Street Journal reporter who broke the Theranos story, told NBC outside of the courthouse, shortly after the judge gave the sentence.

Carreyrou explained how, in statements before the sentence, the judge had described Silicon Valley as a hub of innovation and creativity, but how “all that relies on trust.”

“It was very clear that, in large part, this was a tough sentence to set an example—he called it…a cautionary tale,” Carreyrou said.

While many top-tier, traditional venture capital firms had steered clear of Holmes and Theranos, Holmes still managed to garner nearly $1 billion in funding from investors, including high-profile individuals like Rupert Murdoch, who owns the Wall Street Journal, or the late George Shultz, the former U.S. Secretary of State who had passed away before the trial commenced. Holmes’s first check was written by the famous venture capitalist Tim Draper, who told Fortune earlier this year that Holmes never lied to him.

Holmes’s fraud has often been compared with the lofty projections founders sometimes make to attract investors. However, it has been extraordinarily rare for a founder to face any kind of legal consequences for doing so. More recently, electric vehicle company Nikola founder Trevor Milton was convicted of fraud. And Sam Bankman-Fried, who founded the crypto exchange FTX, which filed for bankruptcy two weeks ago, is being investigated by the Department of Justice, Securities and Exchange Commission, and other regulators.

In the case of Theranos, Holmes’s former boyfriend and Theranos executive Sunny Balwani was also tried for similar charges and was found guilty of 12 criminal fraud charges. He is scheduled to be sentenced on Dec. 7.

For Holmes’s sentencing, video footage was not allowed in a federal courtroom, but several journalists live-tweeted the trial, documenting final statements made by one of the victims, Alex Shultz, whose son had been a whistleblower at Theranos and whose father, George Shultz, was an investor and board member. Holmes became emotional in the courtroom and quoted a poem, saying: “Yesterday I tried to change the world. Today I’m wise, and want to change myself.”

In the hours leading up to the sentencing, prosecutors asserted that Holmes had supposedly told a Walgreens executive that “they don’t put attractive people like me in jail,” though her defense lawyer stated that this had not been part of the trial or included in evidence, per tweets from former Term Sheet writer Erin Griffith.

All of this has come full circle—from the cover of Fortune to the courtroom. And it will forever be a warning to founders that there is a firm line between optimism and fraud.

- Rezo Therapeutics, a San Francisco-based disease networks mapping biotech company, raised $78 million in Series A funding. SR One, a16z Bio + Health, and Norwest Venture Partners co-led the round and were joined by investors including SV Angel, Liquid 2 Ventures, and Hawktail.

- Speak, a San Francisco-based English language learning platform, raised $27 million in Series B funding. The OpenAI Startup Fund led the round and was joined by investors including Lachy Groom, Founders Fund, and other angels.

- Metaspectral, a Vancouver, Canada-based computer vision software company, raised $4.7 million in seed funding. SOMA Capital, Acequia Capital, the Government of Canada, and others invested in the round.