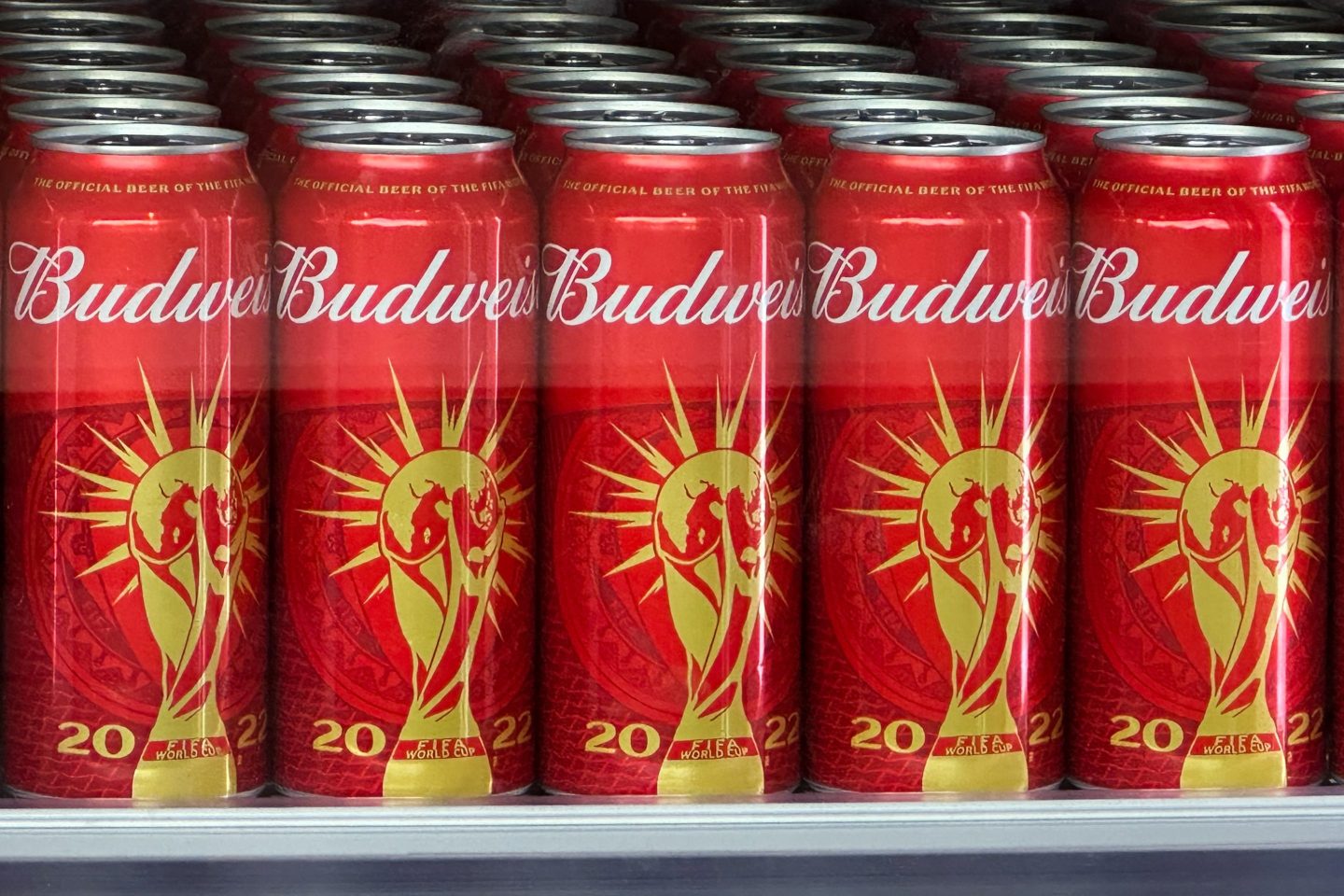 Qatari officials are set to ban the sale of alcohol within World Cup stadiums, dramatically reversing a decision to allow Anheuser-Busch InBev NV to sell Budweiser beer, according to a person familiar with the matter.

The decision will likely result in moving concession stands serving alcohol further away from the stadiums, the person said. The tournament, typically the world’s largest sporting event and a decade in the planning, kicks off Sunday with the hosts taking on Ecuador.

The move to ban alcohol sales within stadiums is an about-face from Qatar’s previous position. The Supreme Committee on Delivery and Legacy had promised alcohol will be available in designated “fan zones” outside stadiums and other hospitality venues. InBev has paid FIFA millions of dollars for exclusive rights to sell Budweiser at the World Cup.

Representatives for FIFA and Qatar declined to comment and a spokesperson for InBev could not be reached for comment. FIFA and AB InBev have previously said they’re trying to create an atmosphere that’s “respectful” toward Qatar’s customs and traditions while still making alcohol available for those who want it.

The tournament has already been beset with controversies, ranging from scheduling complications due to Qatar’s summer heat to the treatment of migrant workers. Difficulties could mount once fans arrive and face local norms, such as dress codes requiring men and women to cover their bodies from shoulders to knees in many public spaces.

Alcohol availability has been a particular flash-point for criticism around FIFA’s decision to hold the quadrennial soccer spectacle in a conservative Muslim country where public displays of affection, boisterousness and drunkenness are taboo.

Qatar prohibits alcohol sales at almost all restaurants not associated with a high-end hotel or resort. With employer permission, foreign residents can also buy bottles of liquor, beer and wine for home consumption from a single Qatar Airways-run depot on the outskirts of Doha.

Qatari organizers initially said they wanted FIFA events to be alcohol-free but backtracked. Prior to the latest reversal, some fanzones were set to sell “international beverages.” Fans would have been able to purchase Budweiser beer inside the stadium perimeter — in designated beer areas, up to three hours before and one hour after each match, but not allowed to take them in the stands.

The decision is a major blow to AB InBev’s Budweiser brand, the official beer of the tournament and a sponsor of the World Cup since 1985. In September it launched its Official FIFA World Cup campaign in more than 70 countries, the broadest reach in the brand’s 146-year-old history.

Despite the restrictions, the beverage brand had expected more beer to be consumed during the tournament than would typically happen during an entire year in the country, Peter Kraemer, AB InBev’s chief supply officer, previously told Bloomberg.

Without breweries in the region, the company has had to ship its product to Qatar by ocean freight, then find refrigerated warehouse space to protect from the country’s ultra-hot weather, with temperatures above 95 degrees Fahrenheit through the end of October.

Previous deliberations centered on whether to make Bud Light or another lower-alcohol Budweiser product available inside the venues, while FIFA and InBev have pushed for more concessions. They’ve had success in the past — Brazil passed the so-called Budweiser Bill to overturn local laws that prohibited beer in stadiums for the 2014 World Cup, while Russian authorities temporarily relaxed a ban on beer advertising in the run up to the last tournament in 2018.