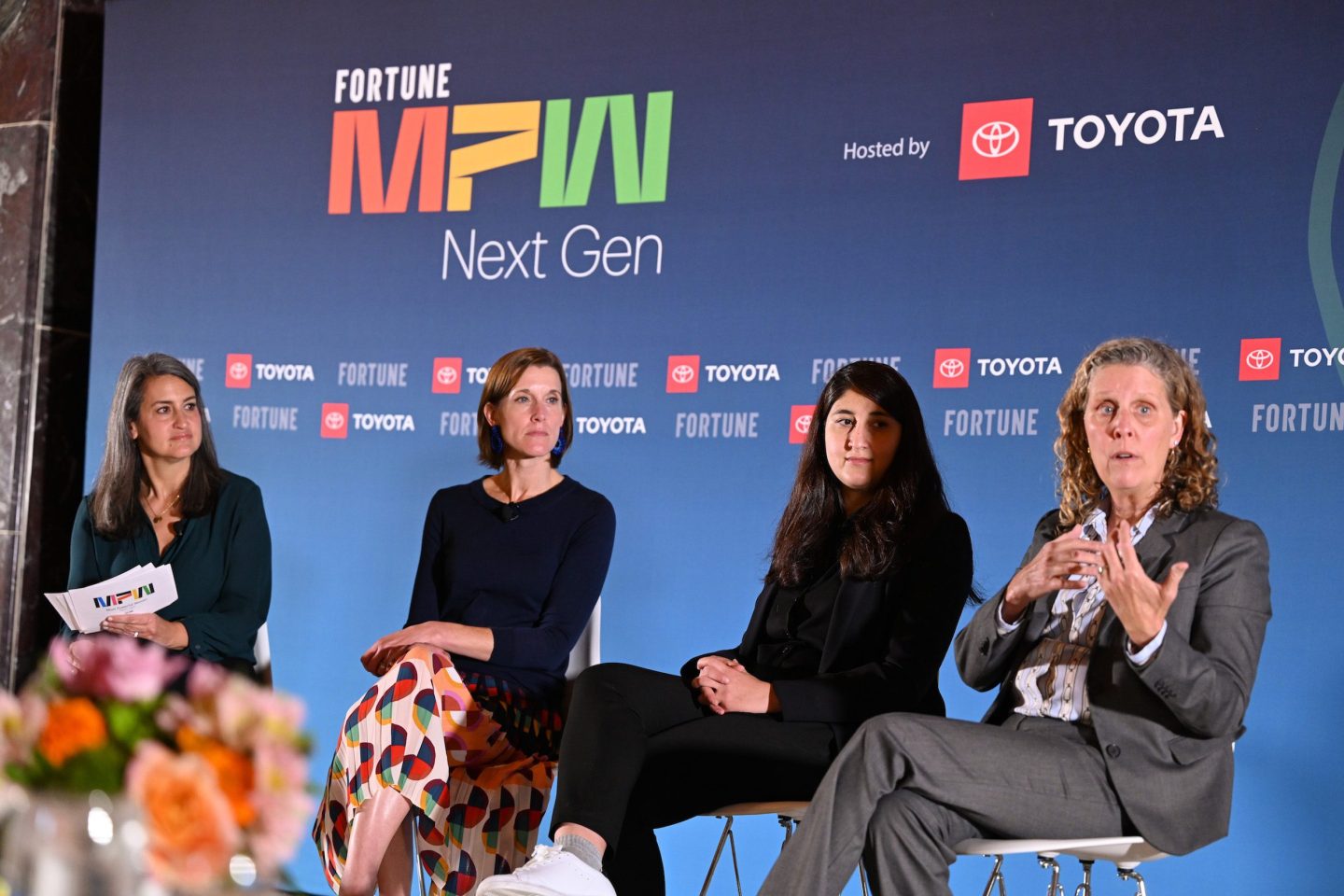 Executives discuss how they are leading transformation in their organizations and in industry, and how they plan to keep pushing for more innovation even in the face of a tighter economy at Fortune's Most Powerful Women Next Gen summit in San Diego on Nov. 16, 2022.
Stuart Isett for Fortune

Research consistently shows that a strong company culture creates better business outcomes. But getting organizations to understand a company’s culture—and what values and purpose drives it—can be a tougher task.

“Sometimes we define [culture] as how things work around here and how does that make you feel,” Sabrina Clark, managing partner at consulting firm SYPartners, told participants at Fortune’s Most Powerful Women Next Gen Summit on Wednesday.

Panelists were united in their view that building a successful culture requires an all-hands-on-deck approach. It cannot just be driven by the HR department or a single top executive. There needs to be space and openness for all to share new ideas. Workforces need to transform to be more accommodating to diverse viewpoints. And keeping track of progress is critical, but score-carding can’t be counted on as a magical cure to address culture challenges.

At Toyota, there is an effort to change the auto giant’s culture by both embracing what makes it a great company, but also changing for the future. “Everything from the past may not be what you want to take to the future,” said Holly Walters, chief information officer and group vice president of information Systems at Toyota Motor North America.

As a global player, Toyota’s culture marries the company’s Japanese culture with who it is globally. A core pillar of how Toyota thinks about evolving culture reflects kaizen, a Japanese term that refers to continuous improvement.

“You have to have the courage to let go of something that’s there, and replace it with something better,” said Walters. “You have to be ready to fail. And if you are going to fail, how do you fail fast and move forward?”

On the other end of the culture spectrum is Overjet, which was founded just four years ago by PhDs from the Massachusetts Institute of Technology, including cofounder and CEO Wardah Inam. Inam said she was able to create the company and culture she wanted to be a part of—and ultimately must take responsibility for the thread that keeps the whole company together.

“This cannot be the responsibility of a few—it needs to be everyone,” said Inam.

Startups like Overjet, which is a global leader in dental artificial intelligence, are often tasked with thinking about the role that culture plays in innovation.

Inam said she thinks of it in the terms of three T’s: trust, time, and tools. Trust to allow for team members to work together, but also challenge each other. The time that’s needed to innovate. And the right tools to ensure Overjet can innovate quickly.

And while the panelists agreed that scorecarding can keep organizations on track, there needs to be nuance to such metrics. Who is judging the progress? And how is that change showing up not just in metrics, but in practice?

This work can result in big, broad systemic changes, over the course of many years, and is often highly personal to each individual. Clark said in the midst of any change, it is essential to ground people in what isn’t changing, but then explaining what is evolving.

“You don’t necessarily fear change,” she said. “You fear loss.”