Elon Musk finally makes up his mind on Twitter Blue: You’ll be an ‘official’ celeb or company if enough verified people follow you 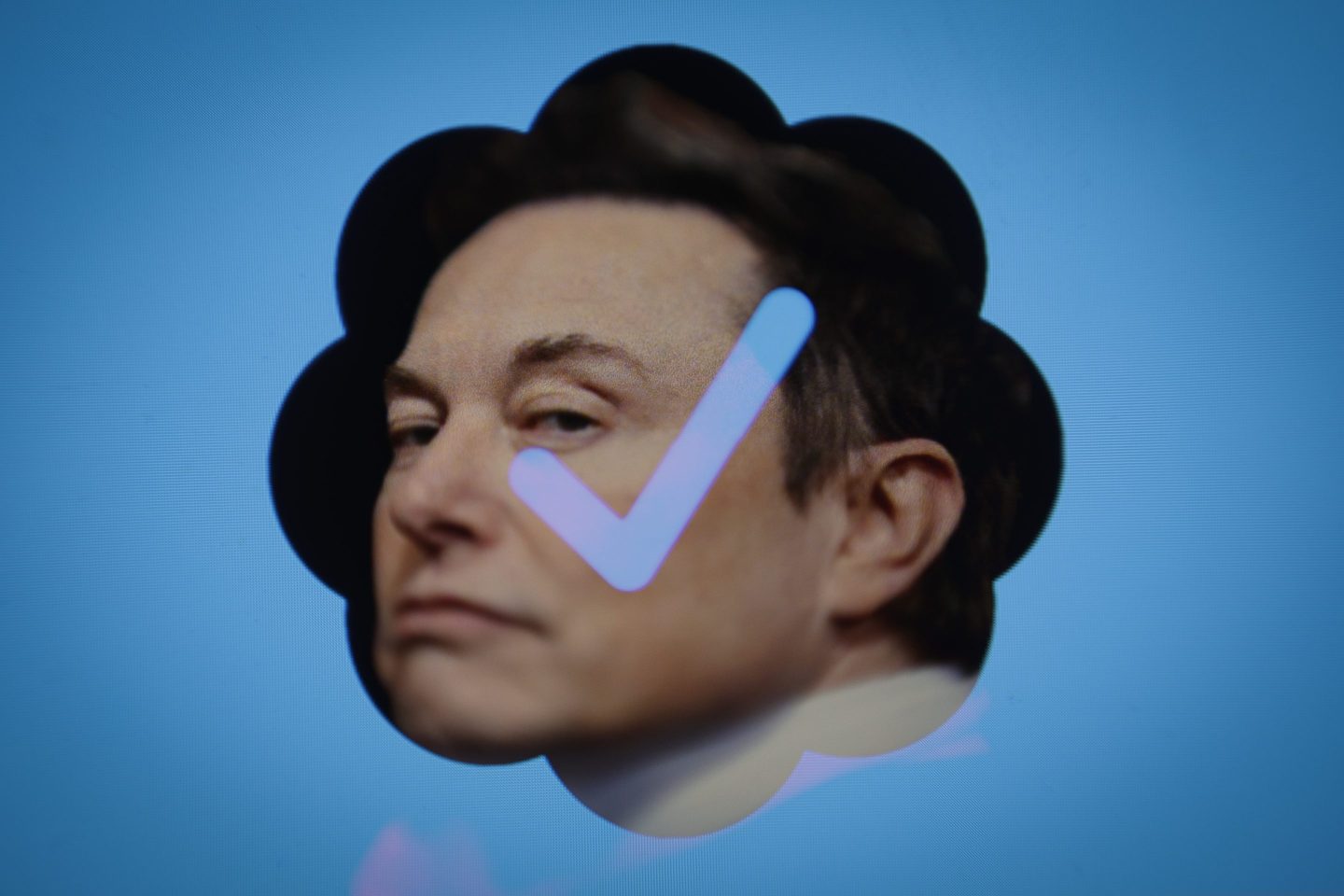 Elon Musk is postponing the rollout of “Blue Verified” on Twitter until Nov. 29 “to make sure it is rock solid” before relaunch, as the initial rollout of the paid verification triggered a myriad of problems on his new social media platform.

In the latest change to the Twitter CEO’s verification plans, Musk said in a Twitter conversation Tuesday evening that the only way to determine if a user is an authentic celebrity or company going forward will be by how many of their followers are paid Blue Verified.

It remains unclear whether these authentic celebrities or companies will have an “official” or “verified” tag under their name, as the new CEO is looking to remove unpaid legacy Blue check marks over the next few months.

The plan still seems far from certain, however. Four hours before confirming that verified followers are the most important metric, Musk ruminated that follower count and the arduous task of disallowing deliberate impersonation would be the answers to his verification troubles.

But when former journalist and conservative Twitter commentator Ian Miles Cheong responded that several notable verified accounts have millions of followers but very little engagement, Musk pivoted to the view that verified follower count will be the key metric.

The news comes amid reports that Elon Musk sent out an email to his entire staff late Tuesday evening introducing a “Twitter 2.0″ that will be “extremely hardcore.” Musk outlined a new workforce that works very long hours at a high intensity where “only exceptional performance will constitute a passing grade,” the Washington Post and Gergely Orosz, author of the technology newsletter The Pragmatic Engineer, reported.

In the email, Musk said employees must confirm by 5 p.m. ET on Thursday evening whether they are on board; otherwise they will be let go with three months’ severance.

Elon Musk has so far fired half the people at Twitter, upended the entire C-Suite, and is now asking more people to leave as he continues to make rapid changes within the company.

Musk introduced the Twitter Blue product only last week, giving users the ability to add a blue check-mark icon next to their name—an icon that was previously only reserved for notable people or public companies—for a fee of $7.99 a month. Musk also promised users paying for Twitter Blue that they would see half the number of ads and that their posts would be given additional visibility.

The move to introduce Twitter Blue came out of a need for Twitter to diversify its revenue sources away from advertising on the platform, which traditionally makes up 90% of the social media’s income.

However, as new Twitter Blue paying users flooded the platform, looking identical to the previously verified Twitter users, the change in verification policy presaged a surge in impostor accounts pretending to be celebrities, politicians, and companies.

This led to a large number of advertisers pausing their ad spend on the platform, with General Motors, United Airlines, and Pfizer all cutting spending until they are sure Twitter is still an appropriate place to put their ads. Paris-based fashion brand Balenciaga went so far as to delete its entire profile from the platform.

So far, around 150,000 users have paid to subscribe to Twitter Blue—or around 0.1% of the 250 million users who log into the platform each day—before Twitter paused the subscription offering due to an influx of impostor accounts that sent the platform into chaos.

Elon Musk’s Twitter has also become home to more hateful content. The use of racial slurs on Twitter has soared since Musk’s takeover, according to a new report from the Center for Countering Digital Hate, which said Musk’s claims that there would be a decline in hateful and racist language “doesn’t stand up to scrutiny.”

Twitter’s head of trust and safety Yoel Roth, who Musk relied on to mitigate harmful content, departed from the company last week on Nov. 10.

As more and more people flee the ailing social media company, the world’s richest man is now tasked with finding a team of engineers willing to work long hours at high intensity to make Twitter into his vision of a free-speech town square.