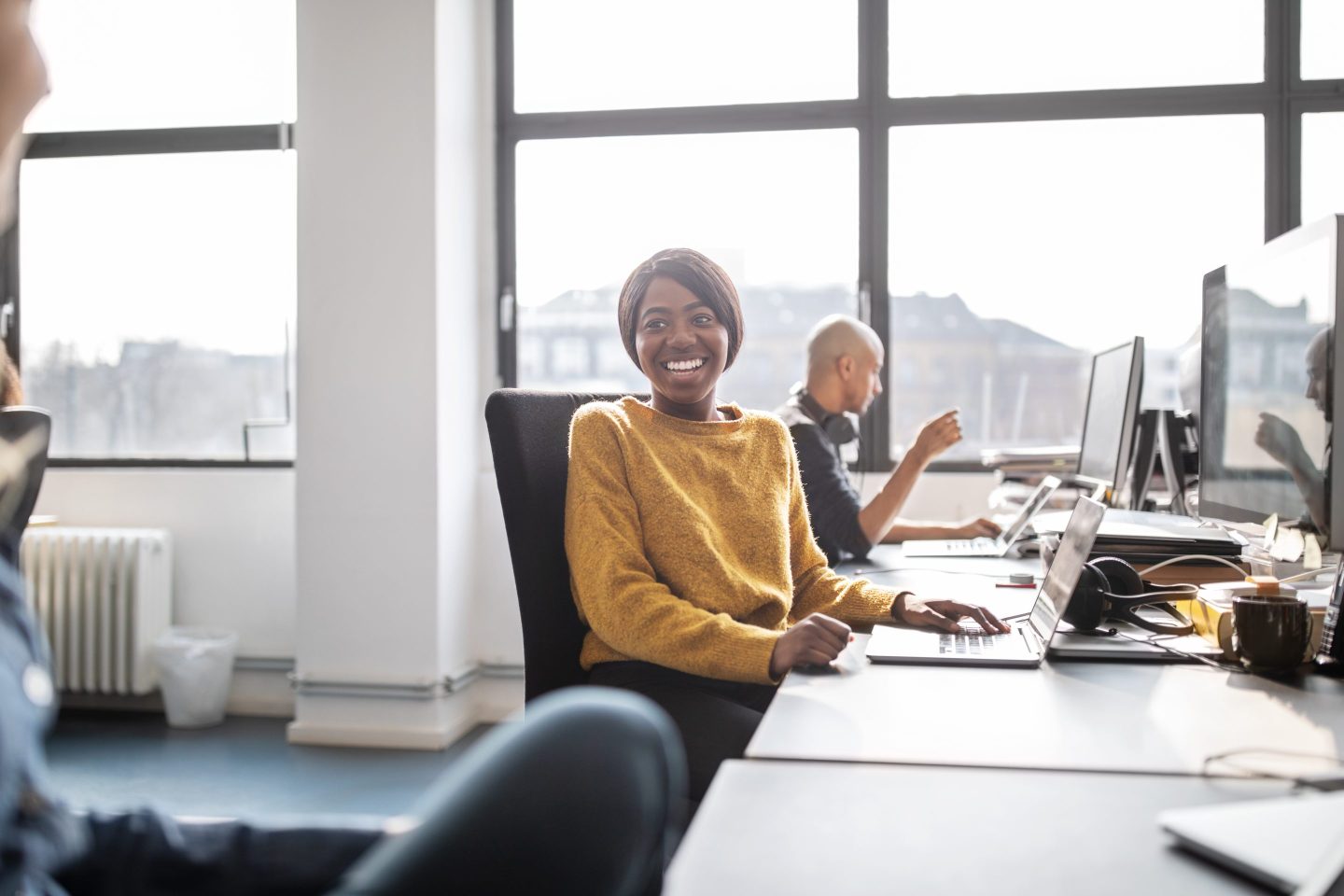 The majority of Gen Z workers say they avoid applying for jobs with employers that have even a perceived negative impact on the environment.
Getty Images

Matthew Kim, a senior at the University of California at Berkeley studying economics, is already in the midst of his hunt for a postgraduation job. But instead of focusing on a big name or a lucrative starting salary among the finance and consulting firms he’s evaluating, Kim is prioritizing how the company measures up.

“At the end of the day, wherever I choose, I’ll be working there for at least the next couple of years hopefully,” Kim says, adding that he wants to put the time in now to find a company that can show it’s aware of climate change. “That is more important to me than a competitive salary. If I can have that versus like a six-figure starting salary, I’ll take that any day of the week,” Kim adds.

“If a company wants to drive more sustainable efforts and reduce the carbon footprint, then that’s a huge plus for me. Just because it shows this company has very high morals,” Kim says. “I was honestly surprised at researching companies which ones were, and which ones weren’t.”

It’s not enough for organizations to simply say they prioritize sustainability; the youngest generation of workers like Kim are demanding companies to walk the walk. About 60% of Gen Z report they avoid applying for jobs with employers that have even a perceived negative impact on the environment, according to a new report from Handshake that surveyed 1,800 users. Previous surveys found more than half of younger workers refused to consider jobs at organizations that lacked diversity and 62% reported they’d be more likely to apply if a company committed to equal pay.

“We’re definitely seeing Gen Z be more vocal and take their values into consideration when making decisions in a way that previous generations perhaps didn’t do as visibly at this stage in the game,” says Christine Cruzvergara, Handshake’s chief education strategy officer.

That’s not to say that’s it’s easy or that Gen Z has perfected a sustainability-first approach when it comes to their employment. They must weigh opportunities that may mean forgoing more lucrative opportunities at a time in their lives when they aren’t exactly rolling in the dough. And for those who can afford to evaluate these traits among potential employers, it can be a challenge to decipher which organizations are fundamentally committed to environmentally sound practices, and which are just putting up window dressing.

Mya Jacobs, 24, opted to transition from an intern to a full-time role at a New Orleans–based public relations company after she graduated in May 2020. “The pedigree of the company brought a level of genuineness and authenticity to the work that was unmatched to my previous job experiences,” Jacobs tells Fortune. Instead of issues like climate change needing special callouts in order to get attention, Jacobs says these values are embedded into everything the Black-owned organization does and continues to do.

Unfortunately “climate change” is a buzzword now, Jacobs says. “An informed candidate has to be able to break that down into manageable and measurable qualities to get a good idea of what that company is really about,” Jacobs says, adding that she focused on figuring out if a prospective employer had “good bones” in terms of who founded the organization, who works there, and what was the core identity behind the work.

A big portion of Gen Z who are in the early stages of their professional careers have lived through grim climate report cards that predict drastic changes over the next 30 years—in other words, during their lifetimes—if countries and corporations don’t act. For many, that became part of their identity: who they are and what they want to stand for, Cruzvergara says. And that means many are not content to wait around for real change.

“For previous generations, it was a little bit more of a mentality of if you bide your time. You get in, move up, and then you can start to change the structure. Gen Zers are a bit different in that they’re looking at the future and they’re looking at opportunities saying, ‘If you’re not going to meet my expectations or my values, I’ll find it somewhere else or I’ll create it myself,’” Cruzvergara says.

Like all generations, Gen Z is a diverse group that spans demographics and socioeconomic backgrounds. All that’s to say: There are members of Gen Z who can’t afford to be as focused on issues like sustainability and corporate carbon footprints. “Demographics and socioeconomic status do play a role here,” Cruzvergara says. There’s a reason that activism is still in many ways a rich man’s game.

“You will always have a subset of students, and of the job-seeking population [overall], that quite frankly does not have the privilege or the leeway to necessarily only go for the companies that they would ideally like to work for. They need to go for a company that can pay them a salary that can allow them to pay off their bills or loans. That’s just the reality,” Cruzvergara says.

Those in Gen Z who fall into that bucket, however, do generally want to be able to focus on company culture and values at some point. “They would often be the ones to say, ‘Look, I hope one day, I might be able to work in a place that I really believe in, but at the moment, that’s a luxury that I just can’t afford,’” Cruzvergara adds. “And that’s okay.”

Some companies struggle to connect

Organizations know that presenting a climate-forward approach is important to recruiting top talent. Handshake’s survey found 65% of respondents were more likely to apply to a job with a company that was committed to sustainable practices.

Meanwhile, words and phrases like “sustainability,” “climate pact,” and “climate corporate responsibility” have once again increasingly crept into job postings. In the early days of the pandemic, there was a dip in climate-related keywords, but since September 2021, Handshake reports, they’re back in a big way. Since summer 2020, mentions of those keywords have doubled.

Yet connecting the dots between advertising language on a job listing and organizations taking actionable steps is challenging. Only about a third (34%) of C-suite executives say their companies are spending a great deal of time on climate change, according to Aon’s recently released 2022 Executive Risk Survey.

Every brand since 2020 has pushed hard to deliver value messaging, so now it just all “bleeds together,” Jacobs says, adding she tends to pay attention more when it's a person advocating for a brand who can explain how it has impacted their life.

"It's really hard to assess if a company has sustainable practices when you're outside looking in,” Jacobs says. "I tend to look straight for the money—where's the funding and what's the dollar amount that a company is placing on their sustainability? The money is where the priority is."