As Lula takes office, it’s time for Brazil to create an ‘economy of standing forests’ 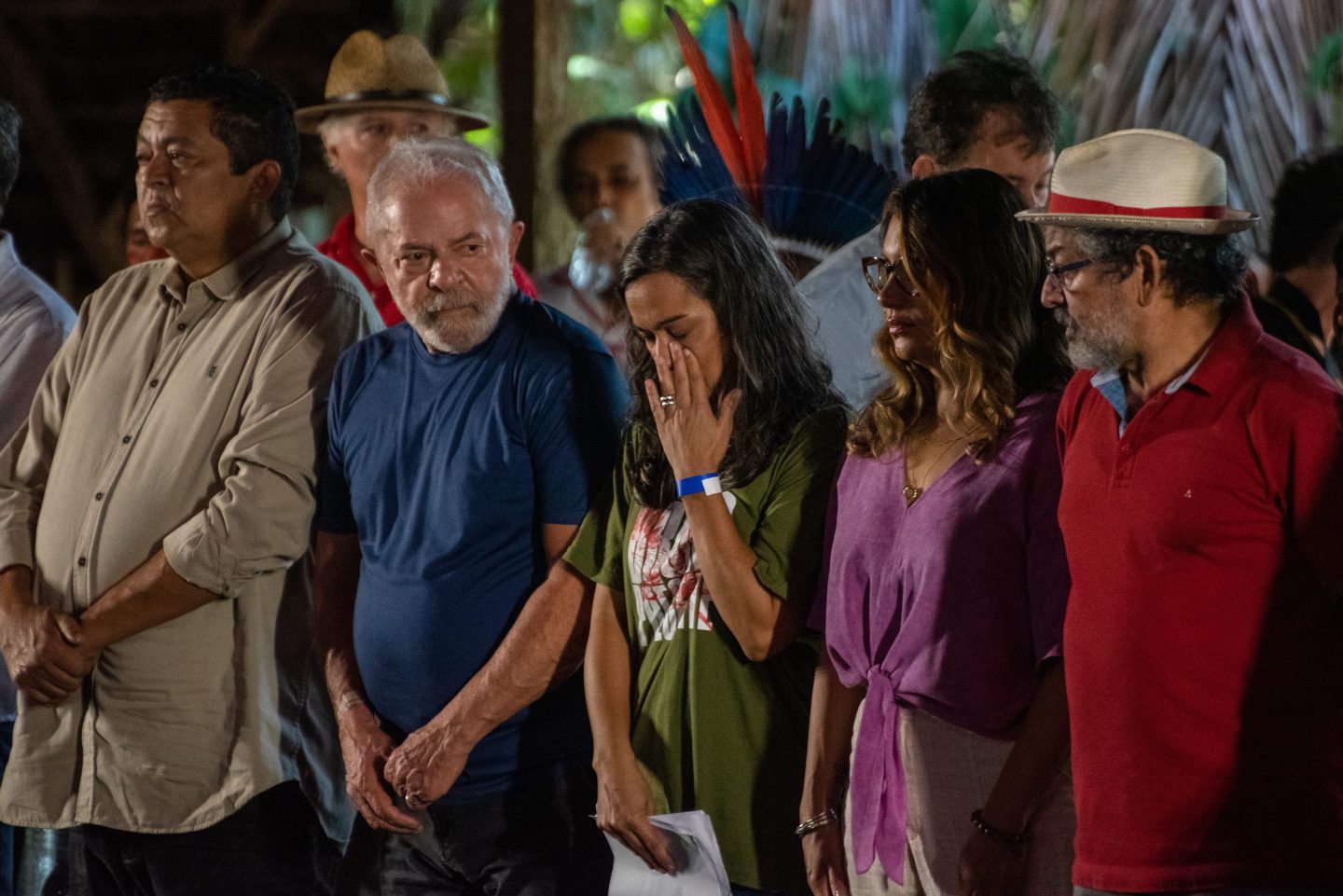 By turning the tide of the Amazon’s destruction, Brazil can retake center stage in the fight against climate change and irreversible ecosystem losses. Given how extraordinarily dependent Brazil’s economy is on its agricultural sector, and in turn the Amazon’s health, the need for action is urgent. The hope for a better future for more than 25 million Brazilian Amazonians depends on it.

Preserving the Amazon Rainforest is crucial in the global efforts to fight climate change–a fact not lost on president-elect Luiz Inácio Lula da Silva, who is attending the COP27 UN climate summit in Egypt this week even before taking office. As more than 60% of the rainforest domain lies within Brazil’s borders, the incoming Lula administration bears the largest responsibility for preserving the region’s biome.

The new government would serve its national interests by acting to protect the Amazon. By investing in a new economic model that keeps the Amazon forest standing, Brazil can ensure long-term stability for its agricultural sector and create new, untapped, and more inclusive economic opportunities for people across the country.

Under the previous administration, deforestation in Brazil set new records. The Amazon region is currently on track to lose 27% of its area by 2030. By that point, much of the biome would transform from a forest to a drier and more degraded savanna biome. The southern Amazon is close to a tipping point, with the annual dry season lasting four to five weeks longer in the last four decades. If the Amazon continues to degrade and crosses the tipping point, the goal of limiting global temperature rise to 1.5 degrees will be unattainable, as more than 50% of the rainforest will degrade into an open canopy ecosystem, releasing hundreds of billions of tons of CO2 into the atmosphere.

For some, land is the only viable asset in the Amazon, with approximately 90% of newly deforested land converted into pasture for low-productivity livestock farming. However, EMBRAPA, Brazil’s leading agricultural research institution, has shown an alternative path is possible: Brazil can maintain or potentially double its agricultural output without losing a single tree in the Amazon.

The Amazon contains a wealth of biological resources within its standing forests and river systems. The region’s biodiversity, a collection of 53 diverse aquatic and terrestrial ecosystems, is the region’s true asset. But these assets are not fully valued today.

Brazil can gain far more economically and agriculturally by keeping its forests standing rather than cutting them down. To change the tide, Brazil must steer itself toward a new “bioeconomy,” underpinned with policies and market incentives that recognize the full value that natural, biological assets can provide, combined with millennia of Indigenous cultural knowledge.

A new economy in the Amazon means near-term investments in groundbreaking science and research systems to develop new products, based on the sustainable use of standing forests and water resources. It means smart agroforestry, along with large-scale restoration of deforested and degraded landscapes. It means implementing industrialization to add value to forest product chains and generate higher income and jobs for Amazonian populations. It means sustainable infrastructure and new, decentralized clean energy, with greater independence from diesel-powered generators and transport. It means investments in conservation areas and biological corridors. It means merging scientific research with the knowledge and innovations of Indigenous people and local communities. All of it was built on a foundation of reinstating Brazil’s environmental policies and law enforcement.

A new “standing-forests bioeconomy” that sustains the Amazon’s climate and biodiversity can grow Brazil’s economy and create income for its people.

One critical way that Brazil can grow its economy through this new approach is by attracting responsible international investors, businesses, and multilateral financiers. The government must ensure the right guardrails are in place, yet with them, a wealth of opportunity exists for investors, including developing health, pharmaceutical, and biochemical products based on natural resources. They should focus on activities that reduce emissions, protect local biodiversity, and respect the knowledge of Indigenous peoples and local communities. Investors should also look towards green investments in large-scale forest restoration and agroecological systems.

While pursuing these opportunities, it is crucial to keep legal rights and fairness in mind. Territorial and intellectual property rights, environmental laws, and fair access to profits and benefits for Indigenous peoples and traditional rural communities in the Amazon are all critical to developing the bioeconomy.

Under his previous administration, President Lula helped to significantly reduce deforestation in the Amazon. He now stands to lead the way towards a new, more prosperous, and sustainable economy, built on a foundation of stopping illegality and deforestation, with policies that recognize the true value of keeping the Amazon alive.

This new economic path for the largest and most biodiverse rainforest in the world should be his top priority. With a solid policy framework and commitment, investors will follow.

The people of the Amazon, and the world, can only stand to gain.

Caio Koch-Weser is the chair of the European Climate Foundation Advisory Council, former vice-chairman of Deutsche Bank Group, former German deputy minister of finance, and a former World Bank managing director. Carlos Nobre is an Earth system scientist, foreign member of The Royal Society and the U.S. National Academy of Sciences, and currently a senior researcher at University of São Paulo’s Institute for Advanced Studies.