Biden heads to COP27 to celebrate his climate bill. But poor countries just want to know how much rich ones will pay them to clean up their mess 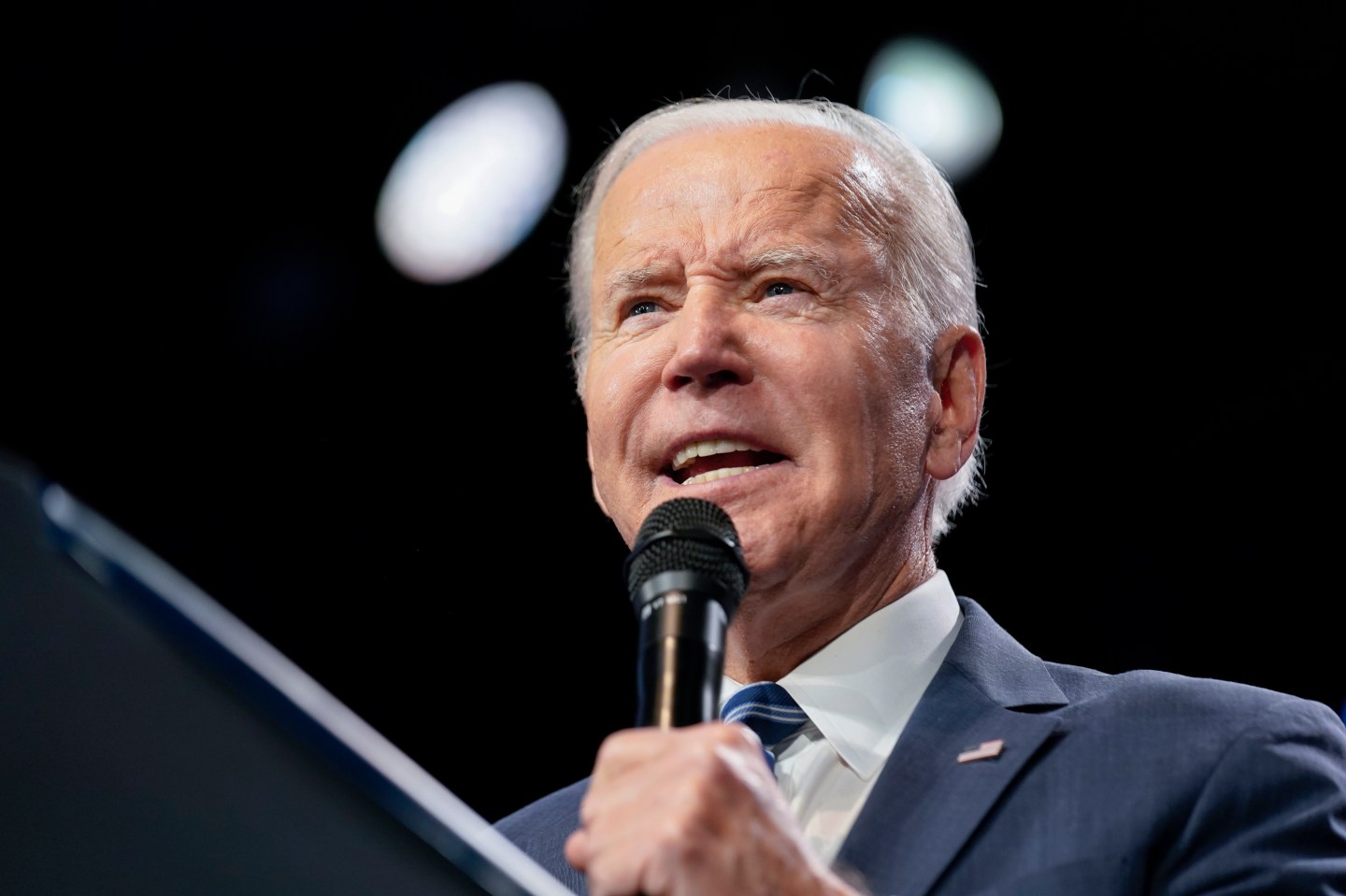 President Joe Biden left Washington on Thursday for a global climate meeting with a giant domestic investment in tow — and likely to face questions about how far the U.S. will go to pull other large greenhouse gas emitters along.

His attendance Friday at the U.N. climate conference, known as COP27, in the resort town of Sharm el-Sheikh, Egypt, is the first stop on an around-the-world trip that will also take him to a meeting of Southeast Asian leaders in Cambodia and a Group of 20 summit meeting for leaders of the world’s largest economies in Bali, Indonesia.

Biden boarded Air Force One late Thursday evening buoyed by a stronger-than-expected showing by his party in Tuesday’s midterm elections, congressional passage this year of the largest climate investment in U.S. history and Russian military setbacks on the Ukrainian battlefield.

At the climate conference, Biden will spotlight one of his key domestic successes — the Democrats’ massive health care and climate change bill known as the Inflation Reduction Act.

The U.S. commitment of some $375 billion over a decade to fight climate change gives Biden greater leverage to press other nations to make good on their pledges to reduce greenhouse gas emissions and transition the global economy toward cleaner energy sources.

Biden will be in a far different position from last year’s gathering, which came about during a particularly unhappy stretch in the bill’s tortuous path to passage.

That summit resulted in additional global commitments to meet the temperature targets agreed to in the Paris Climate Accord, which Biden rejoined after his predecessor, Donald Trump, pulled the U.S. from the deal.

But even with the new U.S. law, America and the world have a long way to go to meet emissions targets that scientists hope will contain global warming. And the political will for more investment — as the global economy faces new headwinds — is shrinking.

Speaking at the COP27 summit Wednesday, former U.S. vice president and climate activist Al Gore called Biden a “climate hero in my book,” adding that “the passage of the Inflation Reduction Act represents the most significant pro-climate legislation ever passed by any nation in all of history.”

It remained to be seen whether Biden would address the item top of mind at the climate talks: loss and damage. That’s international negotiations language for asking rich countries like the United States, the top historic polluting nation, to pay what are essentially reparations for damages caused to poorer vulnerable nations that don’t emit much heat-trapping carbon dioxide.

In the past the United States has been against even talking about the issue, but it has now softened its stance, agreeing to the topic being discussed. Special Envoy John Kerry has even mentioned it in speeches. However, the U.S. doesn’t want liability to be part of any deal and when it comes to paying, Congress and the public have been reluctant to embrace many types of climate aid — and this is the most controversial type.

“I wish the U.S. would say something constructive about loss and damage’’ because it could get a vital issue moving, Princeton University climate and global affairs professor Michael Oppenheimer said.

Global eagerness for shifting away from fossil fuels has been tempered by the roiling of world energy markets after Russia’s invasion of Ukraine. At home and abroad, Biden is pressing oil and gas producers to boost production to meet demand and bring down prices that have funded the Kremlin’s war effort.

Prospects for a significant breakthrough are further dampened as major emitters such as China and India are sending less-senior delegations. Biden administration officials have tried to lower expectations for results at the meeting and instead cast it as a return to U.S. leadership on the issue.

Biden leaves Washington with votes still being tallied in key races that will determine control of both chambers of Congress. Still, the president was feeling the wind at his back as Democrats performed stronger than expected. He was likely to learn the results of the races that will sharply impact his ability to get things done in Washington while he was overseas.

Meanwhile, former President Donald Trump appeared set to announce another bid for the White House while Biden was in Asia, a contrast the incumbent’s advisers felt would only benefit Biden.

While in Egypt, Biden will hold a bilateral meeting with Egyptian President Abdel Fattah El-Sisi, where they are to discuss the two nations’ strategic partnership, the Israel-Palestinian conflict and regional security issues.

Egypt’s foreign minister Sameh Shoukry told The Associated Press Thursday that he understood Biden’s visit in Sharm el-Sheikh to be “an indication of the political will to move the process forward” on tackling global warming.

“We hope … it will resonate within the collective will of the negotiating groups that the United States is party to, but also in creating a momentum for the conference, for the parties to deliver what is expected,” he said.

U.S. national security adviser Jake Sullivan said Biden would also broach the issue of human rights when he meets with El-Sisi, whose government has taken an authoritarian turn, and with other leaders on the trip.

Sullivan said Biden and other senior officials would also advocate for the release of imprisoned Egyptian pro-democracy activist Alaa Abdel-Fattah, whose family said they were told by prison officials he was undergoing an undefined medical intervention amid a hunger strike that escalated Sunday.

After his brief stop in Egypt, Biden will continue on to Cambodia for a summit of the Association of Southeast Asian Nations to reinforce the U.S. commitment to the region in the face of China’s increasing assertiveness.

And then, in Indonesia, Biden is set to hold his first sitdown as president with a newly empowered Chinese President Xi Jinping, who was awarded a norm-breaking third, five-year term as the Chinese Communist Party leader during the party’s national congress last month. amid increasingly strained U.S.-China relations.

The White House has been working with Chinese officials over the last several weeks to arrange the meeting. Biden on Wednesday told reporters that he intended to discuss with Xi growing tensions between Washington and Beijing over the self-ruled island of Taiwan, trade policies, Beijing’s relationship with Russia and more.

“What I want to do with him when we talk is lay out what each of our red lines are and understand what he believes to be in the critical national interests of China, what I know to be the critical interests of the United States,” Biden said. “And determine whether or not they conflict with one another.”

Biden will also aim to demonstrate global resolve to stand up to Russia over its invasion of Ukraine and meet with two critical new partners in the effort to support Ukraine’s defense: British Prime Minister Rishi Sunak and Italian Premier Giorgia Meloni. President Vladimir Putin announced Thursday that he was skipping the gatherings, averting a potentially awkward encounter. Sullivan said Biden has no plans to interact with Russian Foreign Minister Sergey Lavrov, who is attending in Putin’s stead.

In Cambodia, Biden will also discuss North Korea’s nuclear and ballistic missile programs in a trilateral meeting with leaders of South Korea and Japan.