Think inflation is bad in the US? Try 100% in Argentina 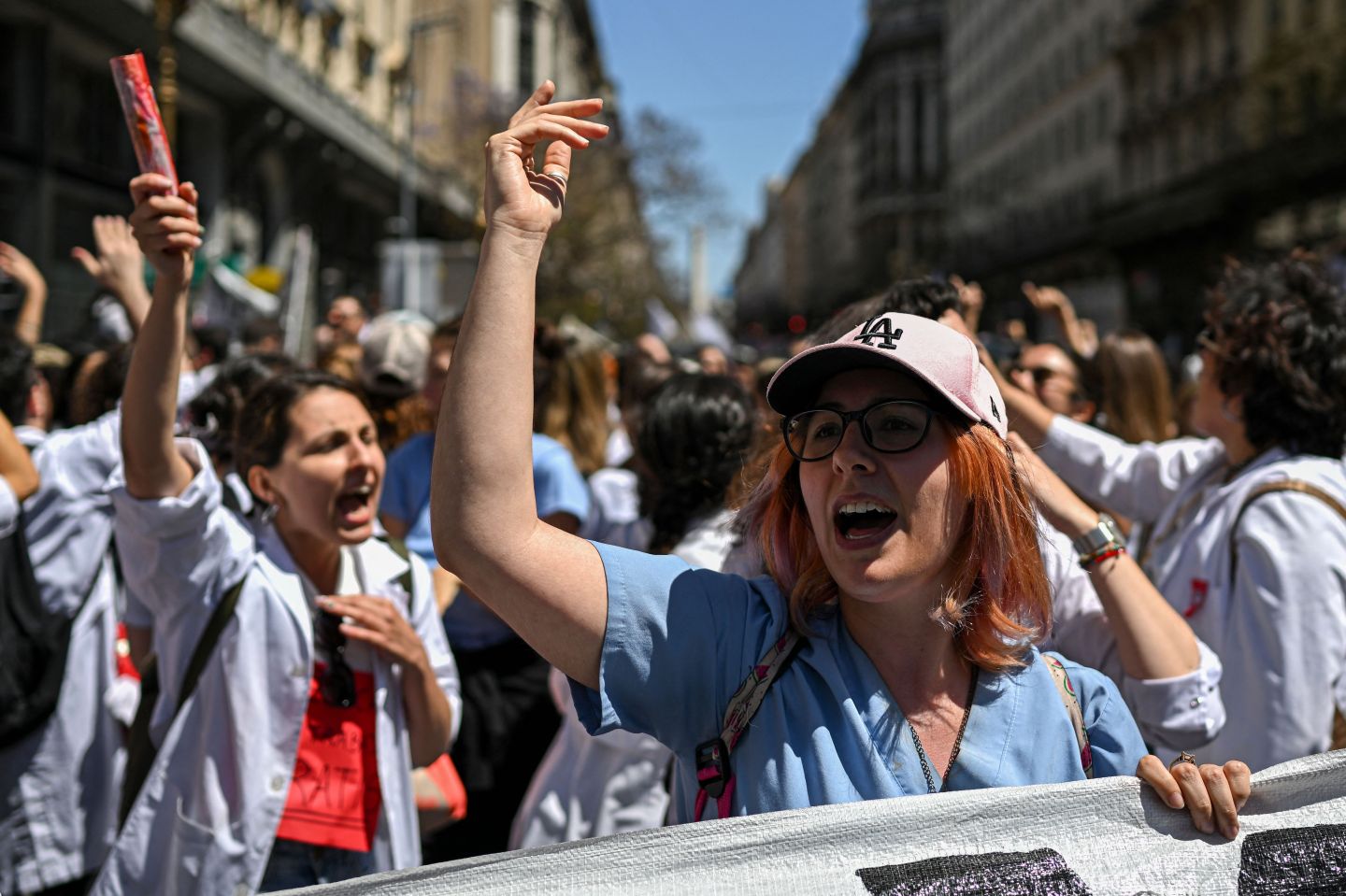 Inflation in Argentina heading toward 100% is supercharging the government’s woes as real wages lag, increasing social distress and leading to a record level of protests so far this year.

Government data released Thursday showed overall paychecks in September rose 78% from a year ago, lagging behind 83% annual inflation. The growing gap between salaries and inflation is leading to routine marches across the country. On Friday, the government relaunched a program that freezes prices on over 1,500 products.

The worsening social outlook challenges Argentina’s ability to comply with its $44 billion agreement with the International Monetary Fund. Unpopular spending cuts required through the deal collide with the government’s aim to sway voters to keep the ruling coalition in power in next year’s presidential vote, with inflation and loss of purchasing power a top concern.

Politically, tension is building within the governing bloc amid a frail patchwork of inflation policies. President Alberto Fernandez has lost seven ministers since June, including most of his economic team, as powerful Vice President Cristina Fernandez de Kirchner has pushed for changes in personnel and policies.

Read More: Why 70% Inflation Is Just One of Argentina’s Problems: QuickTake

Here are five charts that show the impact in Argentina’s real economy of high inflation, policy uncertainty and political infighting.

Protests that interrupt public transit through the first eight months of the year are at the highest levels since Argentine consulting firm Diagnostico Politico started tracking data in 2009. Unrest is especially brewing among the poorest in the population, which typically vote for the ruling leftist coalition.

In some of her recent statements, Kirchner has pointed to the recent uptick of extreme poverty as a justification for implementing stricter price controls. It’s unclear if she supports the new controls coming out Friday.

Argentina’s powerful labor unions are securing future wage hikes at or above current inflation levels, elevating inflation expectations even further. Recent wins include truckers, who will receive a salary increase of 107% through August, and oilseed crushers who will see 98% in raises.

Informal jobs don’t have labor unions to negotiate pay increases, yet these all-cash jobs have grown to record levels following the coronavirus pandemic, making up half the labor market by some estimates. Millions of these workers are losing significant buying power in 2022, adding to years of steep declines.

Traditional salaried jobs have rebounded above pre-pandemic levels too, but since the job market bottomed out in June 2020, over 80% of the gains are in sectors where wages are often losing against inflation, such as construction, retail, hotels, restaurants and real estate.