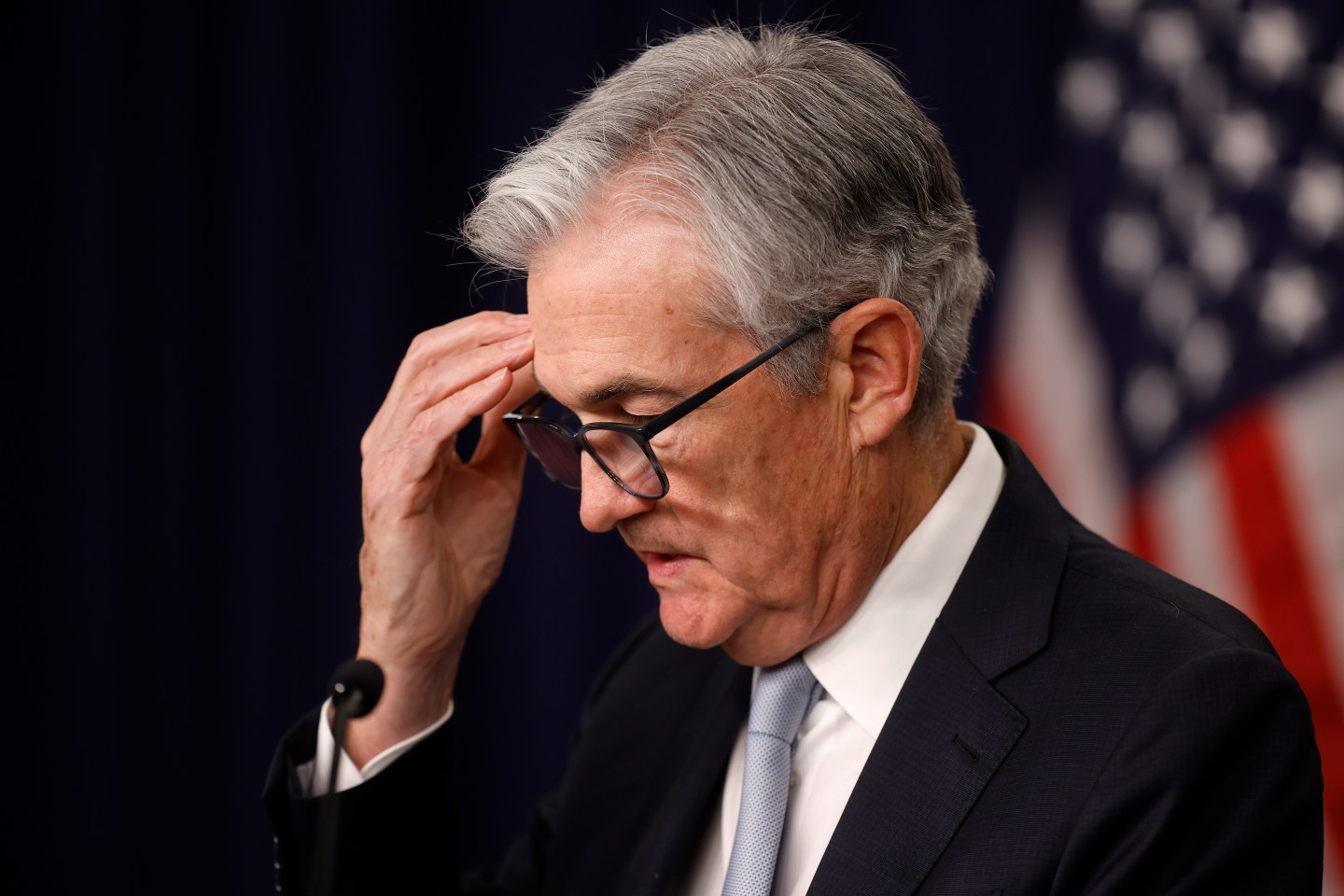 The Federal Reserve looked closer to moderating aggressive interest-rate increases after welcome news on inflation, with four officials backing a downshift even as they stressed that monetary policy needs to stay tight.

“While I believe it may soon be appropriate to slow the pace of rate increases so we can better assess how financial and economic conditions are evolving, I also believe a slower pace should not be taken to represent easier policy,” Dallas Fed President Lorie Logan told a conference hosted by her bank in Houston on Thursday.

Data released earlier on Thursday showed consumer prices cooling by more than expected in October, with the consumer price index rising 7.7% from a year earlier versus 8.2% the month before.

“This morning’s CPI data were a welcome relief, but there is still a long way to go,” Logan said. Not only is inflation far above the Fed’s 2% target, “but with aggregate demand continuing to outstrip supply, inflation has repeatedly come in higher than forecasters expected.”

News of the better-than-expected CPI report sent bond yields plummeting and saw investors harden bets that the Fed would scale back the size of its next rate increase in December to 50 basis points, with rates peaking around 4.8% next year.

The Fed raised interest rates by 75 basis points on Nov. 2 for the fourth straight meeting to a 3.75% to 4% target range. It said ongoing increases will be needed as it fights the hottest inflation in 40 years.

Chair Jerome Powell told reporters after the decision that recent disappointing data suggest rates will ultimately need to go higher than previously expected, while indicating the central bank could moderate the size of its increases as soon as December.

“Stepping down is an appropriate thing to think about,” San Francisco Fed President Mary Daly told a separate event hosted by the European Economics & Financial Center, while cautioning that more rate increases were still coming. “Pausing is not the discussion, the discussion is stepping down,” she said.

Daly said that the correct level for how high the Fed ultimately needs to raise rates is uncertain — and could be above 4.5% — while making clear that she would prefer to move more cautiously to reach that destination.

“I support a more gradual approach to getting to it so we can be discovering the right rate as we go,” she said, noting that policymakers must be aware of the cumulative impact of their aggressive tightening campaign.

Officials in September forecast rates would reach 4.6% by the end of this year and 4.8% in 2023 — implying a half-point hike in December and a final quarter-point move next year. They will update their quarterly projections next month.

“In the upcoming months, in light of the cumulative tightening we have achieved, I expect we will slow the pace of our rate hikes as we approach a sufficiently restrictive stance,” Philadelphia Fed President Patrick Harker said at a separate event. “But I want to be clear: A rate hike of 50 basis points would still be significant.”

The Philadelphia Fed chief isn’t forecasting a recession and said growth should slow to 1.5% next year. The unemployment rate will likely rise to 4.5% next year, he said, and then fall to 4% in 2024 with inflation moderating to 2.5% that year.

Kansas City Fed chief Esther George said she sees several advantages for a steady and deliberate approach to raising the policy rate, but to do so in a measured way.

“A more measured approached to rate increases may be particularly useful as policymakers judge the economy’s response to higher rates,” she said at the same conference Logan spoke at. “Already, the Federal Open Market Committee’s policy actions have led to a sharp tightening of financial conditions.”

While she did not explicitly call for a reduction in the size of rate increases in her prepared remarks, she did note that policy was moving into a new phase.

“Now the focus can shift to the appropriate level of restrictiveness that will return the economy to price stability in a timely way,” she told an event hosted by Princeton University. “I believe monetary policy will need to become more restrictive and remain restrictive for a while.”

Mester, who is voting on policy alongside George this year, said how high and for how long would depend on the economy.

“Despite the moves we have made so far, given that inflation has consistently proven to be more persistent than expected and there are significant costs of continued high inflation,” she said. “I currently view the larger risks as coming from tightening too little.”