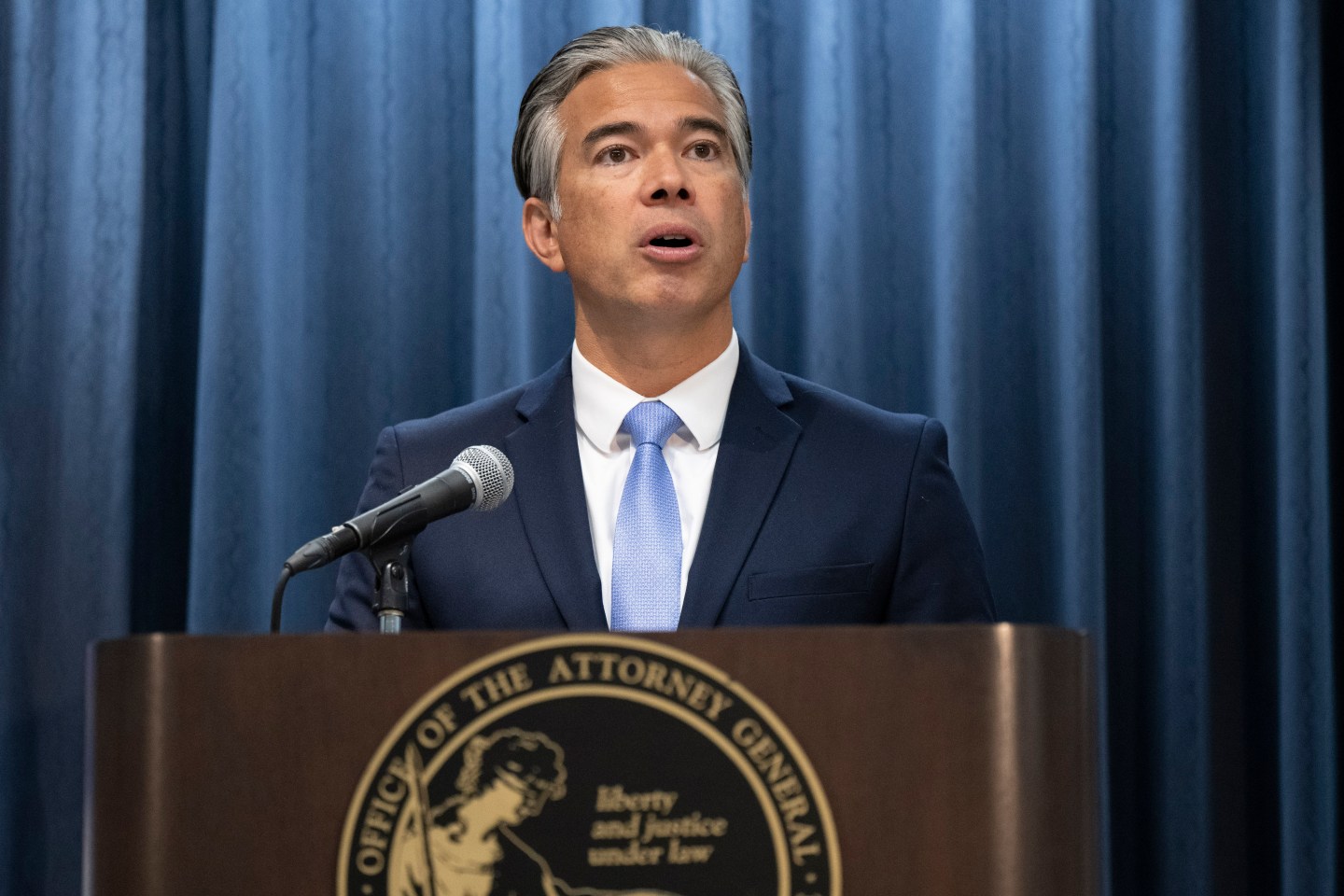 California is suing 3M Co., DuPont de Nemours Inc. and other chemical companies over “staggering” water contamination from products made with “forever chemicals” that are impossible to get rid of after they accumulate in the ground.

It’s the latest salvo by cities and states that over the years have sued more than a dozen manufacturers and sellers products such as firefighting foam used by the military and first responders that contain certain per- and polyfluoroalkyl chemicals, collectively known as PFAS.

California Attorney General Rob Bonta on Thursday announced the suit, which alleges the companies knew or should have known the toxic impact of PFAS and concealed their “pernicious” effects on the environment and public health.

“This is a very unique case in that it is statewide, the first-of-its-kind, of course, in the largest state in the nation, the fourth-largest economy in the world, and seeks statewide relief,” the Democrat said at a press conference. “No other case of this nature exists in the United States of America.”

The suit filed in Alameda County Superior Court against 18 companies seeks damages and statewide treatment and destruction of PFAS, including in drinking water and irrigation systems. Bonta estimated damages to be in the hundreds of millions of dollars.

DuPont “was established as a new multi-industrial specialty products company” in 2019 that has never manufactured PFOA, PFOS or firefighting foam, a company spokesperson said.

“While we don’t comment on pending litigation, we believe these complaints are without merit, and the latest example of DuPont de Nemours being improperly named in litigation,” the spokesperson said. “We look forward to vigorously defending our record of safety, health and environmental stewardship.”

3M said in a statement that it “acted responsibly in connection with products containing PFAS and will defend its record of environmental stewardship.”

3M faces more than 2,000 lawsuits by individuals, water authorities, states and cities suing for contamination allegedly from PFAS chemicals that could cost it $30 billion, including remediation costs, according to Bloomberg Intelligence analyst Holly Froum.

Wisconsin and North Carolina are among states that have sued 3M, DuPont and others over PFAS contamination related to specific water sites or products.

Nearly 146 public water systems serving 16 million Californians and aquifers providing millions of residents with water have been found to have PFAS, according to a statement from Bonta’s office. The lawsuit stems from a years-long probe which found that PFAS manufacturers knowingly flouted consumer and environmental protection laws, the office said.

“As a result of a decades-long campaign of deception, PFAS are in our waters, our clothing, our houses, and even our bodies, Bonta said in the statement. “The damage caused by 3M, DuPont, and other manufacturers of PFAS is nothing short of staggering, and without drastic action, California will be dealing with the harms of these toxic chemicals for generations.”