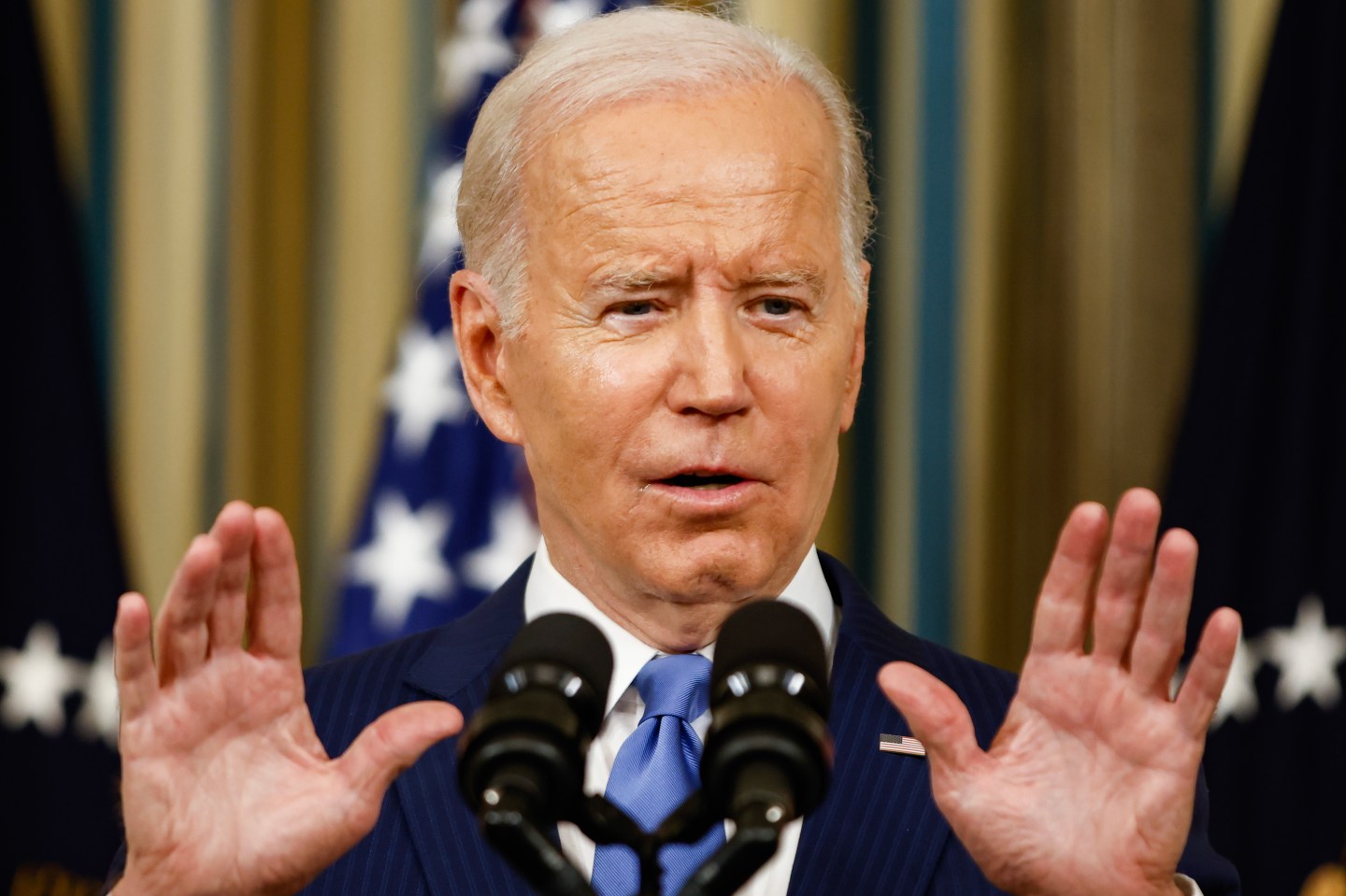 U.S. President Joe Biden takes questions from reporters, after he delivered remarks in the State Dining Room, at the White House on November 09, 2022 in Washington, DC.
Samuel Corum—Getty Images

President Joe Biden said Elon Musk’s relationships with other countries are “worthy of being looked at,” though he declined to say whether the world’s richest man was doing anything inappropriate.

“I think that Elon Musk’s cooperation and or technical relationships with other countries is worthy of being looked at,” Biden said at a White House news conference Wednesday. “Whether or not he’s doing anything inappropriate — I’m not suggesting that. I’m suggesting they’re worth being looked at. But that’s all I’ll say.”

Last month, people familiar with the matter said the Biden administration was discussing whether the US should subject some of Musk’s ventures to national security reviews, including his deal for Twitter Inc. and SpaceX’s Starlink satellite network.

One element of the $44 billion Twitter Inc. deal was the presence of foreign investors in Musk’s consortium. The group includes Prince Alwaleed bin Talal of Saudi Arabia, Binance Holdings Ltd. — a digital-asset exchange founded and run by a Chinese native — and Qatar’s sovereign wealth fund. Musk’s Tesla Inc. electric-vehicle company derives about 25% of its revenue from China.

Musk, who once called Biden a damp sock puppet “in human form” has frustrated officials in the US and Europe and drawn praise from America’s rivals for tweets to announce proposals to end Russia’s war in Ukraine and threaten to cut financial support for Starlink internet service in Ukraine.

On Monday, a day before the midterm elections, Musk urged Americans to vote for Republicans, arguing that “shared power curbs the worst excesses of both parties.”

Once he acquired Twitter late last month, Musk embarked on a flurry of changes. After unseating top management and the board, he laid off roughly half the company’s workers — though some employees were asked to come back.