Fed’s Kashkari says the hot jobs market means the inflation fight isn’t done: ‘We have more work to do to try to cool down the economy’ 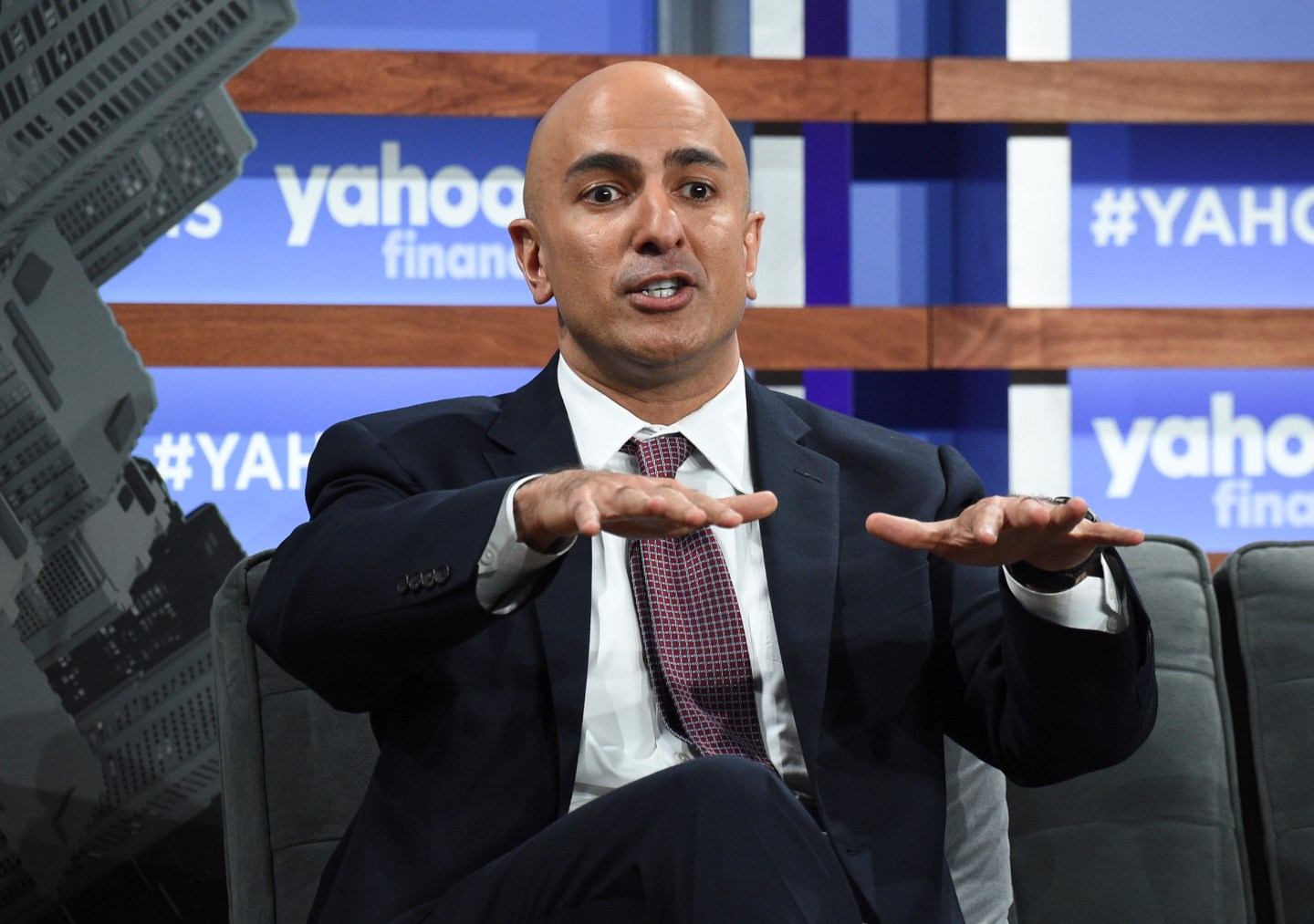 The solid U.S. jobs report for October underscores why the Federal Reserve needs to raise interest rates higher than it had previously forecast in order to control inflation, Neel Kashkari, president of the Federal Reserve Bank of Minneapolis, said Friday.

In an interview with The Associated Press, Kashkari said that at the Fed’s next meeting in December, he expects to issue a higher forecast for where the central bank’s benchmark rate will be next year than he did in September. He declined to specify how high a rate he envisions for 2023.

Friday’s jobs data showed that hiring is “quite healthy” despite some slowing in recent months, Kashkari said.

“That tells me we have more work to do to try to cool down the economy and bring demand and supply into balance,” he added.

The Fed has raised its key short-term rate six times this year, the last four times by an unusually large three-quarters of a point, in a strenuous effort to curb inflation. Prices are accelerating at nearly the fastest pace in four decades.

To achieve that goal, the central bank hopes to moderate consumer and business spending, slow hiring and reduce economic growth. Yet the risk is rising that the Fed could go so far as to tip the economy into a recession.

Kashkari has generally supported higher rates. He has taken a hawkish line with inflation this year, after having expressed more dovish sentiments in the past. (“Hawks” typically support higher rates to throttle inflation, while “doves” generally prefer lower rates to bolster hiring.)

On Wednesday, after the Fed’s latest policy meeting, Chair Jerome Powell opened the door to smaller rate hikes in coming months. He added that a step down to a half-point increase could occur at the Fed’s next meeting in December or early next year.

But Powell also cautioned that the Fed would likely elevate its key rate higher than it had projected in September — a sentiment Kashkari echoed Friday.

Each quarter, the Fed issues economic and policy projections. In September, central bank officials forecast that they would raise their short-term rate to about 4.6% by the end of 2023. It is now in a range of 3.75% to 4%, its highest level in 14 years.

“I had interest rates in September peaking at around 4.9% in the March-April (2023) kind of time frame,” Kashkari said in the interview. “Given what I know right now, I would expect to go higher than that. How much higher than that, I don’t know.”

After its meeting Wednesday, the Fed said in a statement that when making decisions on future rate hikes, it would consider the impact of its previous increases and the fact that it can take time for the Fed’s policies to filter into the economy.

Economists took that as an acknowledgement that the Fed’s previous increases haven’t yet had their full impact, and that Fed officials are more open to giving their policies time to work, rather than piling on more hefty rate hikes.

“The Fed is starting to paint itself out of a corner,” said Claudia Sahm, founder of Sahm Consulting and a former Fed economist. The Fed’s Wednesday statement’s references to the lags between its rate hikes and their impact “was a recognition that finally, what they have done should have a notable effect on inflation next year.”

Kashkari said that, in his view, another three-quarter point hike in December is not “off the table.” But he also said the Fed has taken significant steps to wrestle inflation lower and that it is appropriate to consider a slower pace of increases.

“Four (three-quarter point hikes) in a row is a lot of tightening in a short period of time,” he said. “At some point it will be appropriate to step down” to a half point and then, at some time afterward, a quarter point, Kashkari added.

Powell said Wednesday that the Fed would not need to see signs of inflation declining to reduce its rate hikes. But Kashkari said upcoming data on jobs and inflation would impact his decision.

The Minneapolis Fed president noted there are signs inflation may cool next year, such as a sharp slowdown in home sales and smaller rent increases. But he also said he is seeing no evidence that underlying inflation — which is driven more by rising wages and services prices, such as for medical care — are improving.

That’s why Fed officials generally would like to see some weakening in job and wage growth.

“We want people to find jobs,” Kashkari said. “But for me, we also need to see some evidence that the labor market is softening at least a little bit. I’m not seeing much evidence of that.”