Canadian bill would fine school workers $2,900 each day they strike after they turned down a 2.5% raise amid 7% inflation 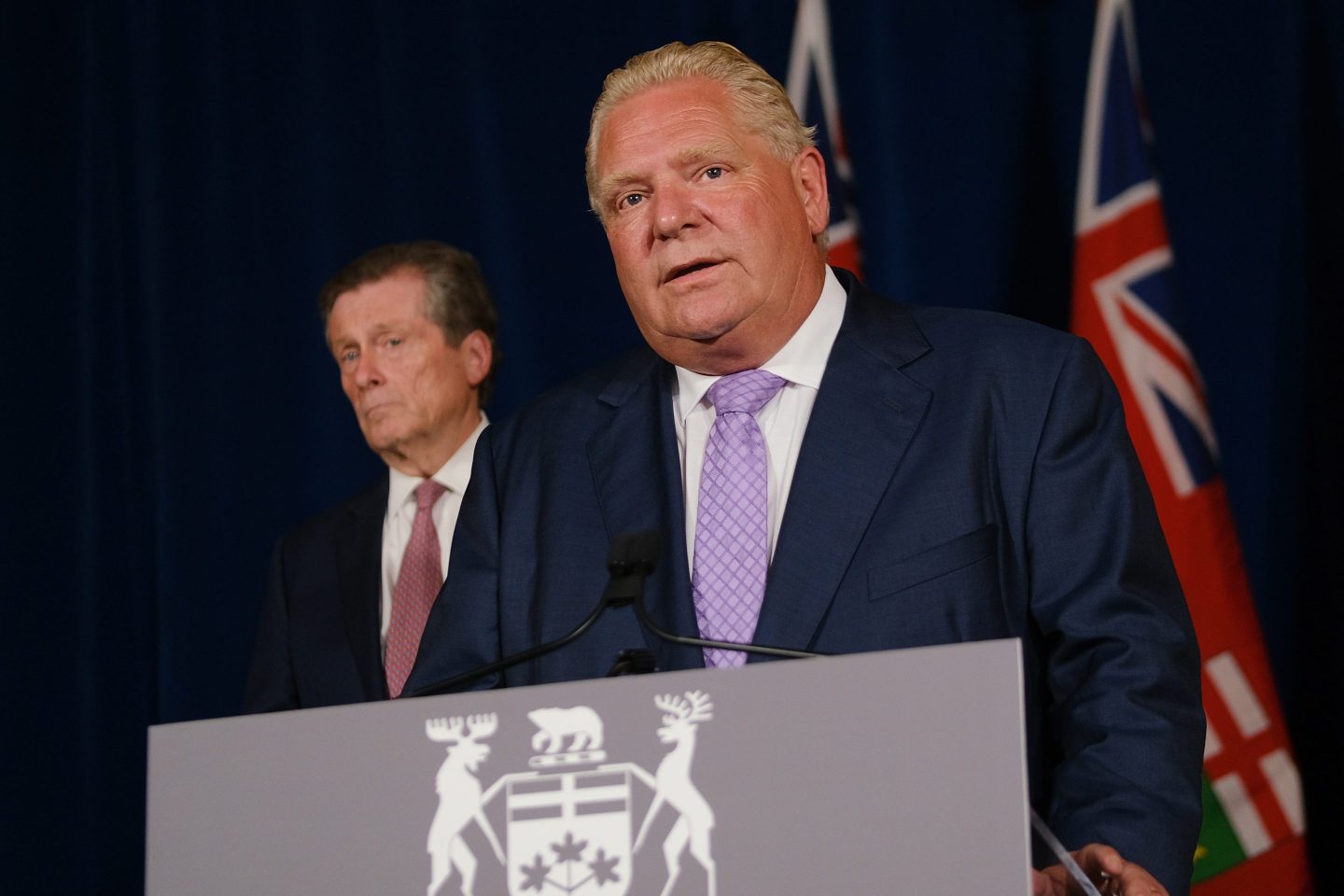 Doug Ford’s bill that could fine education workers for striking has been met with outrage.
R.J. Johnston—Toronto Star/Getty Images

Education workers in Canada could be fined over C$4,000 ($2,900) for striking—per day—in a controversial new bill that would hit lower-income workers significantly.

Ontario Premier Doug Ford and his conservative government have presented legislation that would force the state’s education workers, including custodians as well as administrative and support staff, into a contract that would effectively strip away their rights to bargain with authorities and exercise their right to strike.

It follows a demand from the Canadian Union of Public Employees (CUPE), which represents 5,500 education workers, for an annual pay rise of 11.7%, which they later dropped to 6% during last-minute negotiations, the BBC reports.

In response to the demand, provincial premiers proposed a raise of 2.5% for the lowest-income workers, who earn up to C$43,000 annually, and 1.5% for the rest, which is well below the inflation rate, which peaked at over 8% in June and currently sits at 6.9%.

Ford has been met with outrage over the potential ruling, with Prime Minister Justin Trudeau himself speaking out against the attempt to “suspend people’s rights and freedoms.”

Ontario’s provincial government is able to go through with the legislation, called Bill 28, by invoking the country’s “notwithstanding clause”—or Section 33 of the Charter of Rights and Freedoms—which enables it to bypass constitutional challenges for a period of up to five years.

The clause is rarely used, though it was invoked by Quebec earlier this year to pass language rights laws protecting the use of French, and in 2019 when it passed a law barring public servants from wearing religious symbols. It was also used by Ford ahead of winning the provincial election in 2022 to limit third-party political advertising.

The planned forced contract and daily fine is a breach of Canada’s Charter of Rights and Freedoms (part of the country’s constitution) and human rights code, which the government of Ontario acknowledged, but has said it prioritizes stopping any strike.

Workers are set to strike anyway on Friday over the bill—which would also fine unions C$500,000 for participating.

Unions have expressed their outrage: Fred Hahn, president of CUPE Ontario, said: “Our members will not have their rights legislated away…Now’s the time to stand up for ourselves and public education, and that’s just what we’re going to do.”

Ford has defended the move, maintaining that “shutting down classrooms would have an unacceptable impact on students.”