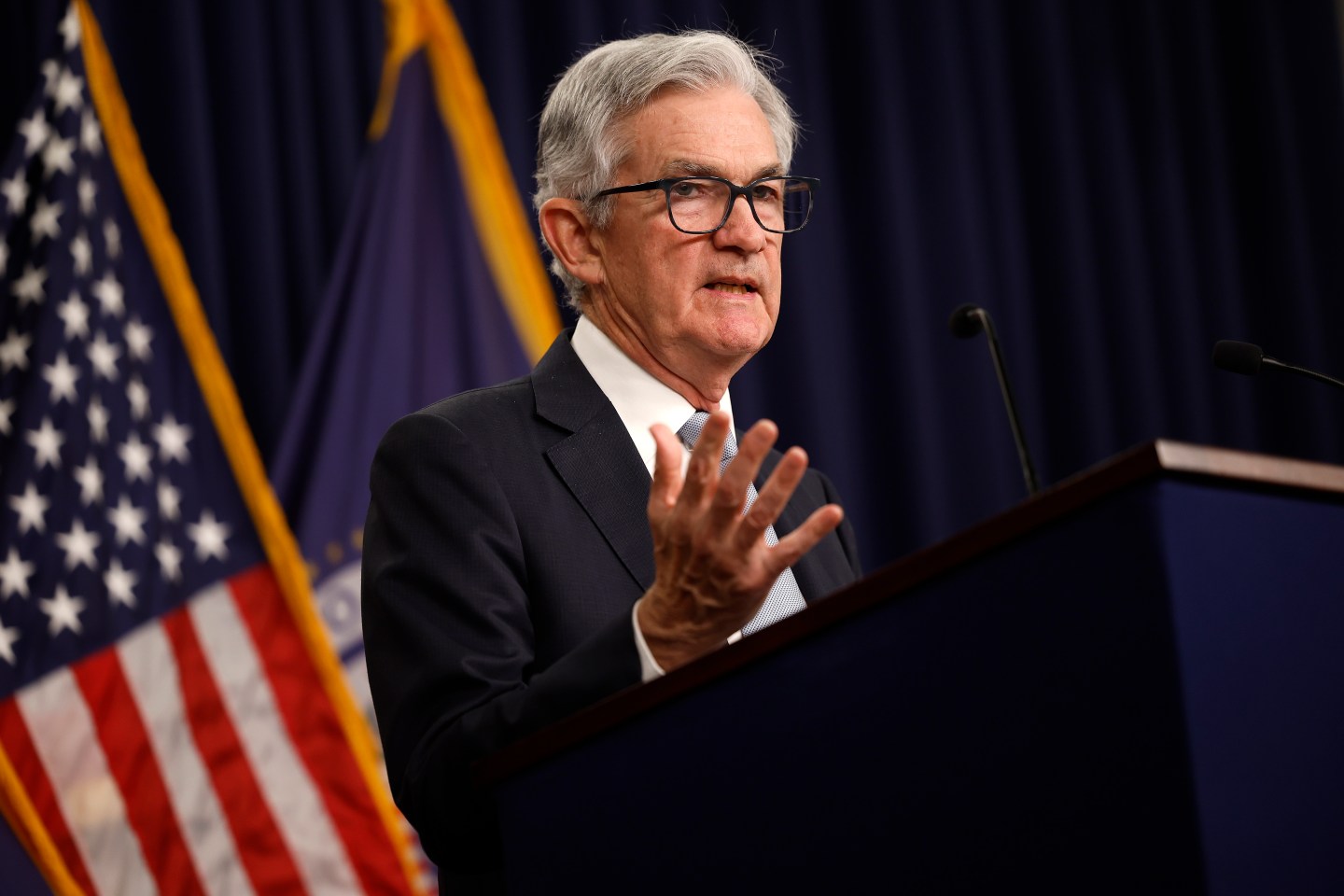 Wall Street had already come to terms with prospects that the Fed would again raise interest rates by 75 basis points. But Wednesday afternoon was full of drama as traders first took hope from the central bank’s statement but then slumped following stern comments by Chair Jerome Powell.

Stocks initially jumped and Treasury yields sank on lines in the statement that said that future tightening would be mindful of “the lags with which monetary policy affects economic activity and inflation,” suggesting the central bank would watch for how over-tightening could risk sending the economy into deep recession.

But stocks tumbled during the news conference following the decision, when Powell said “we have some ways to go” and that the ultimate level of the terminal rate may be higher than previously expected.

“This is a devil’s bargain,” said Steve Chiavarone, senior portfolio manager at Federated Hermes. “Size of rate hikes will likely fall, but terminal rate is likely higher — the implication is a greater number of smaller rate hikes. That is not dovish.”

Here’s more of what traders had to say as the afternoon played out:

“This is not the pivot yet. It’s just a recognition that you can’t keep going at hiking 75 basis points at every single meeting.”

“The next step might be 50 basis points, but they might actually have more hikes in store in the future compared to what the market expected to make sure that they hit that inflation target.”

“It is a big distinction to make between a ‘pivot’ and a slow pace of rate increases. Smaller rate hikes are still rate hikes and do not point to a change in tightening policy. The market has been misinterpreting this language recently, trying to price in the terminal rate and assuming there will be a quick change in policy requiring lower and more accommodative monetary policy. Chairman Powell clearly stated that rates will need to move higher than previously expected, the only material change in this statement is how long it takes to get to the final terminal rate.”

“Two words, ‘cumulative” and ‘lags’ sparked the rally in stocks and bonds.”

“The Fed gives investors hope that pace of rate increases are slowing.”

“The statement is clear that they would like to slow the pace of hikes. In addition to looking at the data and looking at markets, they are also now considering the cumulative impact of what they have already done.”

“Most estimates are that it takes 9-12 months for rate hikes to be felt, and 12-18 months for the maximum effect. We are only just now eight months past the first rate hike, so it makes sense to slow down.”

“The market wants something to rally on therefore they will pick on anything and think of it as dovish.”

“For the Fed to really pivot, and not just slow rate hikes, they will want to see slower total and core inflation, pullbacks in house prices and rents, slower wage growth, lower job openings, and likely an increase in the unemployment rate to be convinced that the slowdown in inflation that is expected in 2023 does not give way to another jump higher in 2024.”

“More immediately, the risk of another spike in energy prices over the winter heating season is another reason why the Fed will want more evidence that inflation is coming down before coming off the rate hike warpath.

“This obviously clears some leeway for the December meeting, which is no longer tethered to the 75 basis points pace that has been kept to since June.”

“With the Fed more mindful of the lagged impact of this year’s front-loaded tightening, we expect a downshift to a 0.5% pace at its next meeting in December. Uncomfortably high inflation and a resilient labor market may see rate hikes continue into 2023, though at smaller increments.”

“I don’t think the Fed wants the market pricing lower terminal but does want to signal a downshift in the pace of hikes – the two are diametrically opposed in investors’ minds — making this a near impossible task.”

“The front-loading is essentially over and rate hikes from here will be more cognizant of the new economic environment we’re in with respect to the much higher cost of capital and economic clouds that are circling. This is the Fed’s way of telling us that a slowdown in the pace of future hikes is upon us.”

“I don’t think the ‘lags’ means anything, but the market is desperate for a bone, any bone from the Fed.”