YouTube’s richest creator MrBeast is seeking a $1.5 billion valuation in what could be a massive milestone for influencer-led business 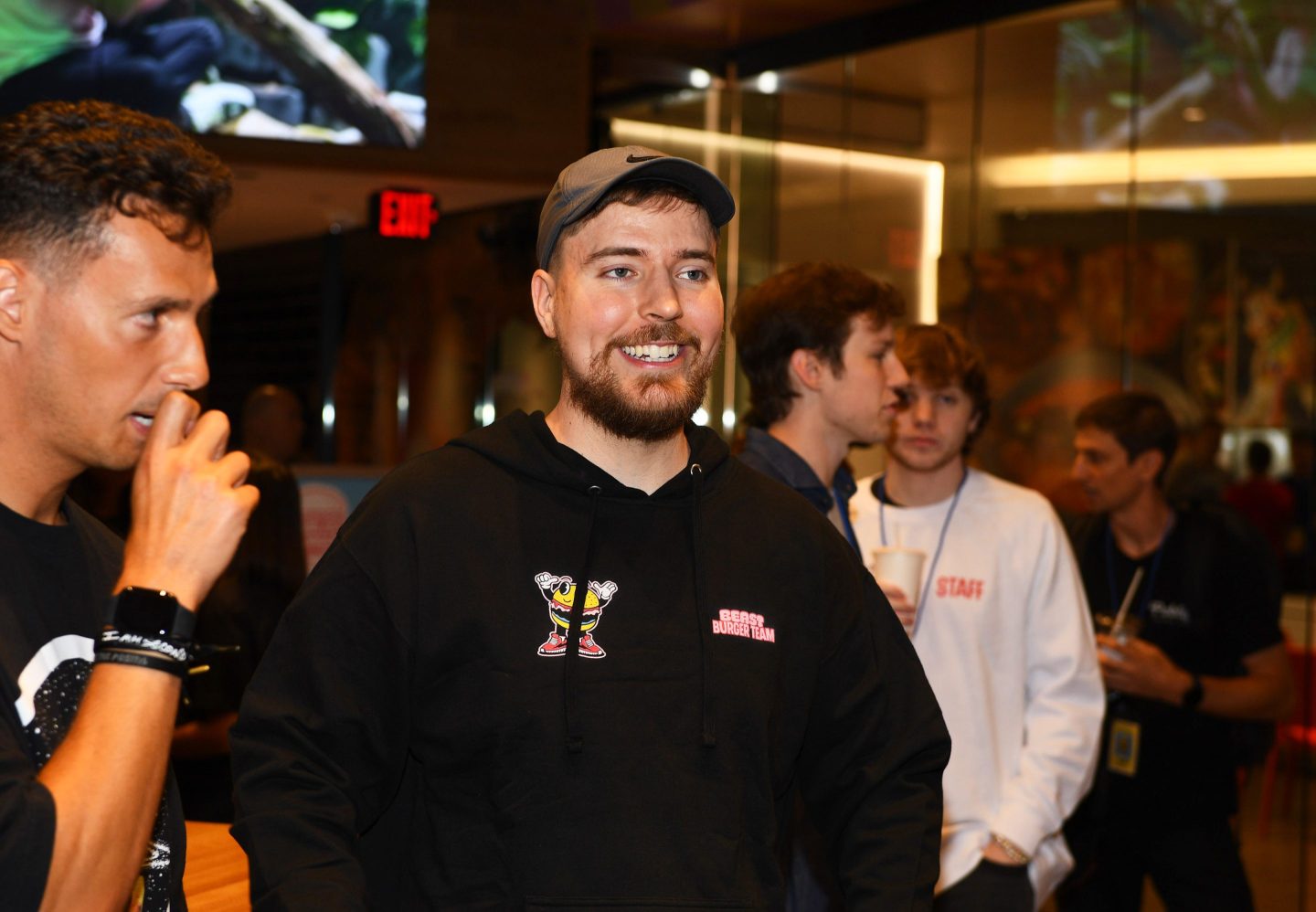 MrBeast is known for his elaborate YouTube videos, but he also has multiple successful business ventures.
Dave Kotinsky—Getty Images

The world’s richest YouTuber is reportedly looking to rake in a 10-figure valuation for his multiple money-making ventures. If he’s successful, they would be the first influencer-led businesses to reach such a valuation.

MrBeast (real name Jimmy Donaldson) is the fifth most subscribed creator on the video platform with a subscriber count of 107 million, and earns the most money of them all—Forbes estimates that Donaldson earns $54 million per year for his content alone.

He’s known for unleashing daring and sometimes dangerous challenges on himself, his friends, and sometimes strangers—which always come with eye-wateringly rich prizes. Among his other videos, which include pranks, gaming, and elaborate stunts, he also films his philanthropy, sometimes giving away houses and cars to unsuspecting individuals.

But his videos are only a part of his endlessly growing brand, which now includes a food delivery business called MrBeast burgers, a physical restaurant for his burger chain, and a snack brand called Feastables. Even a Netflix show could be in the works.

These ventures have already raked in immense amounts of cash: Feastables reportedly made over $10 million in revenue in its first few months, while the YouTuber claimed on Twitter that his burger chain “has shared over $100 million in revenue with restaurants across America.”

Now Donaldson wants to raise $150 million in a funding round for his YouTube channels and various other businesses, according to a report by Axios citing anonymous sources. This would value the businesses together at $1.5 billion.

It would be the first institutional investment into Donaldson’s overall portfolio; Feastables separately raised $5 million in January at a $50 million valuation.

Donaldson would be the first creator of his kind to reach such a valuation, although not the first YouTube creator to attract investors. The company that owns YouTube kids’ channel CoComelon, Moonbug Entertainment, was acquired for $3 billion by Candle Media in 2021.

Meanwhile, the company that manages MrBeast, Night Media, has raised $100 million and teamed up with the Chernin Group to form Night Capital, which aims to boost creators by having them sell retail products to their communities.

Fortune has reached out to MrBeast and his management team for comment.