If you’re not focusing on customer experience in digital transformation, you’re losing value 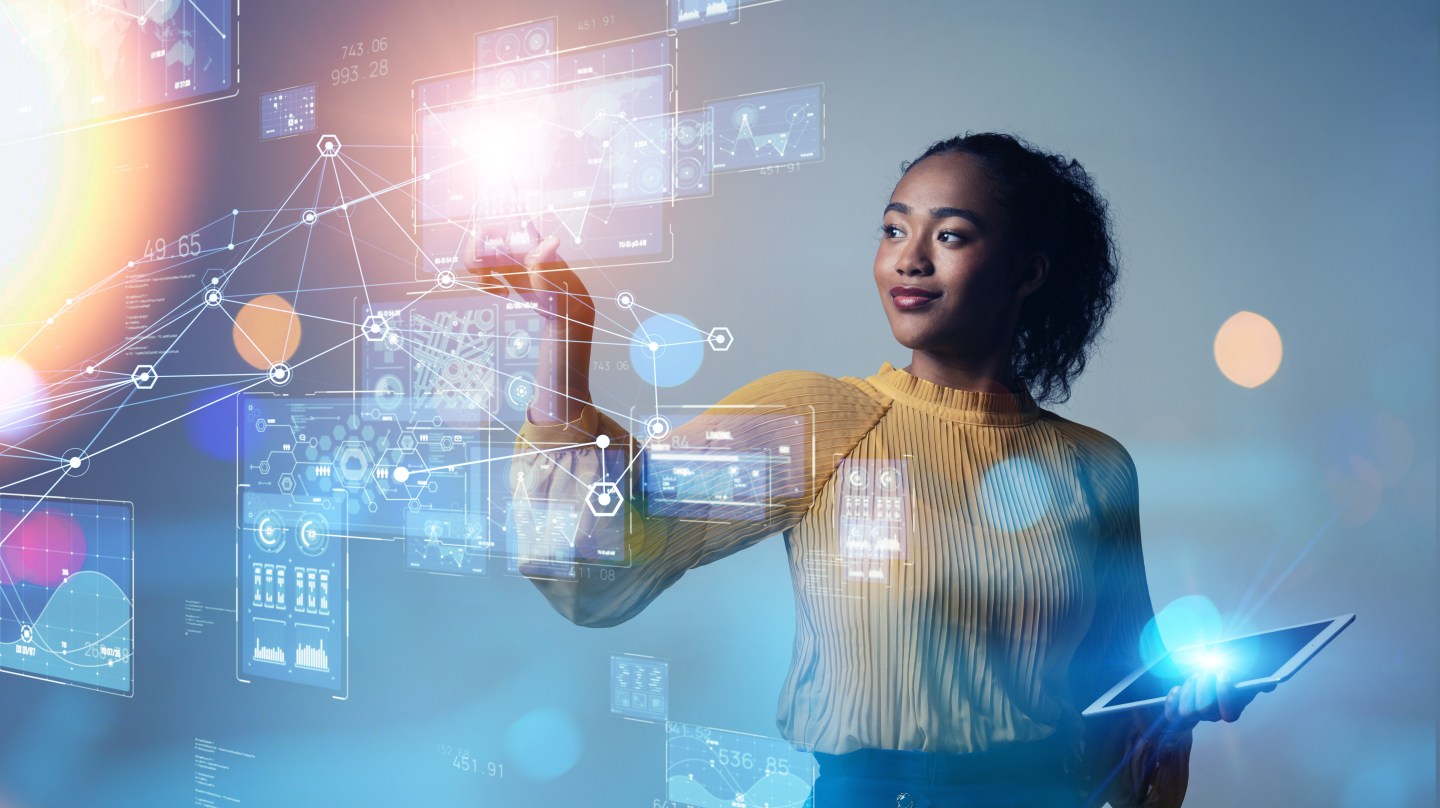 “Digital transformation is not just around automating your processes, doing a back office discipline, and making sure that you’re becoming more productive. There’s another piece that you have to do—the transformation around interacting with your customers. Doing both, a company can become ‘future ready.’” That’s what Stephanie L. Woerner, principal research scientist at the MIT Sloan School of Management, told me.

Woerner, also the director of MIT’s Center for Information Systems Research (CISR), is a co-author of the new book, Future Ready: The Four Pathways to Capturing Digital Value, along with fellow MIT research scientists Peter Weill and Ina Sebastian.

Since CFOs are increasingly at the center of major technology transformations, I asked Woerner to share some of the highlights of the research. The four pathways include: focusing on operational efficiency and fixing complexity first; focusing on customer experience first and eventually fixing complexities; addressing both in iterative steps; or just starting from scratch and creating a digital-native business unit. All pathways, or a combination, are said to be viable when looking at financial performance.

It’s vital to communicate and create a common language for the pathway so that everyone in the company understands and uses it to describe the journey, according to the research.

Beginning and ending with value

For five years, the group of experts conducted research on ways to leverage digital capabilities to innovate, engage, and satisfy customers. The findings are based on data from more than a thousand companies, case studies, and interviews. On average, it took 22 months before companies began to see measurable results from the digital transformation process, Woerner said.

If you’re purchasing pricey software and systems for digital transformation, she recommends monitoring how you’re capturing digital value with a dashboard:

– Value from operations. (implementing new platforms). “Is your cost of operations going down? Do you have more operational efficiency? Is your speed to market faster?”

– Value from your ecosystem. Bringing in partners and products and services from outside. “This is where you start to track things like revenues from partnering, and start taking stock of what kind of data you see from the ecosystem.”

Although all are important, when taking a look at each of the values individually, the value from customers contributed the most to revenue growth and profitability, she says.

An example? An organization that started with customer value is the cement company CEMEX. In 2017, they created the CEMEX Go mobile app geared towards construction site managers, Woerner explained. They could get pricing, ordering, advice, and also the ability to track a cement delivery.

“They got 90% adoption in one year of its release,” Woerner says. “Everybody began to move away from going out to the trailer on the building site and inputting things on the mainframe to doing it all on the mobile device. And this is a place where the CFO was really important because for a short period of time CEMEX had two platforms going on.”

With the CFO and team looking at operational value and efficiency, the focus was on reducing the cost to serve, as it was getting really quite high, but, at the same time, improving the experience of customers was still a priority, Woerner says. With the data, “the CEO eventually said, ‘Okay, now we’re gonna stop and integrate these two systems together so that now we have one system,'” she says. “They had to spend probably a year to 18 months doing that integration, but now they’re building on top of that.”

Regarding the ecosystem value, CEMEX has a building materials network called Construama, based in Mexico and other Latin American countries. CEMEX launched its Construrama Online store in 2018.

Woerner also mentioned the importance of friction-free data. But legacy systems and long-time habits are holding some firms back. “Most companies start in a place we call ‘silos and spaghetti,’” she says. “They’ve got one business unit silo, and another business unit silo, or even product silos. For instance, you can’t cross-sell if you have all of these silos.”

An example? “This is something that Schneider Electric found,” she explains. “They finished most of their big acquisitions in 2008. They had 198 business units, and they had 158 ERP [enterprise resource planning] systems, and they had this amazingly fragmented customer experience. Somebody who’s going to buy from one business unit, couldn’t buy from another.” By 2018, they were down to 12 ERP systems, she says.

So, it took Schneider Electric 10 years? “Yes, they were big and had done a lot,” Woerner says. “But not all transformations take that long.”

One thing is for sure, the time and effort put into digital transformation is beneficial to keep a focus on the customer, create new avenues of revenue, and stay competitive.

More Americans are worried about inflation than the shortage of employees, according to a new national survey by Pew Research Center. The three top concerns for Americans among seven items are the price of food and consumer goods (73% are very concerned), gasoline and energy (69%), and the cost of housing (60%). Fewer respondents are very concerned about product shortages (36%) and employers being unable to find workers (34%). The stock market’s performance or a shortage of jobs for people who want to work are also the least of concerns for most Americans, Pew found. Public economic concerns have shown little movement since the summer, according to the report. The findings are based on a survey of 5,098 adults, including 3,993 registered voters, conducted from Oct. 10 to 16.

"2022 Global State of Enterprise Risk Oversight," a joint commission with North Carolina State University and American Institute of Certified Public Accountants, and Chartered Institute of Management Accountants, reports on the ever-evolving status of risk globally. Sixty percent of global finance and business leaders surveyed agreed that over the past five years, the volume and complexity of corporate risk have increased “mostly” or “extensively." But over two-thirds of respondents do not have complete Enterprise Risk Management processes in place.

Nancy Buese was named CFO at Baker Hughes (Nasdaq: BKR), an energy technology company, effective Nov. 2. Buese brings more than 30 years of experience, previously serving as EVP and CFO of global mining company Newmont Corporation from 2016 until earlier this year. Before her role at Newmont, Buese spent more than a decade as EVP & CFO of MarkWest Energy Partners and EVP and CFO of MPLX following MPLX’s acquisition of MarkWest. Buese began her career in public accounting, starting as an accountant for Arthur Andersen and rising to be a partner at Ernst & Young until 2003.

"In terms of overall delinquencies, and I’ve been saying this since the spring, we are probably slightly worse than pre-pandemic norms. But all in all, really strong fundamentals."

—AT&T CFO Pascal Desroches told Yahoo Finance Live. As a barometer of consumer health amid inflation, the telecom company is monitoring whether subscribers are able to pay their phone bills on time.