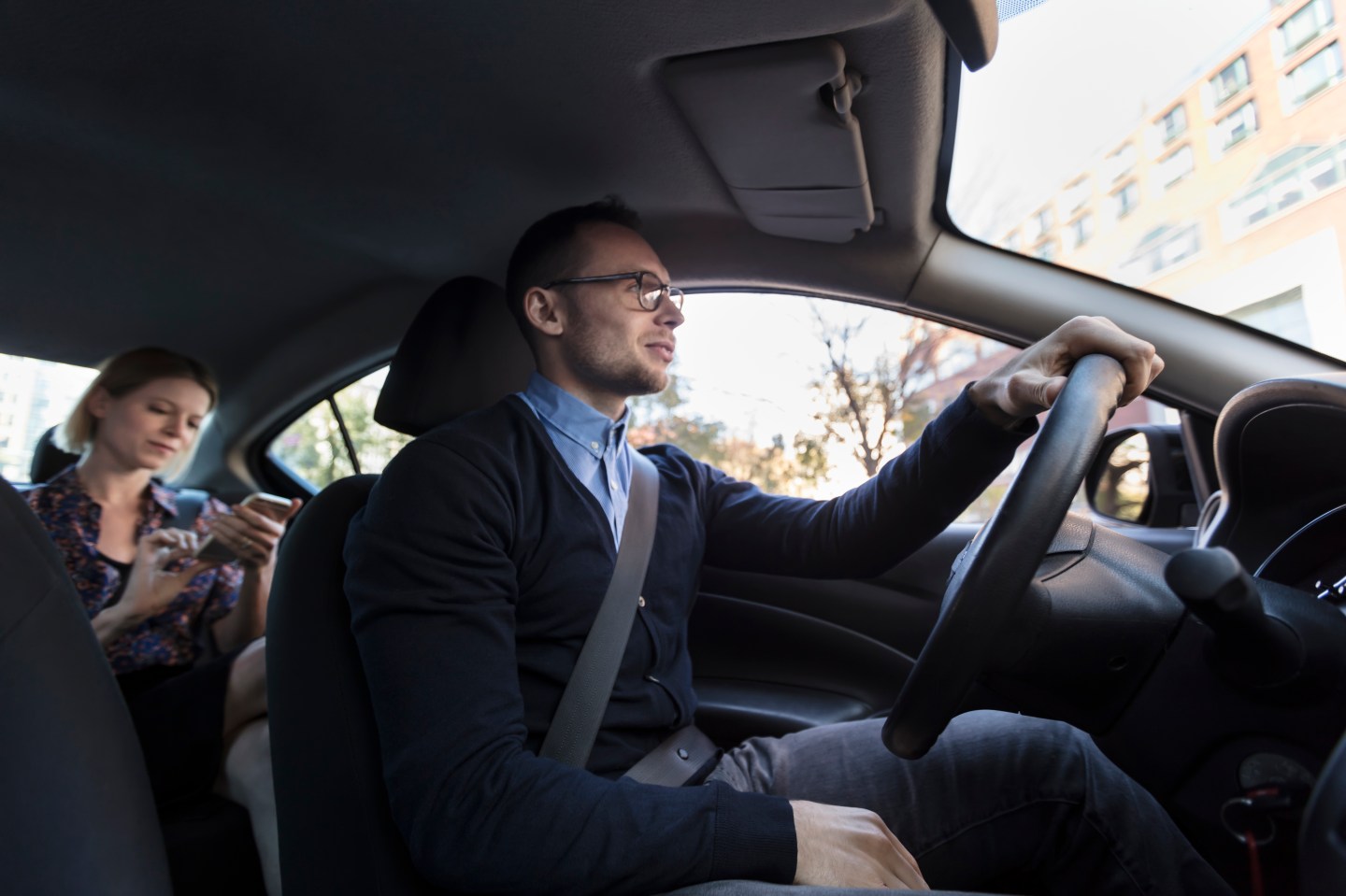 Uber is banking on autonomous vehicles and the supposed upcoming self-driving revolution to prop up its $1 billion advertising empire.

The company is launching a new in-house advertising arm that will create targeted ads for passengers informed by their destination history, Uber announced in a statement on Wednesday.

Uber’s advertising division is projected to become a “$1 billion-plus revenue opportunity by 2024,” advertising director Mark Grether, a former ad boss at Amazon, said at the company’s investor day last February, after seeing ad revenues balloon from $11 million in 2020 to $141 million in 2021.

But Grether and Uber may be thinking even bigger than that. While Journey Ads may at first only appear on riders’ phones, the ride-sharing service is clearly already thinking about how to make the advertising experience even more immersive if and when the company’s long-touted driverless cars start coming online.

“Cars will become our next living rooms,” Mr. Grether told the Wall Street Journal this week, referring to how self-driving technology will change the ride-sharing experience. “We spend eight hours a week in a car; it’s a huge advertising opportunity.”

Uber’s new advertising division will create curated so-called Journey Ads, which will connect with riders “throughout the entire ride process,” according to the company’s statement.

Passengers will be greeted with targeted ads from a single advertiser from the moment they open the Uber app, including while they are requesting a trip, waiting for a driver, during the ride itself, and once a user arrives at their destination. Journey Ads will draw on the rider’s personal ride history as well as the destination of the current ride to choose ads.

Uber is also advertising that users can buy products during the ride without leaving the app. The company is planning a pilot program to show ads on in-car tablet devices in Los Angeles and San Francisco.

Grether’s Journey Ads model does not address how the ad experience will change with autonomous technology, but Uber has certainly been investing in self-driving cars.

Uber’s self-driving unit—known as ATG—had spent over $1 billion on the tech in the five years of the division’s existence between 2015 and 2020, with few results to show for it. Uber finally sold its expensive autonomous vehicle unit to self-driving car company Aurora in 2020, after one of its semiautonomous test vehicles hit and killed a woman in Arizona. But while the company gave up on developing its own self-driving vehicle, that doesn’t mean it has given up on the technology altogether.

Uber could still be an important player in rolling out self-driving cars to the masses, through a network of robotaxis developed in partnership with third party companies specializing in self-driving tech.

Earlier this month, Uber signed a 10-year deal with Motional, a joint venture between car manufacturer Hyundai and autonomous vehicle company Activ. The deal will see Uber and Motional roll out robo-taxis in a number of U.S. cities starting later this year.

Uber competitors Lyft and Via have also moved forward with their self-driving car experiments this year. In August, Lyft and Motional launched their first fully electric autonomous robotaxi in Las Vegas, the same city where Via and Motional will launch their own joint robotaxi service, announced in February.

As part of Uber’s deal when it sold its self-driving car unit to Aurora in 2020, Uber maintains a 26% ownership stake in the company, which has made its name focusing on autonomous trucking and driverless package deliveries. Other self-driving companies have been attempting to bring autonomous ride-sharing cars to market themselves, including Alphabet-owned Waymo, which this week announced plans to expand its self-driving ride-hailing service—known as Waymo One—to Los Angeles.