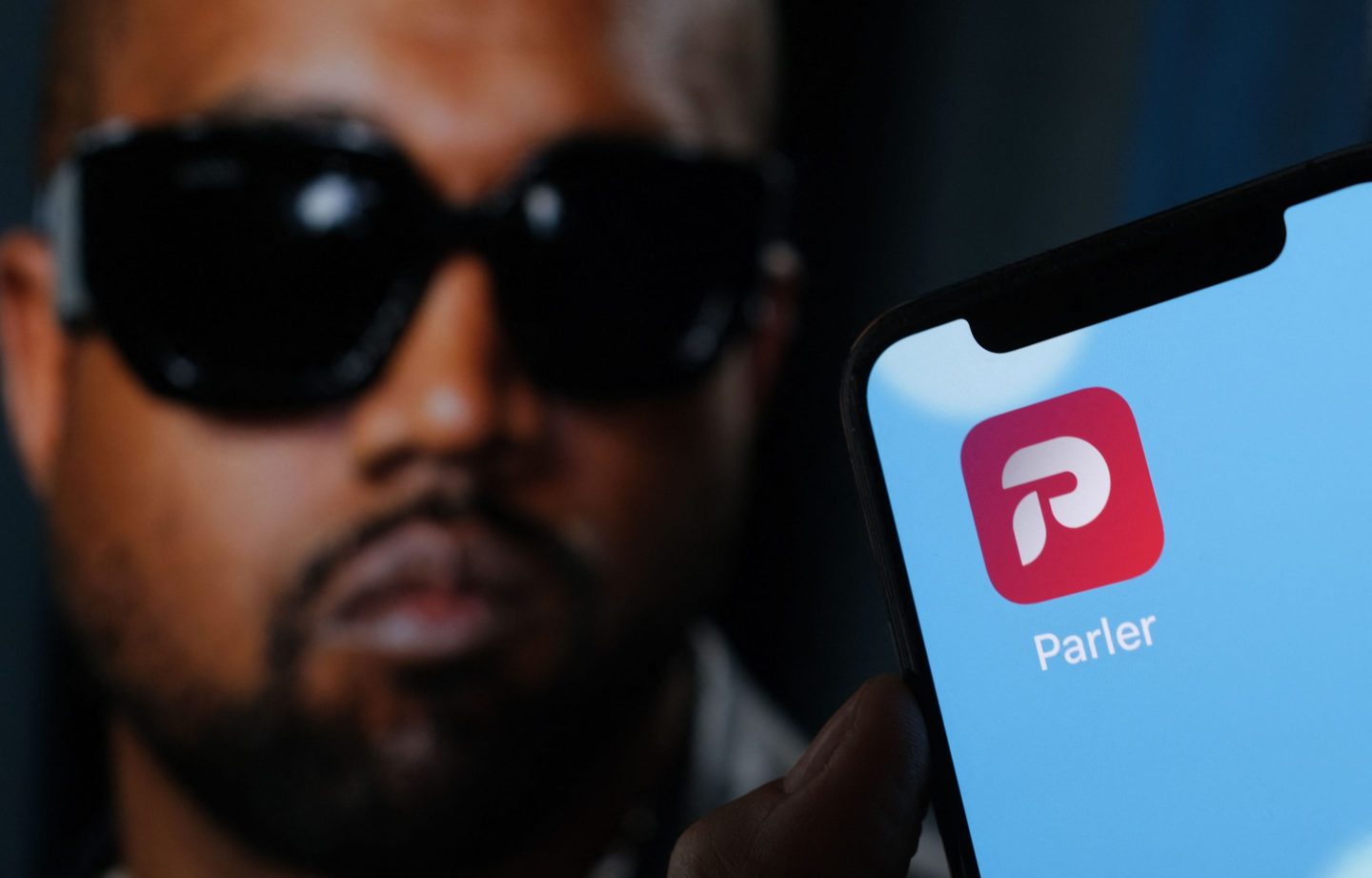 Parler was so excited to tell its users that the artist formerly known as Kanye West had decided to buy the social media network, it accidentally doxed all its members.

The platform has been embraced by conservatives who departed Twitter over allegations of political censorship, and West, a known lover of controversy, agreed to buy it earlier this week so those users could “freely express” themselves.

But in an email announcing the rapper’s involvement, the company publicly copied in 300–plus email addresses of its verified VIP members instead of blind copying, allowing their personal contact details to be visible to everyone else in the email chain.

The incident was revealed by newsletter writer Adam Ryan who shared screenshots of the original message from Parler about the “monumental new chapter,” explaining that they expected the acquisition to be complete by the end of the year and describing their VIP members as “an invaluable part of the Parler family and experience.”

Which members were affected?

Among those were well-known right-wing politicians, according to a report by The Daily Dot, including Sen. Ted Cruz and former President Donald Trump.

Other notable individuals include Daily Wire contributor Matt Walsh, Tim Pool, and Laura Loomer, and journalists from outlets including The Epoch Times, One America News Network, and The Federalist.

Doxed members responded to the mass email with a flurry of mixed reactions.

“Hi everyone! It’s a pleasure being doxxed with such a fine crew,” wrote a prominent right-winger included in the list.

@Trackinflation tweeted that it involved “just a bunch of nobody verified accounts pushing their own product. Racial slurs. Upset individuals getting doxxed. One guy was pushing racist websites he ran.”

Parler did not immediately respond to a request for comment.