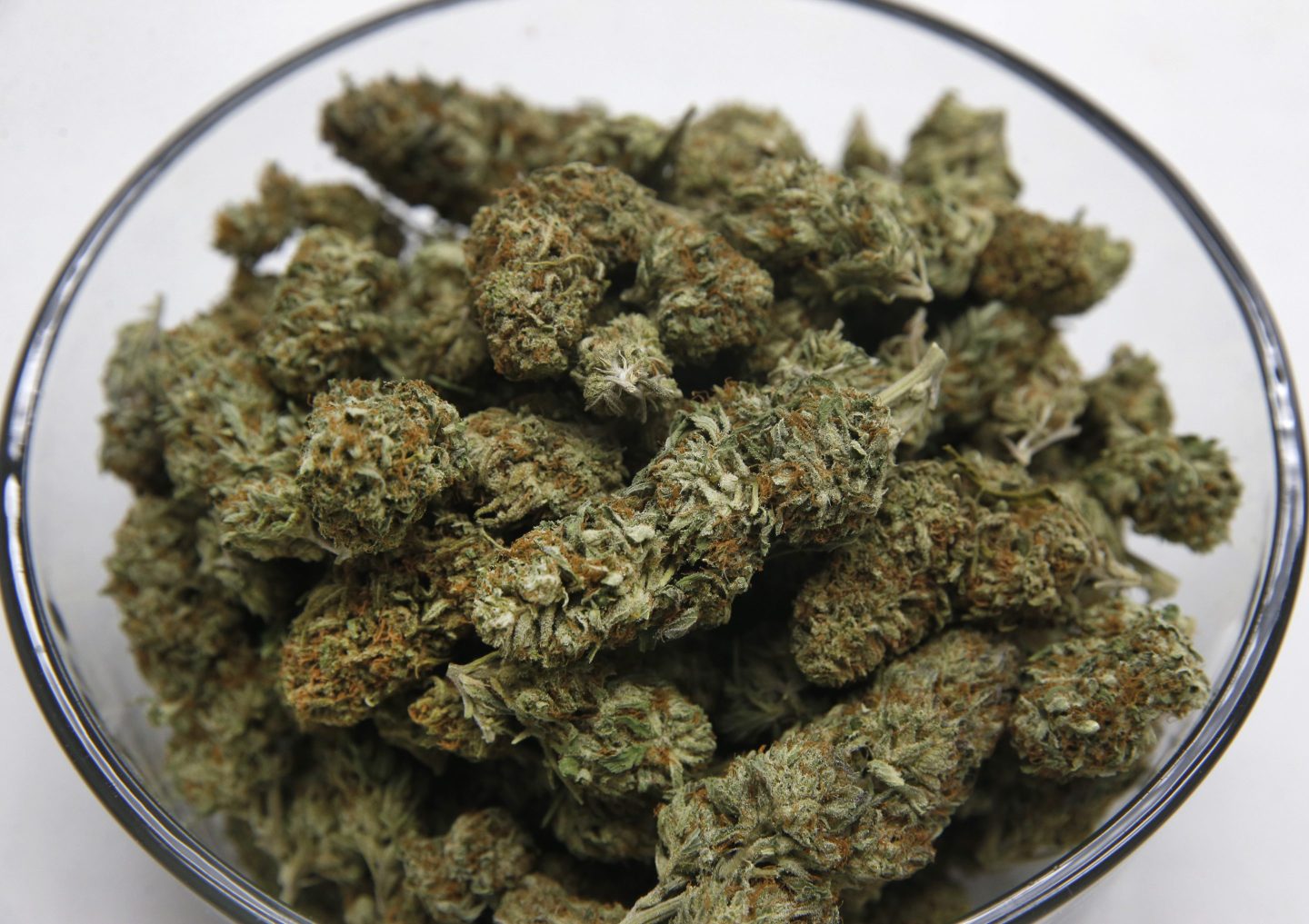 You can now order marijuana to your home in Toronto.
Paul Chinn—The San Francisco Chronicle/Getty Images

Four years ago, cannabis was illegal in Canada. Now, Torontonians can order weed to their homes using UberEats.

In the first-ever move to make marijuana delivery available through a third-party delivery platform, UberEats customers in Toronto aged 19 and above will now be able to order weed to their homes starting Monday.

The orders can be made on UberEats, but will be delivered by cannabis retailer Leafly from three retailers located around Toronto: Hidden Leaf Cannabis, Minerva Cannabis, and Shivaa’s Rose.

But there is a caveat: To conform to Canadian law, when the weed does show up, buyers will have to verify their age and sobriety to complete the purchase.

How is legal cannabis in Canada going?

On Sept. 22, the Canadian government launched a review of the country’s 2018 legalization of recreational cannabis use to evaluate its impact on youth, indigenous minorities, and others, while also analyzing the effect it has had on the economy and the illegal marijuana market.

The mandated review, coming one year late due to the pandemic, is expected to take 18 months and will examine the 25% of the population, or 9.5 million Canadians, who use the drug, according to 2021 government data.

So far, the legalization of cannabis in Canada has drastically lowered the number of possession charges and in doing so reduced systematic inequality in the country.

Against the wishes of some Canadian ministers at the time, who feared legalization might encourage use, particularly among teenagers, Prime Minister Justin Trudeau unveiled a bill to legalize marijuana in 2017 so that everyone—not just the well-connected and wealthy—could avoid criminal prosecution for marijuana.

Recounting his own experience with the system, Trudeau said in a 2017 interview with Vice that his late brother Michel was found carrying a couple of marijuana joints by the police in 1998, and his father, former Prime Minister of Canada Pierre Trudeau came to the rescue.

“We were able to make those charges go away,” Trudeau said. “We were able to do that because we had resources, my dad had a couple connections, and we were confident that my little brother wasn’t going to be saddled with a criminal record for life.”

Possession charges began to drop precipitously soon after marijuana was legalized—from 26,402 in 2018 to a mere 46 a year later—according to Statistics Canada. This has had an outsize effect on racial inequality, as before the legislation was put into place, Black Canadians received 34% of marijuana charges, while only making up 8.8% of the population.

But while legalization helped cut possession charges, buyers are still turning to illegal sellers due to the small number of licensed outlets and the high retail prices. While this has changed significantly over the years, as Ontario increased the number of retail licenses issued per month, a large portion of weed buyers are still sourcing marijuana on the black market.

When announcing the review, Health Minister Jean-Yves Duclos said at a news conference that preliminary data this year showed 69% of the cannabis market has moved from illicit sources to legal, regulated suppliers. This is up 64% in 2021, 54% in 2020, and 37% in 2019, according to the Statistics Canada’s 2021 Canadian Cannabis Survey.

Additionally, the review will examine the impact of legalization on addiction in the country. Addictions Minister Carolyn Bennett said, “We knew that young people are at increased risk of experiencing harms from cannabis, such as mental health problems including dependence and disorders related to anxiety and depression.”

She noted that while public awareness campaigns have made “young people more aware of the harms of consuming cannabis,” their level of consumption has remained relatively stable since legalization, not falling as hoped.