Beyond Meat fires nose-biting executive, cuts sales outlook, says it will lay off a fifth of its staff 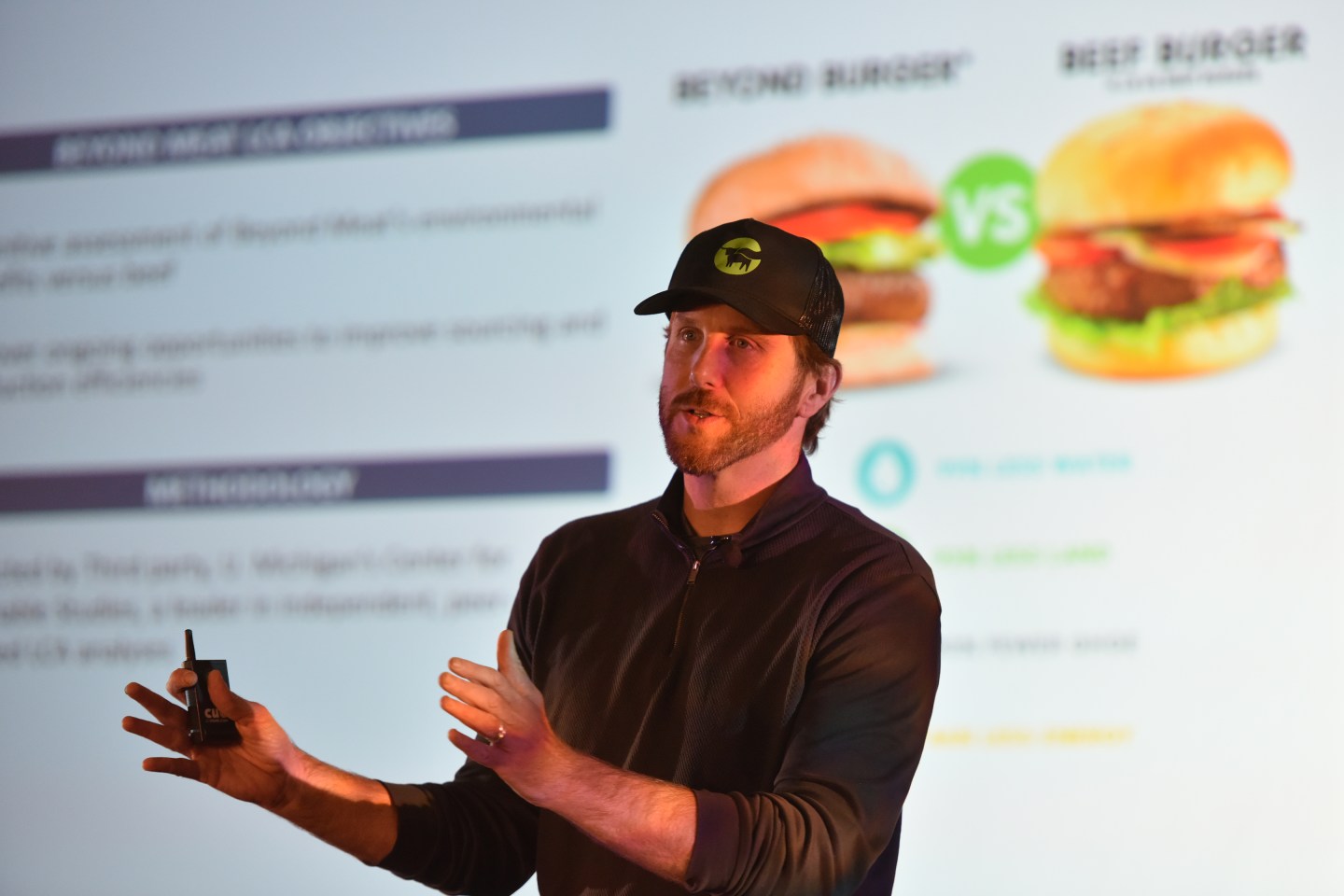 Beyond Meat Inc. shares tumbled after the maker of alternative burgers lowered its full-year sales outlook and said it will cut about a fifth of its global workforce, including several top executives.

The company, which has been hit by a shift away from plant-based eating as inflation surges, said it now sees net revenue of $400 million to $425 million. That’s down from previously lowered guidance of $470 million to $520 million.

Beyond Meat also said it’s cutting about 200 jobs, or roughly 19% of its workforce. It announced the departure of its chief operating officer, chief financial officer and chief growth officer.

Bloomberg reported Thursday that Beyond Meat was conducting further layoffs, following a round of cuts made in August.

Beyond Meat now expects positive cash flow in the second half of 2023.

COO Doug Ramsey, who was suspended in September after he was arrested on allegations that he bit a man’s nose, is leaving the company, Beyond Meat said Friday. The incident occurred during an altercation after a college football game in Fayetteville, Arkansas.

CFO Philip Hardin is stepping down to pursue another opportunity, the company said. Lubi Kutua, the vice president for financial planning & analysis and investor relations, will take over that post.

Deanna Jurgens, the president of North America and global chief growth officer, is also leaving, and that role is being eliminated.

The plant-based category has broadly cooled off. Sales of refrigerated meat alternatives declined almost 11% in the 12 months ended Oct. 2, according to IRI data. Earlier this month, JBS SA, the world’s largest meat supplier, said it would discontinue operations at its US plant-based unit Planterra. Closely held Impossible Foods Inc. dismissed about 6% of its 800-person workforce, though it has said that its sales are growing.

–With assistance from Deena Shanker.