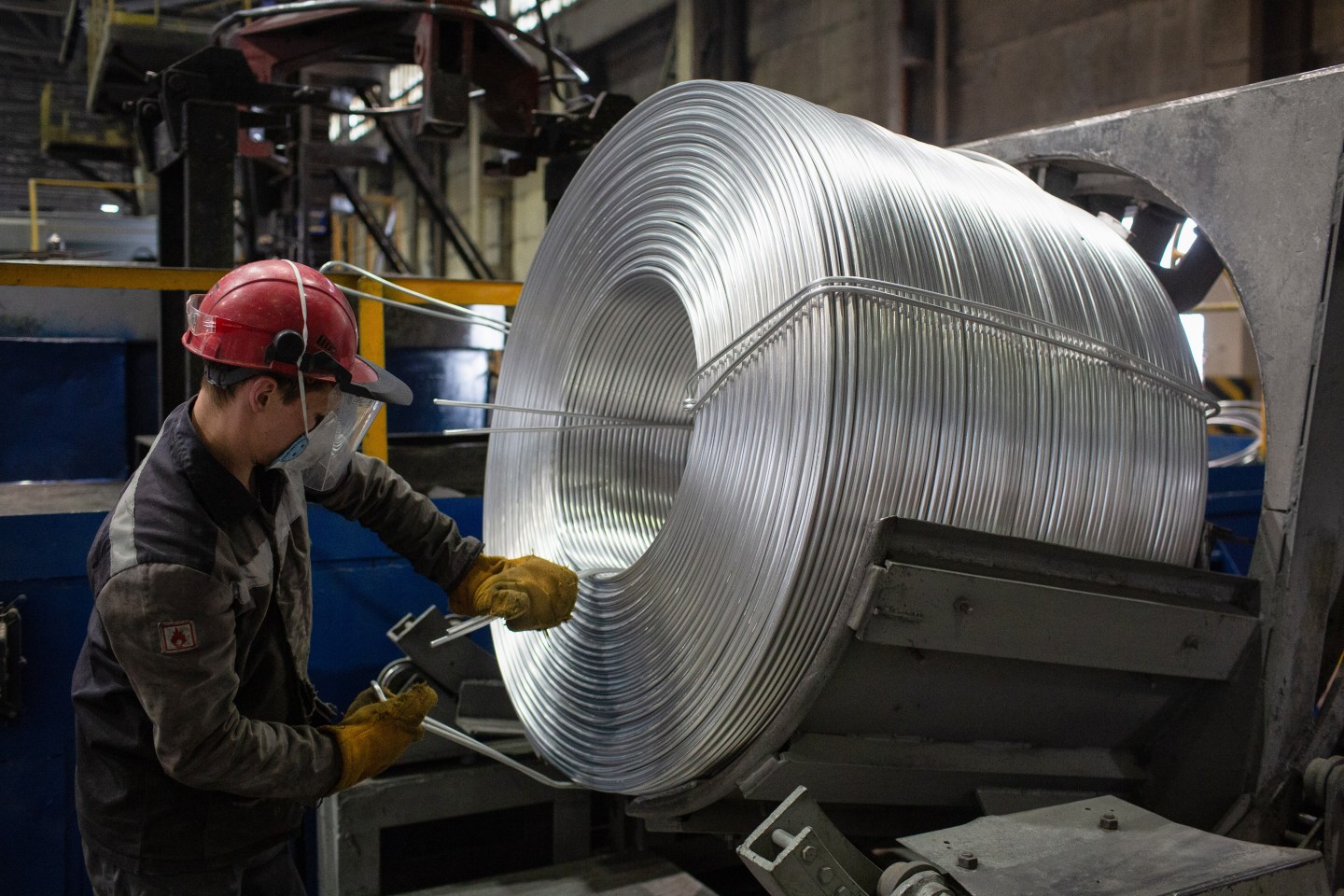 A worker in April 2021 at Russia’s Rusal—one of the world’s biggest producers of aluminum.
Andrey Rudakov—Bloomberg/Getty Images

Russia’s missile attacks on civilian targets in Ukrainian cities this week have prompted calls for more Western sanctions on Moscow, and the first of those possible penalties are now coming to light.

The White House is reportedly considering escalating its economic crackdown on Russia by targeting one of its major commodity exports, a move that has rattled markets.

Bloomberg reported on Wednesday that the Biden administration was contemplating sanctions on imports of Russian aluminum.

Aluminum prices on the London Metal Exchange (LME) surged 7% higher Wednesday on the back of Bloomberg’s report, briefly reaching $2,400 a ton.

Front-month aluminum contracts on the LME were up by around 3.5% by the end of Wednesday’s trading session, and on Thursday had edged even higher. Aluminum futures with longer expiry dates into the end of the year and early 2023 were trading more than 3% higher on Thursday.

Biden is reported to be considering three options in terms of sanctioning aluminum produced in Russia: an outright ban; increasing tariffs on the metal to a level that would effectively impose a ban; or sanctioning Rusal—the firm that produces Russia’s aluminum.

The possible moves come after the Kremlin escalated its attack on Ukraine this week, launching a massive wave of fresh missile strikes across the country on Monday that has continued in the days since. The attacks have been condemned by the U.S., with Washington labeling Russia’s latest moves as “brutal.”

In the wake of the new round of widespread missile strikes, which have killed at least 19 people, Ukrainian President Volodymyr Zelenskyy called on his country’s allies to impose more sanctions on Moscow in response to its “new wave of terror.”

Aluminum—used in architecture, cars, smartphones, and power lines—has so far evaded sanctions in the U.S., which has actually stepped up its imports of Russian aluminum since Moscow’s invasion of Ukraine in February, according to Reuters.

Russia is one of the world’s biggest exporters of aluminum, with Rusal being the world’s largest producer of the metal outside China and accounting for around 6% of global production. In 2019, precious metals and stones were the second biggest category of goods imported into the U.S. from Russia.

Last week, the LME launched a consultation on the possibility of banning Russian aluminum—along with other metals—from being traded and stored in its system.