Chinese universities are gaining ground on American institutions in a ‘shift in the global knowledge economy’. Here’s what’s driving the change 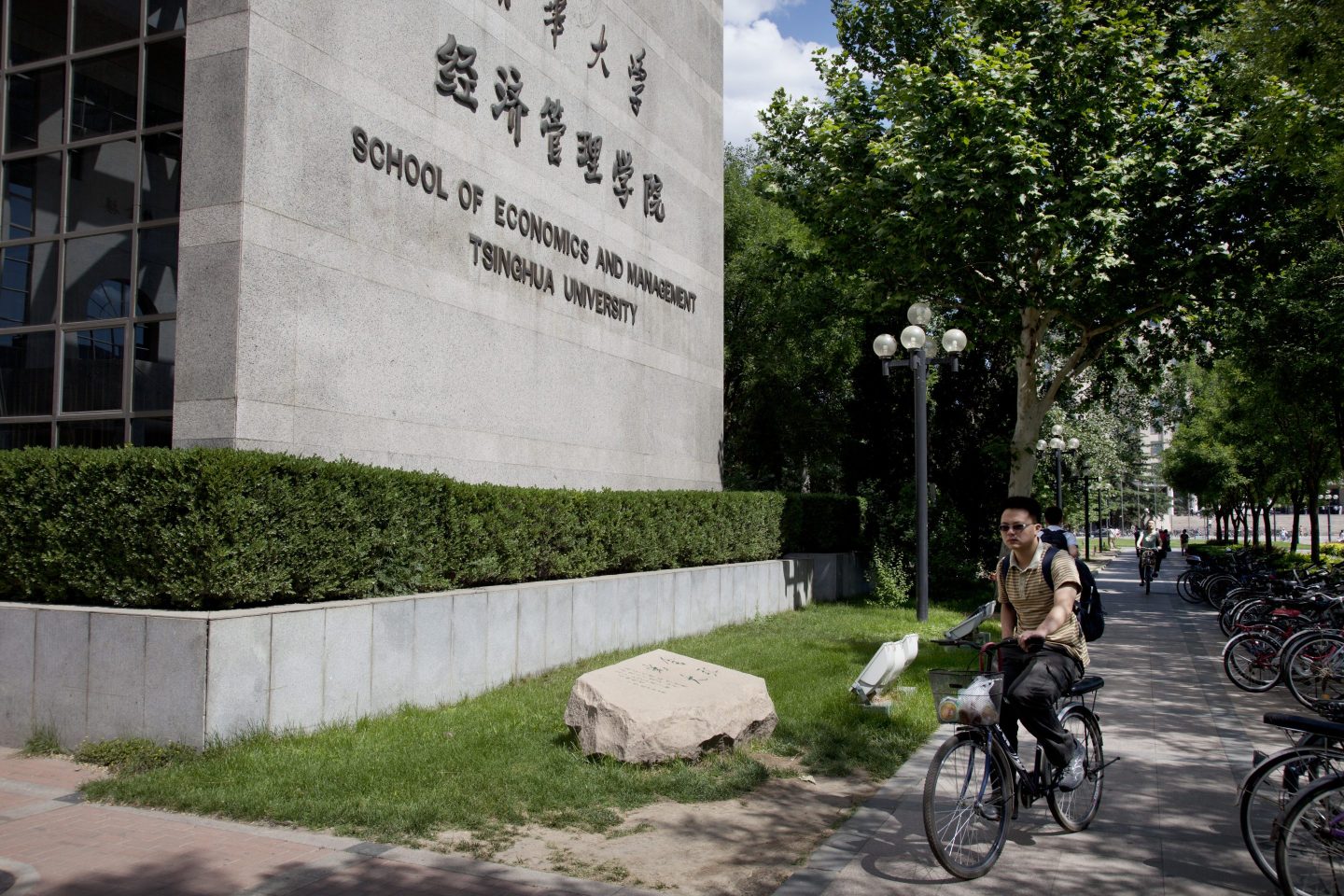 The number of American universities in top spots are falling off the World University Rankings by Times Higher Education, while the number of Chinese schools is rising
In Pictures Ltd./Corbis/Getty Images

The number of U.S. universities in the top 100 of the World University Rankings by Times Higher Education has dropped for the fifth year running, while the number in China sits at an all-time high.

While the U.S. and the U.K. still dominate the top slots in the Times ranking, which tracks universities based on their teaching, research, knowledge transfer, and international outlook, the number of American institutions in the top 100 fell from 43 to 34 between 2018 and this year, while the number of Chinese universities increased from two to seven.

“The data is very clear: we are seeing a real shift in the balance of power in the global knowledge economy, away from the traditionally dominant western world,” Phil Baty, chief knowledge officer of the Times Higher Education and rankings editor said in a statement.

Baty notes that while the U.S. and U.K. remain dominant at the top of the rankings, with Oxford University taking first place for the world’s leading research university for the seventh year in a row, their “relative power is waning: mainland China leads a strengthening in East Asia, taking more and more of the top 200 places, and the Middle East is seeing a real renaissance in higher education.”

Although China’s power is undoubtedly growing, the U.S. still holds seven of the top 10 slots.

The first Chinese university on the list comes in at 16th place, which is jointly shared by Peking University and Tsinghua University. Five years earlier, both schools found themselves below 30th place.

But beyond the top 20, America’s position is drastically changing.

One of the main drivers in China’s exaltation into the rankings of the Times Higher Education list was driven by their advanced COVID research and the number of citations on their papers.

In last year’s rankings, Caroline Wagner, endowed chair in international affairs at Ohio State University, said in a statement that “the first three or four most important articles that came out on Covid were all from China,” adding that in the long term she expected the rise in citation impact to “steadily continue beyond the current pandemic, mostly because China is already the global leader in scientific publications.”

In a paper published by the journal Scientometrics in 2022 co-authored by Wagner, China had also overtaken the U.S. in the number of “high impact” studies it published by 2019, with China not only producing more research, but research of a higher caliber—taking a greater share in the top 1% of papers most cited globally.

“The US has tended to rank China’s work as lower quality. This appears to have changed,” Wagner said in the paper.

China’s rising academic output can also be seen in the number of patents it produces. China’s share of international patents rose from 16% in 2010 to 49% in 2020. Over the same time frame, the share of U.S.-borne patents declined from 15% to 10%, according to the National Science Foundation.

In Empire of Ideas, a book written by William C. Kirby, a professor of China Studies and Spangler Family Professor of Business Administration at Harvard University, the rise of Chinese universities may be the rejigging of the global order and a shift in the balance of power.

“In 2022, as Chinese universities climb quickly in global rankings and attract more than a half-million international students to their campuses, this cannot easily be separated from China’s return to a position of global power and influence,” Kirby wrote in the introduction of his book.

Another part of the decline could be due to a fall in the West’s attractiveness as a destination for international students. The U.K. and the U.S., both extremely popular destinations for international students, lost market share in students coming from abroad from 2008 to 2019, according to the Migration Observatory by the University of Oxford, while China gained its market share.

The number of undergraduate students from mainland China studying in Hong Kong universities also grew to record highs in the last academic year, due to intensified geopolitical tensions between China and the U.S. and U.K.

According to the University Grants Committee, 8,622 mainland students enrolled in undergraduate programs at Hong Kong’s eight government-funded universities in the last academic year— up 13% compared to 2020-21.

Geopolitical tensions aside, the top 200 on the Times Higher Education list is the most diverse it has ever been with 104 countries and regions this year, compared to just 70 in 2016.

“I think this shift – a global leveling up – is good news for the world. A rising tide is lifting all boats: access to top quality education is opening up globally and helping to diminish the brain drain from developing countries,” says Baty.