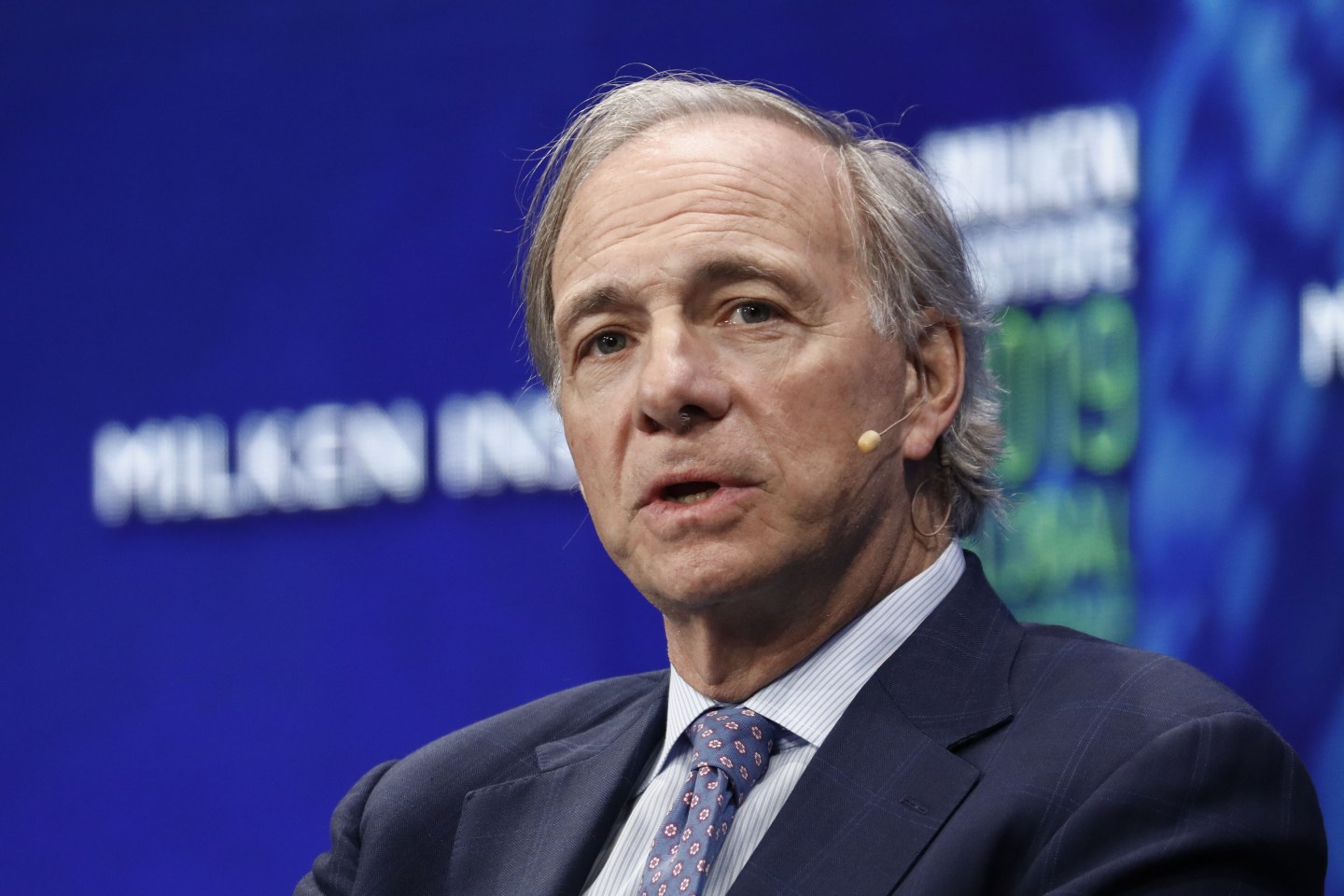 The U.S. economy’s paradigm shift away from the era of low interest rates and “free money” is going to be painful, according to billionaire investor and Bridgewater Associates founder Ray Dalio.

The Federal Reserve has a difficult task ahead of it: Bring down soaring inflation without triggering a severe and prolonged recession. But the central bank may have its work cut out for it as it deals with what Dalio calls a “perfect storm” of crises.

“Because of the size of the issues we are dealing with, it’s not something we are used to because of its magnitude,” Dalio said in an interview with Bloomberg Wednesday at the Greenwich Economic Forum in Connecticut.

Dalio, who last week ceded control of his $150 billion investment firm, said that the U.S. is facing a triad of conflicting challenges: A bad economic situation caused by rising debt levels and “ridiculously stupid” low interest rates, political infighting between Democrats and Republicans, and the economic consequences of the Ukraine War.

“Traditionally those three things are the perfect storm. They all affect each other,” Dalio said.

To bring down inflation, the Federal Reserve has resorted to an aggressive series of interest rate hikes—five so far this year with more planned for 2023.

It’s a reversal from the extremely low interest rates the Fed maintained throughout most of the pandemic, which Dalio called “ridiculously stupid.”

The Fed’s low interest rates during the pandemic and large government stimulus programs left behind lots of government debt, creating a “bubble” in the U.S. economy, Dalio said. The central bank is now rapidly trying to shrink this bubble by putting the brakes on the economy, but the process will inevitably cause “pain” to markets.

“They’ve produced this giant lurch forward, and now will raise interest rates to the point that there’s enough economic pain and financial market pain to deal with that,” he said.

And while bringing down inflation fast is the Fed’s priority, the central bank also has to contend with two conflicts—one domestic and one international—that threaten to strain the economy even more.

Dalio said there are “irreconcilable differences” between the left- and right-wing political parties leading the U.S. today, and this has contributed to a huge wealth gap and socioeconomic crisis that the country hasn’t seen since the early 20th century.

Additionally, the Ukraine War threatens to place an even larger burden on the U.S. economy as the Fed navigates its way out of inflation. The war has so far cost countries allied with NATO, including the U.S., around $8 trillion, Dalio said, with reconstruction costs likely to keep piling onto the U.S. economy’s tab.

“It’s not like we’re going to stop the spending, so you have to achieve that financial balance in some kind of a way,” he added.

The Ukraine War may have cost the global economy as much as $8.9 trillion so far, according to an August study by the C.D. Howe Institute, a nonpartisan economic think tank based in Canada. Other studies have been more conservative, with the OECD last month estimating that the war has so far cost only $2.8 trillion, although the OECD report notes that the figure could be much higher as the conflict continues to slow down economic activity in developed nations.

Dalio said that the Fed will eventually be able to bring inflation to an annual rate of 4% to 5%, down from the 8.3% recorded last month, but this will require interest rates to keep rising. Interest rates could go as high as 4.5%, up from 3.25% today, after which “the economy could not take an interest rate much higher than that,” Dalio said.