The new board metrics of success 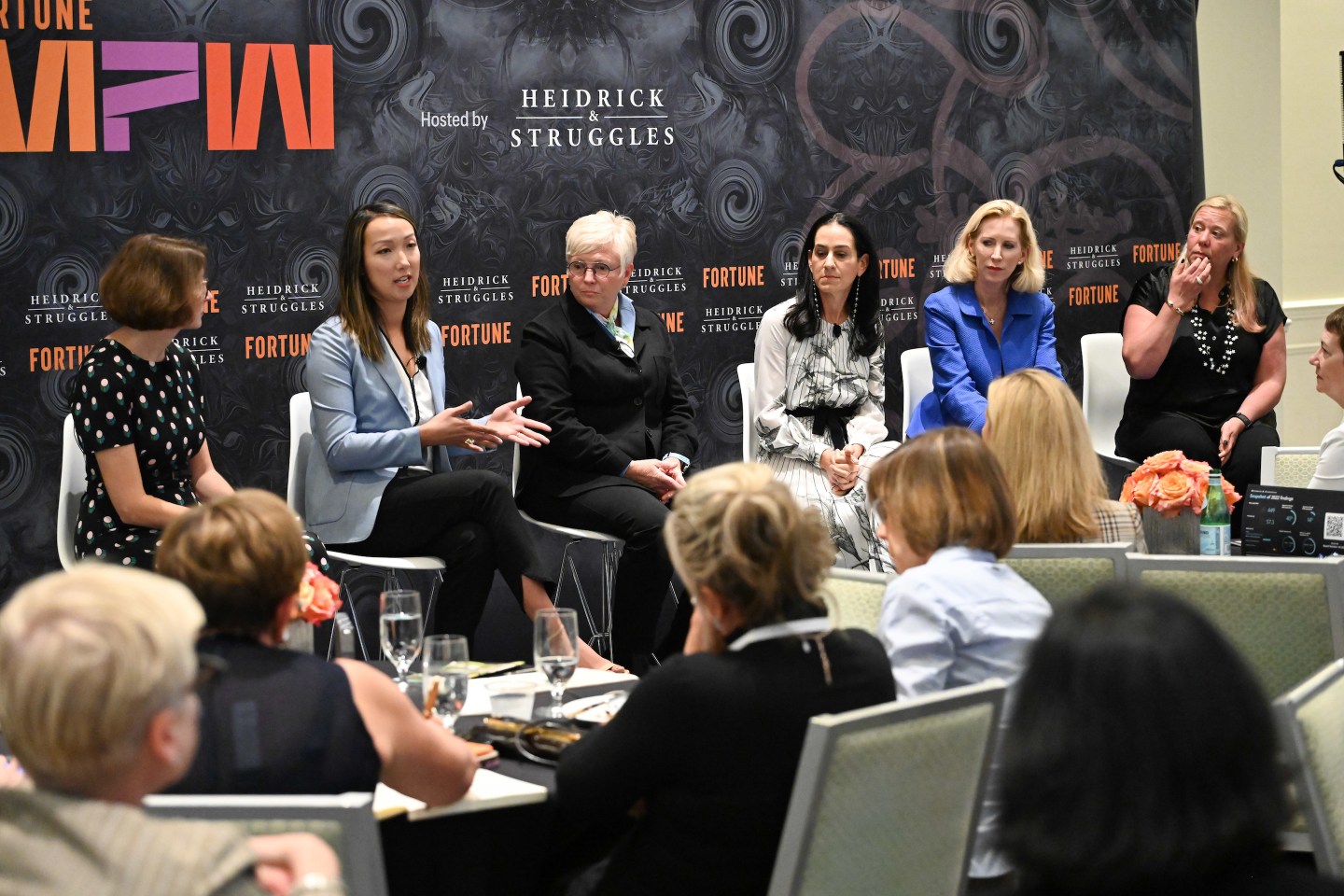 Executives from Marriott, Salesforce, Schneider Electric, and PwC discuss the new challenges for board members in 2022 at Fortune’s Most Powerful Women Summit in Laguna Niguel, Calif., Oct. 10, 2022.
Stuart Isett for Fortune

Successful boards prize diversity of thought and backgrounds, recruit from a variety of expertise, and regularly engage in self-reflection through assessments and mentoring of its own members for best outcomes.

And increasingly, women occupy a significant percentage of boardroom positions—even as laws governing their inclusion are being overturned in some states.

“I think there’s a movement, I think that there’s a value, and we see it reflected in the management teams as well,” said Annette Clayton, CEO of Schneider Electric North America. “The tone at the top is what really matters, right?”

Five female board members discussed their experiences on both private and public boards during a panel at Fortune’s Most Powerful Women Summit in Laguna Niguel, Calif., on Monday. And each executive talked about her experience being recruited to or recommended for a board position.

Clayton has served on boards for 20 years and described her path from being the first (and “token”) woman on a board years ago to now “looking around the table and seeing people of all diversities.”

“There hasn’t been legislation, and I’ve seen a big change,” she said.

Mentorships helped transform many of the women into great board members.

Clara Shih, board director at Starbucks and chief executive officer at Salesforce Service Cloud, was 29 when she joined her first board 12 years ago. A fellow board member met with her for breakfast before each meeting and had coffee with her after each one to debrief.

“That real-time feedback really helped me grow as a board member,” she said.

But what surprised many on the panel was how much they gained from their board experiences, which lent itself to their full-time jobs.

“I was shocked at how similar the hotel business and the home improvement business was,” said Stephanie Linnartz, president of Marriott International and director at the Home Depot. “When I started talking to every board member I started realizing—as I was learning more about the price of lumber—how much that applied to the hotel business and the issues we were having with construction starts or what have you.”

Linnartz’s experience at the Home Depot ended up being helpful to her full-time role at Marriott that way.

Linnartz is only allowed to serve on one board as a Marriott employee, and Clayton was the only Dell employee serving on a board when she was hired there years ago, as well. Now, though, every Dell executive she works with is serving on a board.

“Michael Dell, at the time, grew to realize you were bringing back as much as you were contributing, and it was broadening your lens as an executive,” she said.

The women on this week’s panel said they’re now paying it forward, trying to usher in a new generation of diverse board leadership.

“I have made it my mission to get as many women that I know that want to be on a board, on a board,” Linnartz said. She now sends résumés of women she knows to those looking to recruit members.

Shih, too, was recruited to the Starbucks board. “I was just doing a quick tally this morning,” she said. “I’ve helped refer seven women who are now on Fortune 500 boards, and they did all the work, but to that point, so much of it is referral driven.”

One way to break in is by starting on nonprofit or private boards, said Jane Lauder, executive vice president of enterprise marketing and chief data officer for the Estée Lauder Companies.

“Even though it’s not quite the same thing, there’s still the quality of the leadership—if it’s there—the diversity of the opinions in the board, building those relationships,” she said. “All of that is important to think about your next step to join, whether it’s a private or public board.”