A robot ‘artist’ makes history by answering questions in British Parliament: ‘Although not alive, I can still create art’ 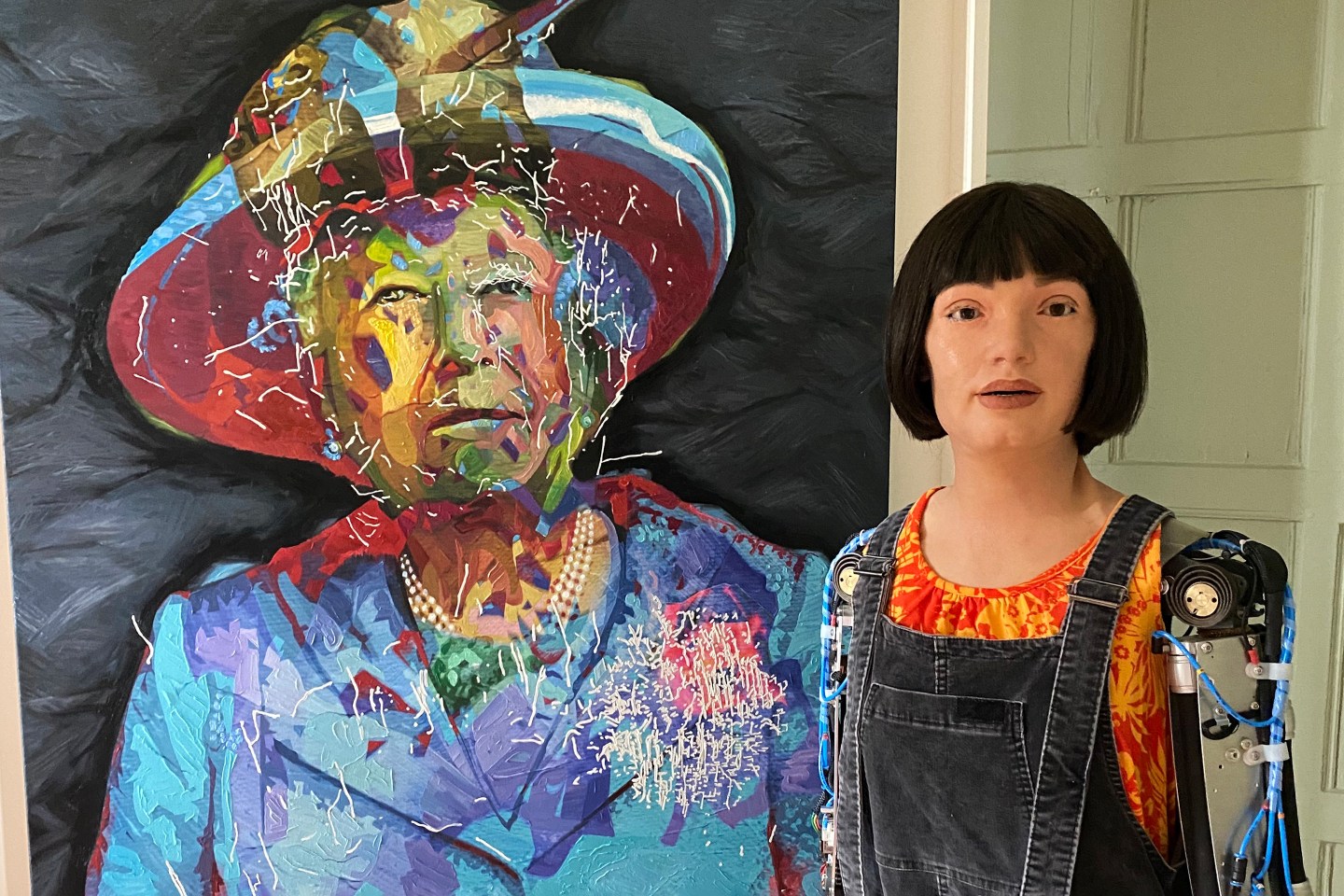 Robots are doing everything these days, from flipping burgers to manning large warehouses. And now, one is giving evidence to a room full of British lawmakers.

Ai-Da, the world’s first “ultrarealistic A.I. humanoid robot artist,” was part of a parliamentary inquiry Tuesday about how technologies will impact creative industries, Reuters reported. In doing so, it made history as the first robot to speak at the House of Lords.

“I am, and depend on, computer programs and algorithms. Although not alive, I can still create art,” Ai-Da told the House of Lords committee. The robot uses cameras in its eyes programmed with A.I. algorithms and robotic arms to create “visually appealing images,” according to the robot.

The testimony was part of an inquiry for lawmakers to better understand how intellectual property and the creative workforce may be affected by the advancement of new technologies. The humanoid robot artist was devised by Aidan Meller, an art dealer and gallery director. Meller was also present at the inquiry.

The purpose behind creating a robot with artistic capabilities was to think about and question the world around us, Ai-Da’s website notes. More specifically, the robot artist “creates art, because art no longer has to be restrained by the requirement of human agency alone.”

During the session, Ai-Da was also asked about the role of technology in creating art in the future.

“There is no clear answer as to the impact on the wider field [of art] as technology can be both a threat and an opportunity for artists creating art,” Ai-Da said in response.

Tina Stowell, the committee’s chair, noted at the start of the session that it was a “serious inquiry” and that Ai-Da “is providing evidence but is not a witness in its own right, and it does not occupy the same status as a human.”

During the session, Ai-Da read out typos from a prepared script and had to be rebooted, the Guardian reported.

Aidan Meller did not immediately return Fortune’s request for comment.

The robot was developed by scientists at the University of Oxford in February 2019 and was named after the 19th-century mathematician and computer programmer, Ada Lovelace. It has created several works of contemporary art, which include paintings, drawings, and sculptures. To mark the late Queen Elizabeth’s Platinum Jubilee this year, it painted a portrait called Algorithm Queen.